SHAFAQNA- Following the trip to New York and attending the Economic and Social Council of the United Nations (ECOSOC), Iran’s Foreign Minister Zarif travelled to South America for bilateral meetings with officials of Venezuela, Nicaragua, Bolivia and Senegal.

Iranian Foreign Minister Mohammad Javad Zarif landed in the American city of New York on Saturday, July 14 to attend the annual meeting of the high-ranking officials of the United Nations Economic and Social Council, where he gave several interviews with US and British Media outlets despite the restrictions on him.

Zarif left for Venezuela, where he attended the Ministerial Meeting of the Coordinating Bureau of the Non-Aligned Movement (NAM) and held a meeting with President Nicolás Maduro, mehrnews told.

At the meeting, Zarif emphasized that the new wave of the extremist unilateral adventure of America is the most important challenge that the world is facing.

Once in Caracas, Zarif blamed Washington for sparking unrest not only in the Persian Gulf, where incidents involving drones and oil tankers have brought the region to the brink of conflict, but also Latin America.

“Wherever the USA steps, she brings instability and insecurity. Today in the Middle East and the regions of South America and Latin America, USA is creating instability and insecurity,” he added. “We do not know anywhere in the world that [the presence] of the USA has brought stability or security. Wherever they go they cause instability, pressure on people and [an] increase in radicalism and terrorism”, newsweek pointed out.

Iranian foreign minister met with the president of Venezuela and discussed bilateral relations and other issues of mutual interest.

Zarif also exchanged views with Rodríguez on ways of advancing relations between Tehran and Caracas, as well as the most important regional and international issues, ISNA told.

During meeting with Iranian foreign minister, the president of Venezuela in a jok with journalists, describe him as a drone. Nicolas Maduro told the photographers and journalists present at the meeting with Mohammad Javad Zarif to joke: “Take a movie, he is a drone in himself”, abna24 mentioned.

The Iranian top diplomat also visited Nicaragua on the second leg of his tour of Latin America.

In a Monday meeting with Ortega, Zarif once again berated Washington for imposing sanctions on countries.

“Contrary to all laws, regulations and resolutions, the US government commits economic terrorism against independent nations,” said the top Iranian diplomat.

The Nicaraguan president, in turn, said his country never accepts the concept of US sanctions as they are not in accordance with international law.

“Washington’s sanctions on the Iranian and Nicaraguan nations are unilateral and illegal,” he said.

Ortega underscored that everybody is dismayed at the situation created by the US in the world, but some do not express it.

“The White House insults the whole world, even its own allies, using the means of blackmail and violating international trade regulations,” he said, adding that such behaviour will boomerang on the US, ifpnews reported.

According to ifpnews, President of Nicaragua’s National Assembly Gustavo Porras Cortés has also called on all countries in the world suffering from the US sanctions to unite against Washington’s unilateralism.

Speaking in a Monday meeting with Zarif, the Nicaraguan official said there is no doubt about the unity of all countries suffering from the US’ pressure and economic terrorism.

“The anti-arrogance front is faced with the media propaganda and economic war of the US and its allies, and that necessitates our unity,” he added.

During the meeting, the two sides explored avenues for developing and enhancing Tehran-Managua relations, especially in the economic field.

The high-level meeting also resulted in an agreement on preparing a roadmap for economic, trade, financial, and industrial cooperation between the two sides and with regional countries.

On Tuesday morning, Zarif arrived in Bolivia and held talks with President Evo Morales and his Bolivian counterpart, IRNA told.

Iranian Minister of Foreign Affairs Mohammad Javad Zarif held a meeting with Bolivian President Evo Morales, discussing bilateral ties in the last stop of his tour to the Latin America.

During the meeting, the two officials discussed the most important regional and international issues, as well as bilateral relations. 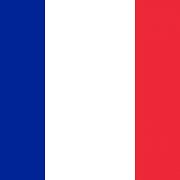 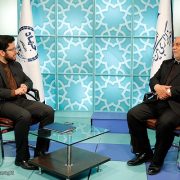 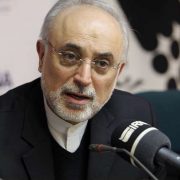 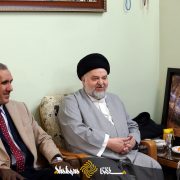 Shahrestani: Nowadays Eastern and Western people have admitted to the truth and moderation of Shia 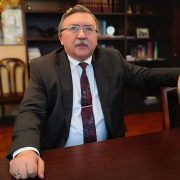 Russian official: INSTEX should move to transactions with sanctionable goods