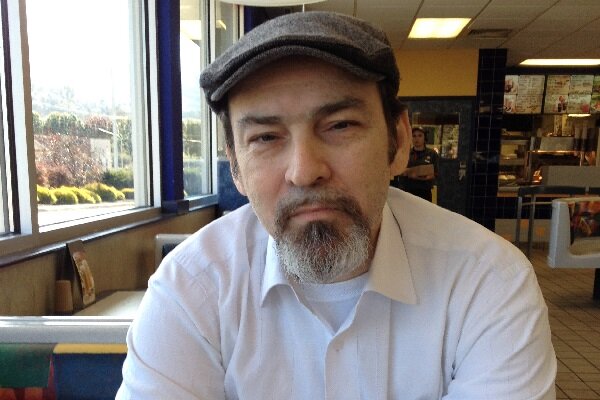 SHAFAQNA- Tehran Times: Colin S. Cavell, a professor of political science, believes in failure of Saudi Arabia “to reassert its hegemonic control over Yemen will be a death sentence on the continuation of the Saudi monarchy.”

In an interview with Mehr News Agency, Colin S. Cavell, full professor of political science at Bluefield State College in Bluefield, West Virginia, pointed to different aspects of Saudi-waged war against the Yemeni people and Western’s countries’ continued support for the aggression despite human rights concerns.

He noted that “Saudi Arabia is bogged down in a quagmire which it will be difficult to extricate itself from but instead will eventually call into question the continued existence of the Kingdom itself.”

“Failure on the part of Saudi Arabia to reassert its hegemonic control over Yemen will be a death sentence on the continuation of the Saudi monarchy.  A Yemeni victory in their war of independence from Saudi Arabia will provide hope and inspiration for the captive population of Saudi Arabia to rise up an install a legitimate peoples’ government.”

He also noted that “disparate economic interests” of various countries, including U.S., UK, and France, are why the UN Security Council “cannot agree to stop this devastating war on the people of Yemen.” He added that “morality for Trump consists in whether US industries are profitable despite resulting in unparalleled death and destruction.”

Here is the full text of the interview:

UN Secretary-General António Guterres issued a report on Friday, July 26, 2019, noting that the Saudi-led coalition has killed 729 children in 2018 in the Yemen war, deciding to blacklist the coalition for the third year for child-killing crimes. Despite all these human rights reports, we see that western countries are still providing the coalition with weaponry. Why all these reports have failed to stop arms sales of the western countries, especially the Trump administration, to the Saudi-led coalition?

Currently, there are 193-member states of the United Nations, an International Governmental Organization (IGO) set up in 1945 to prevent another world war from killing millions of people as WWII did.  While these 193 members are technically sovereign states, in truth, save for a handful of nations, most members are subservient to other, larger, more powerful states.  The UN is a three-tiered organization with the 15-member Security Council able to set policy for the entire organization with the five permanent members of this Council—the United States, China, Russian Federation, France, and the United Kingdom—having a veto on all procedural issues, with ten non-permanent members who serve on the Council for two-year terms (five elected each year), with these ten non-permanent members elected by the third-tiered General Assembly of nations that comprise the majority of the UN.  Given this organizational structure, and given the current differences between the five permanent members and their veto power, it has been near impossible for this international body to agree on stopping the reckless and deadly Saudi-UAE war on the people of Yemen.

The truth-seeking citizen will thus inquire why these five permanent members cannot agree to stop this devastating war on the people of Yemen, and the answer lies in the disparate economic interests of the various states.  Specifically, the western states, led by the United States, perceive that their national security interests, require that they have secure and reliable access to energy resources to fuel their industries, and they believe that by politically controlling the energy resources of Iraq and Iran (the two nations of the Middle East with the largest stores of such reserves) will satisfy their national security objectives.  Lacking such political control, then the US and its allies wish to deny the viability of these and other large-energy reserve countries—like Venezuela—from being able to function properly.

Given this perspective, it matters not to current US President Donald J. Trump, a quintessential representative of the capitalist economic system and default leader of the western coalition of states, whether the countries leading this assault on the Yemeni people, namely Saudi Arabia and the United Arab Emirates, are engaged in a systematic genocide against the Yemeni people, whether their attacks exhibit any sort of proportionality or strategic logic, whether supporting such odious unelected and undemocratic regimes serves long-term US interests, or even whether U.S. aiding and abetting this calamitous war is in violation of international law, given that the US, the UK, and France—all US allies on the UN Security Council–can prevent the UN from stopping this war.  However, what does matter to the US president is whether and how this conflict being waged by its two close allies in the Middle East, the Kingdom of Saudi Arabia and the United Arab Emirates, and which is urged on and assisted by Israel,  the US’s closest ally in the Middle East, can benefit the United States economy.  President Trump has concluded that the US will benefit if it is able to sell as many weapons and military equipment as possible to these warring parties and thus profit US military industries, which, in turn, will fatten the campaign coffers of President Trump and his Republican Party members of Congress.

In March of 2018, Trump effusively welcomed the heir-apparent to the Saudi throne and the architect of the Saudi-UAE-led war on Yemen, Mohammed bin Salman (MbS), on his first visit to the White House and promised to push through Congress arms deals worth billions of dollars in investment and additional jobs to the United States.  As Trump said at the time, “Saudi Arabia has been a very great friend and a big purchaser of equipment and lots of other things.”

Thus, morality for Trump consists in whether US industries are profitable despite resulting in unparalleled death and destruction.  Such a moral compass reflects a pole shift in direct contradiction to the morality espoused by either the Koran, the Bible, the Torah, or any other religious text or philosophical code.  It is the morality of capitalism, an economic system which currently dominates much of the world and is centrally directed from the United States.

On July 28, 2019, a gunman killed three non-white people attending an annual festival in Gilroy, California.  Earlier in the day, he posted on his Instagram account references to a fascist white supremacist manifesto from the nineteenth century which challenges the basis of all Abrahamic religions that call on us all to serve each other, to lift up the weak, the impoverished, the neglected and instead argues for the rights of the strong, the mighty, the wealthy, the powerful.  Spurred on by the cultural degeneration of President Trump, what now reigns as morality for US leaders is bullying, arrogance, bragging, excessive pride, and denigration of all those who are not white, wealthy, male, and powerful.

Given this diametrically opposed system of values, it is impossible to for the interested states to mutually recognize what the problem is, much less how to resolve the problem.

What were the main aims of Saudi Arabia in the Yemen war? And are these aims achieved up to now?

The Yemeni people rose up in January of 2015 after decades of existing under foreign rulers installed by their neighbor Saudi Arabia and forced then-President Abd Rabbu Mansour Hadi to resign.  When Saudi Crown Prince MbS decided to intervene into Yemen in March of 2015 in an attempt to restore their puppet, Hadi fled the country to the Saudi city of Riyadh, as the Saudi bombs rained down upon the Yemeni revolutionaries forcing them to organize against the imperial intervention that has killed over 70,000 people in the last four years.  Seeking to reassert their hegemony over the Arabian Peninsula, Saudi Arabia denies the Yemeni people have any legitimate grievances and instead wants the outside world to believe that the Yemeni people are activated and instigated by the country of Iran from across the Persian Gulf.  The United States, the United Kingdom, Israel, and other western powers have traditionally relied upon Saudi Arabia as a guarantor of reliable oil and natural gas for western industries and have utilized the Saudi monarchy as a cash machine to bail out their economies from time to time, to launder their ill-gotten gains, and to police the Middle East to serve western hegemonic interests.  With thousands dead, Yemen’s infrastructure destroyed, financial costs to the Saudis now well over $100 billion, with its international reputation in tatters even amongst its allies, with MbS’s leadership credibility a running joke, with the Yemeni people stronger and more united than ever, Saudi Arabia is bogged down in a quagmire which it will be difficult to extricate itself from but instead will eventually call into question the continued existence of the Kingdom itself.

Reports indicate that the UAE is planning to withdraw forces from Yemen in several stages. Do you think this withdrawal is a real one or just a tactical strategy? Why has the UAE made this decision, and what are the consequences of such a move on the future of Yemen?

The United Arab Emirates is very worried that its participation in the Saudi invasion of Yemen will open itself up as a target of Yemeni attacks, just as Saudi Arabia is now being regularly attacked by Yemeni fighters, Yemeni missiles, and Yemeni drones.  But, as a junior partner in the Saudi-led axis war against the Yemeni people, it is, in reducing its direct troop involvement in the war, following orders from the imperial directors of this organized carnage situated in Washington and London who are orchestrating the unfolding of this imperial drama.  Thus, it appears, at present, to be solely a tactical disengagement from direct fighting in Yemen.

There are also other reports outlining that Saudi Arabia may have plans to wrap up the Yemen war by the end of 2019. Since Mohammad bin Salman strongly supported aggressive policies of Saudi Arabia, such as in Yemen, do you think that a Saudi defeat in Yemen will change the political fate of bin Salman and Saudi Arabia?

Failure on the part of Saudi Arabia to reassert its hegemonic control over Yemen will be a death sentence on the continuation of the Saudi monarchy.  A Yemeni victory in their war of independence from Saudi Arabia will provide hope and inspiration for the captive population of Saudi Arabia to rise up an install a legitimate peoples’ government.  Losing its reliable source of energy and financial launderer in the Middle East is why the western hegemons are so intent on excusing the Kingdom of its crimes from the death and dismemberment of journalist Jamal Khashoggi to the financing of the September 11, 2001 attacks on the World Trade Center in New York and the Pentagon in Washington, DC.