Speaking on the sideline of a visit to Saman Daroo 8 and Samen Pharmaceutical Companies in Mashhad, al-Bahadeli added: “Saman Daroo 8’s high knowledge and capabilities did not surprise me as I expected to see these kinds of scientific advancements.”

Expressing his happiness over company’s recent achievements in providing hemophilia patients with new effective products, Iraqi official stated that there were numerous hemophilia patients in Iraq; “however, the country has no pharmaceutical company of this kind”.

He further noted, “I hope, with new agreements between officials, each party’s patients could take advantage of such pharmaceutical products and closer relationships could be formed between two brotherly nations”.

Al-Bahadeli also referred to his visit to Razavi Hospital and said: “The center hosts health tourists in a very special and appropriate ward and there is also a good performance on the part of AQR’s companies in producing rare drugs”.

He stressed that finalizing processes of pharmaceutics production, providing patients with proper services and realizing self-sufficiency in pharmaceutical companies have been really impressive.

“AQR’s progress in pharmaceutics and medical treatment can trigger more interactions of various types between two custodianships and cooperating with AQR is a great honor for us”, Dr. Al-Bahadeli said.

The visits included some negotiations with the purpose of paving the ground for more cooperation between holy shrines of Imam Reza (AS) and Hazrat Abu al-Fazl (AS). 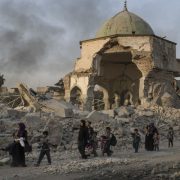 Video: Strange scene in Baghdad; the earth boils due to hot weather! 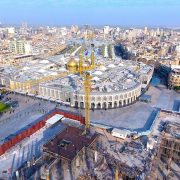