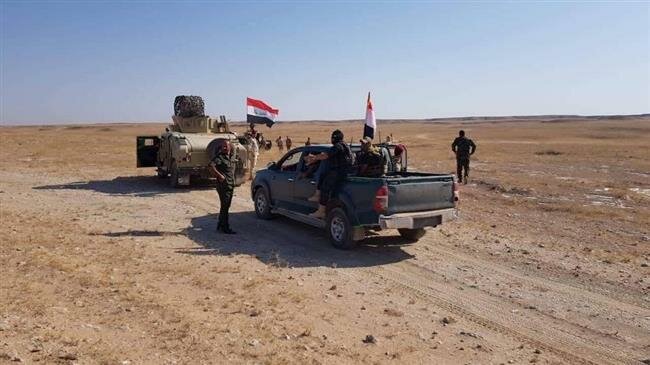 SHAFAQNA – Press TV:  Army troops, Hashd al-Sha’abi fighters, have launched a major operation to hunt down the remnants of the Daesh Takfiri terrorist group in an area of the country’s western province of Anbar

The media bureau of the volunteer forces, better known by the Arabic word Hashd al-Sha’abi, announced in a statement that government forces and their forces mounted a multi-pronged offensive in Jazirah al-Baghdadi district, which lies north of the provincial capital city of Ramadi and more than 110 kilometers west of the capital Baghdad, on Tuesday. 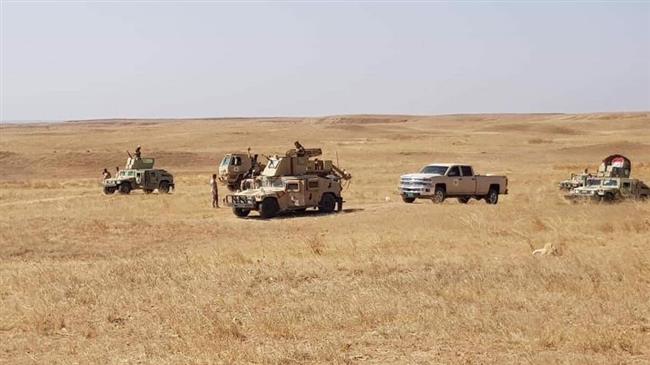 Iraqi forces are seen on September 3, 2019 during an operation against remnants of the terrorist group of Daesh in the Jazirah al-Baghdadi district of the country’s western province of Anbar. (Photo via Facebook)

The statement added that the operation started on four fronts with the aim of identifying and dismantling Daesh sleeper cells in Jazirah al-Baghdadi district and the area leading to Lake Tharthar.

On August 27, the Iraqi military announced the conclusion of the fourth phase of the Will of Victory Operation in western Iraq.

A statement by the media office of the Joint Operations Command said on August 5 that the Iraqi army, police and Hashd al-Sha’abi units, backed by the Iraqi Air Force fighter jets, had launched the third phase of the major offensive in the eastern Diyala province and Nineveh province in the north.

The statement said the troops had begun search operations in rural areas near the towns of Miqdadiyah, Jalawla and Khanaqin in Diyala province.

Also in Nineveh province, the troops commenced an operation to clear the rugged areas of al-Atshanah and the mountain ranges of Badush and Sheikh Ibrahim in west and northwest of the provincial capital city of Mosul.

The second-in-command of the Joint Operations Command (JOC), Lieutenant General Abdul Amir Rasheed Yarallah, said in a statement on July 20 that Iraqi military forces had launched the second phase of the Will of Victory Operation to hunt down Daesh remnants north of Baghdad and areas nearby.

The statement noted that the offensive aims to “beef up security and stability in areas north of Baghdad and surrounding areas in the provinces of Diyala, Salahuddin and Anbar.”

It said that units from the Baghdad Operations Command, command operations from Diyala, Samarra and Anbar, the Federal Police Command, rapid response teams, Hashd al-Sha’abi fighters and the special forces regiment of the Operations Department of the Chief of Staff of the Army as well as the Special Task Force of the Directorate of Military Intelligence were participating in the offensive.

Iraq’s army and the voluntary forces began the first phase of the Will of Victory Operation early on July 7, the military said in a statement, adding that the operation was aimed at securing the province of Anbar and the central and northern regions of Salahuddin and Nineveh.

Iraq’s Harakat al-Nujaba: Israeli forces getting into Iraq on forged US passports

In different clean-up attacks across Iraq, Dozens of Daesh militants were killed 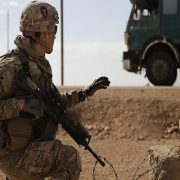 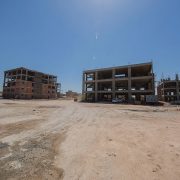 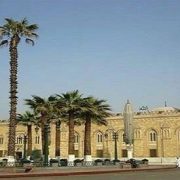 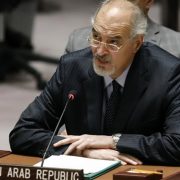 Damascus envoy to UN: US is looting Syrias resources by occupying the oil fields

Muslims shocked at attack on Baghdad during Ramadan
0 replies