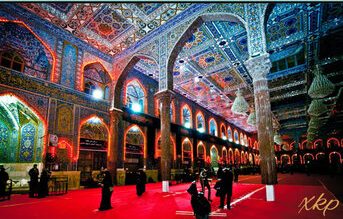 There have occurred various kinds of distortions in recounting the details of the historic event of Karbala.

The author says: Our discussion here concerns the misrepresentations (Tahrifat) relating to the historic event of Karbala’. There have occurred various kinds of distortions in recounting the details of this great event. We shall carry out this discussion in four parts.

The first will deal with the meaning of Tahrif and its various existing forms, while pointing out that such misrepresentations have occurred in the [popular] accounts of the historic episode of ‘Ashura’.

The second part deals with the general factors responsible for Tahrif, that is, the causes which commonly lead to the distortion of events and issues in the world. Why do men misrepresent and distort events, issues, and, occasionally, personalities? In particular, what factors have played a distorting role in the narrative of the episode of Karbala’?

The third part consists of an explanation concerning the distortions that have crept into the narratives of this historic event.

The fourth part deals with our duty, that of the scholars and the Muslim masses, in this regard.

Video: Karbala means the killing of love by hate