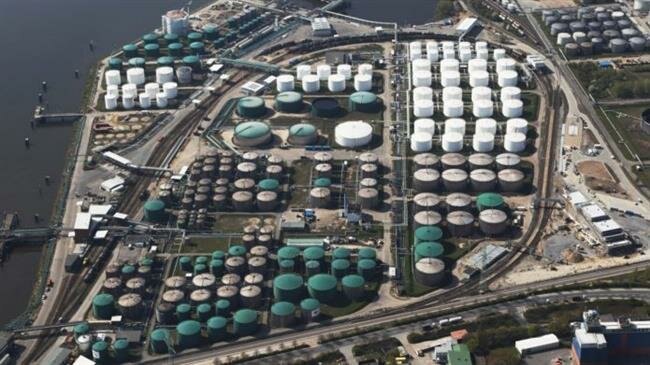 SHAFAQNA – Press TV: After Yemeni attacks on Saudi Arabia’s oil, Donald Trump has authorized the release of the US’ “strategic petroleum reserve” in a bid to control the global oil prices.

“Based on the attack on Saudi Arabia, which may have an impact on oil prices, I have authorized the release of oil from the Strategic Petroleum Reserve, if needed, in a to-be-determined amount sufficient to keep the markets well-supplied,” Trump said in a tweet early Monday.

“I have also informed all appropriate agencies to expedite approvals of the oil pipelines currently in the permitting process in Texas and various other States,” he added.

His comments came shortly after the Brent crude, the global gauge of oil prices, soared 13% to $68.13 a barrel following the Yemeni operation.

Ten drones flown by Yemen’s Ansarullah movement targeted Saudi Arabia’s key oil facilities in Abqaiq and Khurais on Saturday. The attacks shut down about 50 percent of the kingdom’s crude and gas production, and cut the state oil giant’s crude oil supply by around 5.7 million barrels per day.

An oil industry source briefed on the developments said on Sunday it is unclear how long the oil production shutdown will continue, as it is impossible to fix the “big” damages overnight.

Aramco has given no timeline for output resumption. However, a source close to the matter told Reuters the return to full oil capacity could take “weeks, not days”.

A sustained spike in fuel prices could mark the latest threat to a world economy already under significant pressure from the US-China trade war and the US’ sanctions against Iran’s oil exports.

Reuters on Sunday quoted traders and analysts as saying that the oil prices may spike to as high as $100 per barrel if Saudi Arabia fails to quickly resume oil supply lost after attacks.

“The market could see a return to $100 per barrel if the issue cannot be resolved in the short term,” says Greg Newman, the co-CEO of Onyx Commodities.

Other experts say critical oil supplies lost due to the attacks can only be compensated if the United States eases its sanctions on sale of crude by Iran.

Sandy Fielden, an analyst at Morningstar, a global financial services firm based in the US, said on Saturday that the current oil stocks in Saudi Arabia, the biggest oil exporter in the world, would not suffice to compensate for a loss of around 5 million barrels per day (bpd) that could be caused by attacks earlier in the day targeting the kingdom’s vital oil facilities located east of the country.

Fielden said the disruptions could cause a real jump in the global oil prices, adding that the US, a main player in the oil market and an ally of the Saudis, would have no option but to allow Iran to resume its crude exports after months of a halt that has been caused by Washington’s unilateral bans.

“By all accounts the Iranians have tankers full of storage ready to go,” he said, adding, “The obvious short-term fix would be waivers on Iran sanctions.”

The US’ release of its Strategic Petroleum Reserve (SPR) has been rare historically and only used as a last resort. There are more than 600 million barrels in the SPR.

Trump followed that tweet with others, saying in one of them, “There is reason to believe that we know the culprit, are locked and loaded depending on verification, but are waiting to hear from the Kingdom as to who they believe was the cause of this attack, and under what terms we would proceed!”

A senior US official, asked not to be named, had earlier claimed that evidence shows the launch area was west-northwest of the targets – the direction of Iran and Iraq – not south from Yemen. The official has also quoted Saudi officials as saying that there are signs that cruise missiles were used in the attack.

This comes as Yemen has clearly stated it used 10 drones for Saturday’s operation. Both Iran and Iraq have also denied the US’ allegations.

Report: US seeks to enter into direct talks with Yemen’s Houthis

Iraq: Karbala International Airport to start operating by the end of 2023