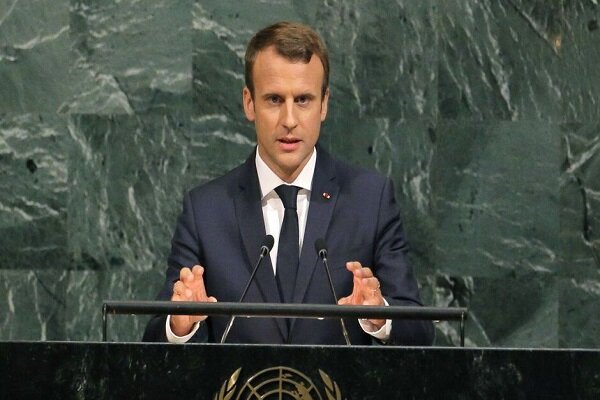 SHAFAQNA – MNA: According to Emmanuel Macron, Iran, the United States, the remaining parties to the landmark 2015 Iran nuclear deal, officially known as the Joint Comprehensive Plan of Action (JCPOA), as well as Persian Gulf states should engage in talks.

“Well more than ever, I very sincerely and profoundly believe that the time has come to resume negotiations between the United States of America, Iran, the signatories of the JCPOA, and the countries of the region which are first and foremost affected by the security and stability,” Macron said in a speech at the 74th session of the UN General Assembly in New York on Tuesday, PressTV reported.

The French leader then laid out four conditions for such talks.

“So what should be the conditions, the terms, the goals and the targets of these negotiations? First of all, the certainty that Iran never acquired developed nuclear weapons. Secondly, a solution to a crisis in Yemen.”

“Thirdly, a regional security plan, which also incorporates the other crises of the region and security of maritime navigation. And finally, a lifting of economic sanctions. I’m not naive at all and I don’t believe in miracles. I believe that it takes courage to build peace. And that is why it’s important for the United States, Iran and the signatories of this agreement to show this courage,” Macron noted.

Macron also held another unscheduled meeting with Rouhani on Tuesday right before the arranged meeting between the Iranian President and UK Prime Minister Boris Johnson.

“What is important is that if he leaves the country without meeting with President Trump, this is a lost opportunity. Because he will not come back in a few months. And President Trump will not go to Tehran so they have to meet now,” Macron said during a meeting with Rouhani and British Prime Minister Boris Johnson, according to a UK press pool report.

In recent months, Macron has taken the lead in a European effort to save the JCPOA and ease tensions between Washington and Tehran.

In May 2018, the US president withdrew his country from the multilateral deal, and re-imposed sanctions against the Islamic Republic.

Iran waited for a year to see if Europe can compensate for the US withdrawal; however, in May 2019 it finally decided to start scaling back its commitments under the nuclear deal.

France has offered a credit line of $15 billion, which will guarantee the sale of Iran’s crude oil, as an incentive to bring back Iran to the JCPOA. However, the offer has yet to be finalized.

War of words over Saudi oil strikes continues in the sidelines of the UN General Assembly: Iran Slams Euro’s claim

Iran to take third step on JCPOA if EU fails to act: Rouhani to Macron 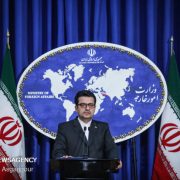 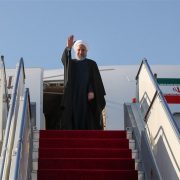 Rouhani May Visit Syria in Near Future

The Empire Strikes Back - Why Neocons Are Building Case against JCPOA? 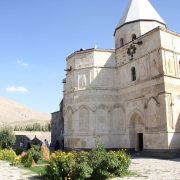 Kara Kelisa, world’s first ever church, to be restored