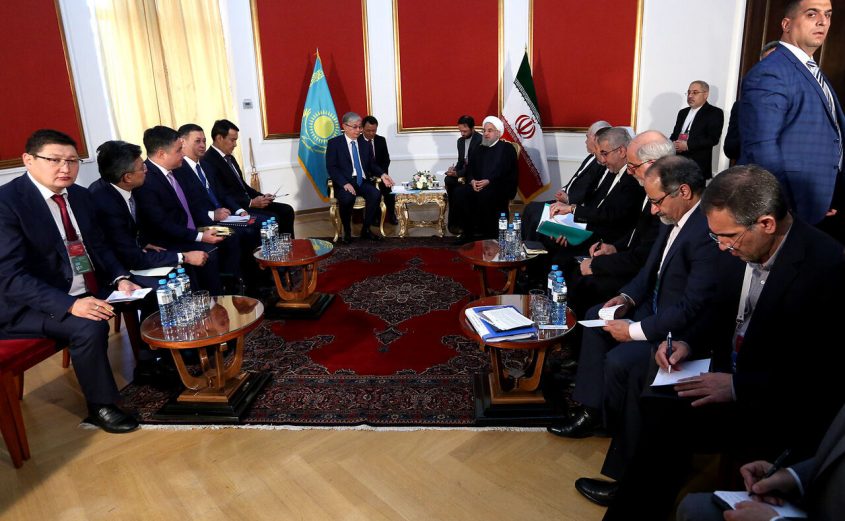 SHAFAQNA – Iran expressed its opposition to any foreign military presence in the Caspian Sea.

“Caspian Sea must be the sea of peace and friendship for its littoral states without the presence of any foreign military,” said Iran’s President Hassan Rouhani in a meeting with Kazakhstan President Kassym-Jomart Tokayev in the Armenian capital of Yerevan on Tuesday.

He stressed that Caspian Sea Legal Regime should be fully and carefully implemented by all littoral states, The Iranian Republic News Agency reported.

The Iranian president told his Kazakh counterpart that Iran’s accession to the Free Trade Zone (FTZ) with the EAEU will be the beginning of further development of ties with the regional entity’s member-states, including Kazakhstan.

President Rouhani stressed that Iran seeks peace and stability in the region, noting that his government has proposed Hormuz Peace Endeavour (HOPE) to reach this goal.

Iran seeks the security of navigation in the Persian Gulf, the Sea of Oman and international waters.

Kazakh president stated that his country is eager to further develop ties with Iran.

President Rouhani is in Armenia to attend a Eurasian Economic Union (EAEU) summit. 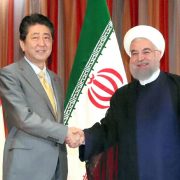 Abe Shinzo to meet with Pres. Rouhani in New York 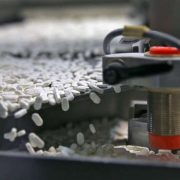 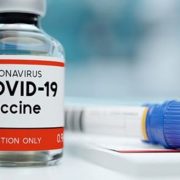