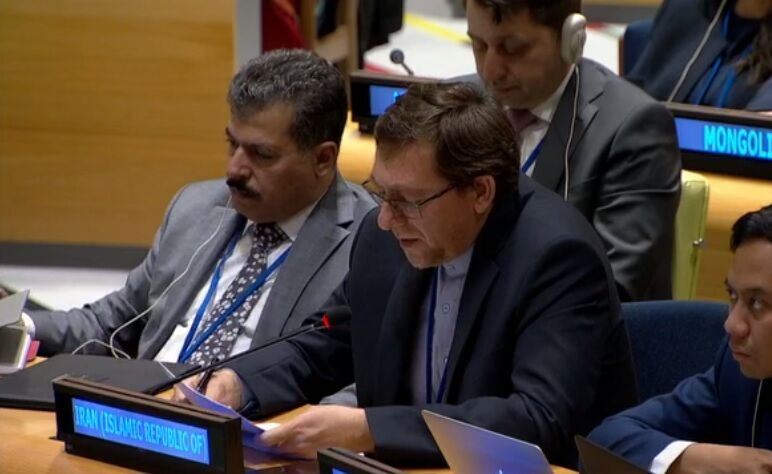 SHAFAQNA- IRNA: On behalf of the Non-Aligned Movement, Permanent Mission of the Islamic Republic of Iran to the UN said that fighting terrorism cannot be a pretext to expose the people of different countries to violence, stating that menaces of terrorism in all forms need collective campaign of the international community.

“The Movement expresses deep concern over the misinterpretation and the misrepresentation of religions by terrorist groups to justify terrorism, in all its forms and manifestations, and violent extremism conducive to terrorism, seeking to plant seed of hatred in the hearts and minds of the youth glorifying brutality and violence,” Iran’s Representative Ali Nasimfar said, speaking on behalf of the Non-Aligned Movement in Sixth Committee of the 74th Session of the United Nations General Assembly On “Measures to eliminate international terrorism” .

The full text of Nasimfar’s speech is as follows:

I have the honour to speak on behalf of the Non-Aligned Movement.

At the outset I would like to congratulate you and the members of the bureau on your deserving election. Allow me to assure you of the Non-Aligned Movement’s fullest cooperation and support throughout the work of the Sixth Committee.

The Non-Aligned Movement unequivocally condemns, as criminal, and rejects terrorism in all its forms and manifestations, as well as all acts, methods and practices of terrorism wherever, by whomever, against whomsoever committed, including those in which States are directly or

indirectly involved, which are unjustifiable whatever the considerations or factors that may be invoked to justify them, and in this context, NAM members reaffirm their support for the provisions contained in General Assembly resolution 46/51 of December 9, 1991 and other relevant United Nations resolutions.

The Non-Aligned Movement reaffirms that terrorist acts constitute a flagrant violation of international law, including international humanitarian and human rights law, in particular the right to life, leading to the lack of the full enjoyment of human rights and fundamental freedoms of peoples. Such acts endanger the territorial integrity and stability of States as well as national, regional and international security, destabilize legitimately constituted governments or the prevailing constitutional order and political unity of States, affect the stability of nations and the very basis of societies, create adverse consequences on the economic and social development and cause the destruction of the physical and economic infrastructure of States.

NAM reiterates its respect for sovereignty, territorial integrity and political independence of all States in accordance with the UN Charter.

We would like to stress that terrorism should not be equated with the legitimate struggle of peoples under colonial or alien domination and foreign occupation, for self-determination and national liberation. The brutalization of peoples remaining under foreign occupation should continue to be denounced as the gravest form of terrorism, and the use of State power for the suppression and violence against peoples struggling against foreign occupation in exercising their inalienable right to self-determination should continue to be condemned. The Movement reaffirms its principled position under international law and in accordance with General Assembly resolution 46/51 of 9 December 1991 as well as other relevant UN resolutions on the legitimacy of the struggles of people under colonial or alien domination and foreign occupation for national liberation and self-determination. Furthermore, terrorism cannot and should not be associated with any religion, nationality, civilization or ethnic group, and these attributions should not be used to justify terrorism or counter-terrorism measures that include, inter alia, profiling of terror suspects and intrusion on individual privacy.

The Non-Aligned Movement rejects actions and measures, the use or threat of use of force, imposed or threatened to be imposed by any State against any Non-Aligned Member Country under the pretext of combating terrorism or to pursue its political aims, including by directly or indirectly categorizing them as terrorism sponsoring-States, and totally rejects the unilateral preparation of lists accusing States of allegedly supporting terrorism, which are inconsistent with international law and constitute on their part a form of psychological and political terrorism.

The Non-Aligned Movement calls upon all States to condemn any form of, and refrain from extending, political, diplomatic, moral or material support for terrorism, and urges all States, consistent with the UN Charter and in fulfilling their obligations under International Law, to ensure that refugee status or any other legal status is not abused by the perpetrators, organizers or facilitators of terrorist acts and that claims of political motivation by them are not recognised as grounds for refusing requests for their extradition.

The Movement expresses grave concern over the acute and growing threat posed by foreign terrorist fighters, namely, individuals who travel to a State other than their States of residence or nationality for the purpose of the perpetration, planning or preparation of, or participation in, terrorist acts or providing or receiving terrorist training, including in

connection with armed conflict. In this context, the Movement emphasizes the need for States to address this issue, including through the implementation of their international obligations, and underlines the importance of United Nations capacity building and facilitation of capacity-building in accordance with existing mandates to assist States, including those in the most affected regions, upon their request.

The Movement expresses deep concern over the misinterpretation and the misrepresentation of religions by terrorist groups to justify terrorism, in all its forms and manifestations, and violent extremism conducive to terrorism, seeking to instill hatred in the hearts and minds of the youth and justifying and glorifying brutality and violence. In this regard, it is imperative to effectively counter the narratives of terrorism through a comprehensive and international framework, and in an effective and comprehensive way and address all its root causes, including through the engagement of community leaders and clerics from all denominations; The Movement also calls upon all States to respect all human rights and fundamental freedoms while countering terrorism, and to reaffirm their commitment ‘in this respect to prevent human rights violations in consistency with the rule of law and their obligation under international law, in particular international human rights law, international refugee law and international humanitarian law, and in accordance with relevant General Assembly resolutions. We call upon the Security Council sanction committees to further streamline their listing and de-listing procedures to strengthen due process and the rule of law through an independent, transparent and permanent position of the ombudsman.

The Non-Aligned Movement reiterates its call for an International Summit Conference under the auspices of the UN to formulate a joint organised response of the international community to terrorism in all its forms and manifestations including identifying its root causes.

We further reiterate the importance of the conclusion of a Comprehensive Convention for Combating International Terrorism, noting the negotiations in the Ad Hoc Committee established by General Assembly Resolution 51/210 of 17 December 1996, for the elaboration of a Comprehensive Convention on International Terrorism and the continuing efforts to that end, including during intersession period, and we call upon all States to cooperate in resolving the outstanding issues.

The Movement reaffirms the United Nations Global Counter Terrorism Strategy as well as the Member States’ primary responsibility to implement it and calls for its transparent and comprehensive implementation, including through cooperation with the UN office of counter terrorism (UNOCT) and the UN Centre for Counter Terrorism ) UNCCT). We look forward to the contribution of UNOCT in bringing more coherence and effectiveness to the activities carried by the UN on the counter terrorism sphere including in relation to the assistance it can provide in addressing, upon request of Member States capacity building needs, while underscoring that such assistance must be tailored to the specific needs and realities of the concerned state, and that it shall take into account the centrality of national ownership.

Finally, the Movement welcomes initiative of the Secretary-General to convene the second United Nations High-level Conference of Head of Counter-Terrorism Agencies of Member States that will take place in June 2020 as well as the first ever Global Congress of victims of terrorism in conjunction with adoption of 7th review of the United Nations Global Counter Terrorism Strategy, after prior consultation with Member States.

I thank you Mr. Chairman, 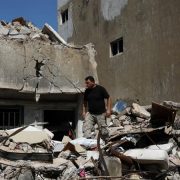 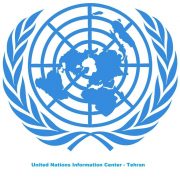 UN: As a human family, a world free of hunger is our imperative 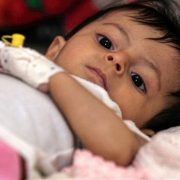 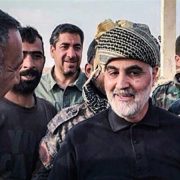 Foul Murder of Another Nation’s Hero: An American Disgrace 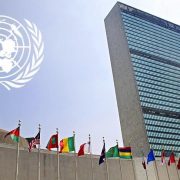