SHAFAQNA – There are many people whose personal knowledge is used for the evaluation of things and events. If they assume something is true, they accept it, or else they would reject it. But we should know our scientific knowledge and means are limited.

It is always possible that, on the one hand, our so-called knowledge might turn out to be wrong, and on the other hand, it might happen that others, through better instruments and means might have found the truth. It might happen, as well, that nobody yet has access to the right means, and such means might be found in the future. Thus, Avicenna has said:
“Whatever strange thing strikes your ears, while incisive reasoning can not reject it, assume that it might materialize.”5

It is for this reason that Imam ‘Ali (as) has said that whenever you are faced with a problem regarding the events of this world, and you are not aware of the philosophy behind the so-called disastrous events such as earthquakes, storms and diseases, find the reason in your own ignorance, and do not claim that since you do not know the secrets of these phenomena, therefore, they are not assets at all.

This is because when you were born, you lacked all sorts of knowledge. Then gradually, through your senses, such as sight, hearing, touch, taste and smelling, you were connected to the outside world and you started analyzing the events through your reasoning.

“And Allah has brought you forth from the wombs of your mothers -you did not know anything- and God gave you hearing and sight and hearts that you may give thanks” [Qur’an 16:78].

It is obvious that the rays of this knowledge are limited, but the affairs which are within the radius of creation are unlimited and immensely broad and widespread.
Some Interesting Confessions

Einstein has said, “The puzzle of creation is still unresolved. We may even assume that this puzzle shall always remain intricate. What we have so far learned from the book of creation has been illuminating. Through this knowledge we have come to know some of the principles of the nature, but we are well-aware that compared with the volumes of this book which we have read, there still remain an immense number of unresolved problems.”6

William James says, “Our knowledge is a drop compared with our ignorance which is an ocean. The only thing which we can definitely say is that our natural knowledge is dependent on another vast world of another type the properties of which we have not grasped”7

Charles Ritchie says: “A genuine scholar is the one who is simultaneously bold and courteous. He should be courteous since our knowledge is meager, and he should be bold since the road towards mysterious world is open to us.”8

Oliver Lodge says, “What we know, compared with what we suppose to know, is very little. Some say this without believing what they say; but I say it with complete conviction”9

Alexis Carrel, in the book, “Man, the unknown”, writes: “Those sciences which deal with living creatures, in general, and with man, in particular, have not progressed enough and they have stuck at the descriptive level. Man is a completely complex creature who can not be easily recognized. We do not yet have at our disposal sufficient means to know man and his relations with the outside world. In fact, our ignorance about ourselves is immense. We still do not have answers to many questions concerning our selves: How do genes carry the heredity characteristics? How do cells live in groups called tissues?”10

Camille Flammarion in the book “The unknown powers of Nature” writes on the limitation of man’s knowledge, “We do think, but what is the essence of thought?” Nobody can answer this question. We do walk, but what is the nature of the activity of the muscles? Nobody knows. I know that my decision consists of unmaterialistic power, and I am also aware that all my spirit is unmaterialistic. However, when I decide to raise my hand, I will notice that my decision moves my body muscles. But how does my decision move my hand. Nobody tells me how my optical nerves transfer the outside configurations into my thought. How is the essence of this thought conceived? Where is it located? How does the mental activity take place and what is its essence? I can extend the number of such questions for ten years whereas your greatest scientists can not answer even my fundamental questions.”11

Islam teaches you to leave space for God in your life 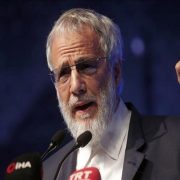 Yusuf Islam Explains Why He Stopped Singing After Conversion to Islam

Ex Christian, Abdullah DeLancey From Canada: I read the Quran, This wonderful revelation of truth changed my… 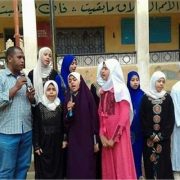