SHAFAQNA – Muawiya sent a disguised man to Al-Kufa to ask Amirul Muminin (AS) for the answers of certain questions that the King of the Romans addressed at him. The Imam (AS) could recognize the man who confessed of his reality as soon as he was interrogated.

Amirul Muminin (AS) summoned Al-Hassan (AS), Al-Hussein (AS), and Mohammed bin Al-Hanafiya (RA)-. As they were before him, the Imam (AS) said, O’ Syrian brother, these two are the Prophet’s (PBUH) sons and this one is mine. You may ask anyone of them.

The man referred to Imam Al-Hassan (AS), then put his questions:

O’ Syrian brother, what is between the right and the wrong is only the distance of four fingers. The right is only what is seen with the eye, whereas you may hear very much wrong with the ears.

The Distance between the heavens and the earth are the supplication of the wronged and the extension of the sight.

What lies between the east and the west is a day with steady movement of the sun. You wait for sunrise and then wait for sunset.

This galaxy is the rips of the heavens and the place from which the torrential water ascended to Noah the prophet (peace be upon him).

Regarding the colorful spots of the moon, the moonlight was as shiny as sunlight, but God erased it. This is His saying:

The first thing that sprinkled on the earth was a valley of gloom.

The first thing that shook on the earth was the date-palm tree.

The spring at which the spirits of the believers lodge is a spring named Salam.

The spring at which the spirits of the disbelievers lodge is called Barahout.

The hermaphrodite is the human being that is unknown whether he is male or female. He should be waited until attaining maturity. If bosoms appear to him, he is then woman. If a beard appears to him, he is then man. If this is unsuccessful, he should be examined by urinating on a wall. If his urination hits the wall, he is man then. If it shrinks like a camel’s urination, he is a woman then.

The Syrian man said: I declare that you are surely the son of the Prophet (peace be upon him and his family) and I declare that Ali (AS) is surely Mohammed’s (PBUH) successor. He then wrote down the answers and took them to Muawiya who sent them to the king of the Romans. As the latter received them, he said: I am sure this is not Muawiya’s. These are surely the answers of the house of prophethood. 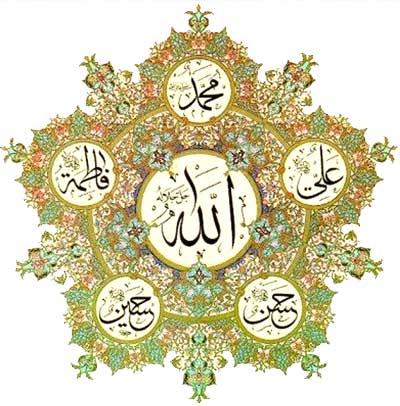 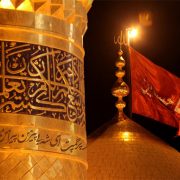 The Message of Devotion

Shia And the Holy Qur'an 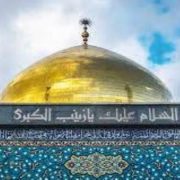 Reality of Reason or Audience 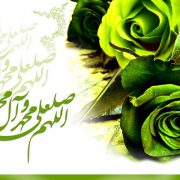