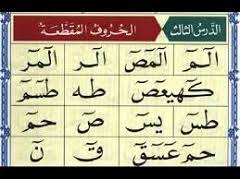 SHAFAQNA – In The Name of Allah (SWT), The Beneficent, The Merciful

In the Holy Quran, there are twenty-nine Surahs (chapters) that begin with al-Huroofe-Muqatiaat (abbreviated letters or letter symbols). The following is the list of these Surahs with the symbols, in the order of the Quran:

Do the revelation of these letters have an explanation?

“and We have revealed the Book to you explaining clearly everything, and a guidance and mercy and good news for those who submit.” (16:89)

The above verse shows that the whole Quran has a purpose and there is an explanation for everything and everything should include the abbreviated letters.

But Allah (SWT) has also said:

“God has revealed the Book to you; some of its verses are decisive, they are the basis of the Book, and others are allegorical; then as for those in whose hearts there is perversity they follow the part of it which is allegorical, seeking to mislead and seeking to give it (their own) interpretation. but none knows its interpretation except Allah (SWT), and those who are firmly rooted in knowledge say: We believe in it, it is all from our God; and none do mind except those having understanding.” (3:7)

Based on verse 3:7, some exegetes say that only Allah (SWT) and His pure servants know the interpretation of the whole Quran including these letter symbols.

Looking at these two verses, there is a difference between the words explanation and interpretation.

Ta’wil (interpretation) is that reality to which a verse refers; it is found in all verses, the decisive and the ambiguous alike; it is not a sort of a meaning of the word; it is a real fact that is too sublime for words; Allah has dressed them with words so as to bring them a bit nearer to our minds; in this respect they are like proverbs that are used to create a picture in the mind and thus help the hearer to clearly grasp the intended idea.â€

As far as explanation of these letters is concerned, Allamah Tabatabaei says that there is evidence of a link between the context of the chapters and these letters. After all, there is an explanation for everything in the Quran. We know that the Quran is not dependent on extraneous sources for its explanation.

The Allamah mentions very briefly the significance of these letter symbols at the beginning of the Tafseer (exegesis) of Surah Maryam (chapter 19) although a comprehensive discussion about the letter symbols appear in the exegesis of Sura Ash-Shoora (chapter 42). He says:

â€œâ€¦those suras (chapters) of Holy Qurâ€™an that start with Huroofe-Muqatiaat ( letter symbols) have a common link between their context through these letters. In other words, those letter symbols that are common in different chapters tell us that the context of those surahs has some common link also. The proof of the above statement is the link and the similarity that can be seen between this Surah (Maryam) and Surah Suad in which it talks about the story of the Prophets.

The same is the case with the chapter 26 (The Poets), chapter 27 (The Ant), chapter 28 (al-Qasas) and chapter 20 (Ta-Ha)Â  in the story of Moses (a.s.) and his encounter with the Pharaoh and the link is through the letter Ta which is the common letter in all these four chapters.

Let us now take a scrupulous look at the link between the contexts of the Surahs Maryam and Yasin:

The theme of Surah Maryam:

The theme is mentioned at the end of the Surah by the verse:

So We have made this (the Quran) easy in your own tongue (O Muhammad), only that you may give glad tidings to the Muttaq and warn with it the Ludda people, which is to give warning and glad tidings. This theme has been carried on in an innovative and exciting manner. In the beginning it starts by pointing to the adventures of Ibrahim, Ishaq, Yakoob (Abraham, Isaac and Jacob) and the incident of Haroon and Musa (Aaron and Moses) and the story of Ismaâ€™il (Ishmael) and Idris (Elijah) and their share of the blessed and ordained leadership that has been given to them, that is, either by being a prophet or having sincerity and truthfulness. The surah goes on to mention some examples of the mistakes of the people in the state of delusion and their oppression and their unreasonable ideas such as denying resurrection and the future life in the Hereafter, accusing God for having a son, idol worship, etc. The punishment for this behaviour is also mentioned.

The theme of surah Yasin:

Surah Yasin repeats and links the theme of surah Maryam in the same exciting manner. The surah begins by affirming the Messengership of Muhamamad (pbuh&hf) who came as a warner and then talks about those who belied the Messengers, rejected the communications of Allah and disbelief had settled deep, thus creating a seal in their hearts. Then the surah talks about the various signs of Allah for which no one should have the excuse of rejecting Him and then the description of the event of resurrection unfolds. At this stage, the recompense and condition of the pious people (those who guard against evil) and the evil people (those who belied the Messengers and reject the signs of Allah) are explained with some details. Some powerful arguments are presented to those who doubt and deny the event of resurrection and finally the Surah ends with a profound reminder that with Allah (SWT) is the reality (Malakut) of the whole creation and everyone will eventually return to Him to account for their deeds. This reminder ties in perfectly with the statement in the beginning that the deeds of the people are sent in advance and the same are written (recorded) in the manifesting Imam (Guarded Tablet or the Book of Deeds).

Polytheism and The Command of Allah (SWT):

And they have taken gods besides Allah (SWT) that they may be helped. (36:74)

O my father! serve not the Shaitan, surely the Shaitan is disobedient to the Beneficent Allah: (19:44)

Did I not charge you, O children of Adam ! that you should not serve the Shaitan? Surely he is your open enemy. (36:60)

The Return to Allah (SWT)

Surely God inherit the earth and all those who are on it, and to God they shall be returned. (19:40)

Therefore glory be to Him in Whose hand is the Malakut (reality) of all things, and to Him you shall be brought back. (36:83)

And says man: What! when I am dead shall I truly be brought forth alive? Does not man remember that We created him before, when he was nothing? (19:66-67)

And how many of the generations have We destroyed before them who were better in respect of goods and outward appearance! (19:74)

And how many a generation have We destroyed before them! Do you see any one of them or hear a sound of them? (19:98)

Do they not consider how many of the generations have We destroyed before them, because they do not turn to them? (36:31) 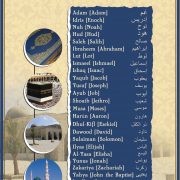 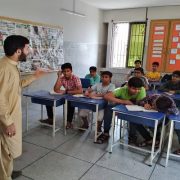 Workshop on Quranic lifestyle in Pakistan 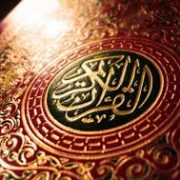 A New Philosophical Perspective on the Miracle of the Qur'an 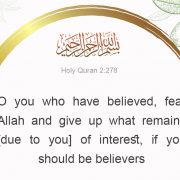 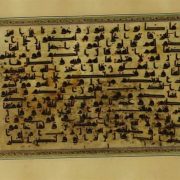