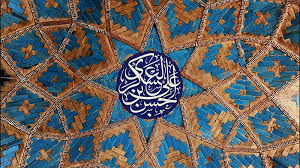 Samarrah was a garrison town about 60 miles north of Baghdad. River Euphrates flows in the middle of the town, and because of the surrounding hills a cool breeze keeps the area cooler in comparison to Baghdad. The word ‘Askar’ in Arabic is used for army. Our 11th Imam’s (AS) title became known as al-Askary, the one who lived all his life in a garrison town.Imam Hasan Al-Askary’ s (AS) life from childhood to adulthood was spent in the house where his father Imam Ali al-Naqi (AS) was to remain under house arrest. But despite this close guard on the Imam (AS), he conducted his duties as Imam (AS) from inside the house. He taught people the Quran and instructed his followers the true teachings of Islam as taught by the Prophet of Islam and his Ahlul bayt (AS).

In fact Imam Hasan Al-Askary (AS) wrote a complete Tafseer of the Quran, which has been mentioned by many scholars, historians and exegetes, including Shaykh Kulayni and Shaykh Sadooq.Imam’s life in Samarrah was not in peace even under house arrest. From time to time he was taken to Baghdad, questioned and put in prison there. On one such occasion, the Turkish guards took the Imam (as) to Baghdad where he was kept in prison during the short reign of the Caliph al-Muqtadi and al-Mu’tamid afterwards.

“An age will approach when the people’s faces would be laughing (exalting) and their hearts would be dark, bleak and dirty. The Sunnah to them would be innovation and heresy. The faithful would be belittled and debased among them. The transgressor would be honoured and respected among them. Their lords and chiefs would be ignorant and aggressive ones. And the religious scholars would be on the threshold of aggressors and tyrants”. (Mustadrakull Wasa’el)

“I recommend you to be in awe of ALLAH (SWT), establish prayer, and pay poor rates (Zakat) because no prayer will be accepted if one forbids paying poor-rates. I also recommend to you to ask for forgiveness in the case of committing sin, and restrain yourself in case of rage, to strengthen the relationship with relatives, to help friends, to strive hard in meeting their needs, be it in times of difficulties or easiness, to have patience in times of ignorance, to have good knowledge in your religion, to act slowly and carefully in all affairs, to bind yourself with the Qur’an, to have good behaviour, to bid what is right and to forbid what is evil And to avoid abominations altogether. Allah (SWT) says: ‘There is nothing good in most of their whispering except (in him) who bids charity or goodness or peace among the people.’ (4:114) 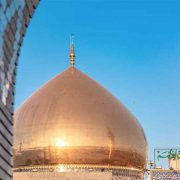 Artistic shots of Imam Askeri's (AS) Shrine in Samaraa City 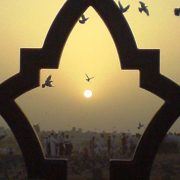 Some Lessons from the Noble Life of Imam AlMujtaba (A.S.)

The Events After Ashura 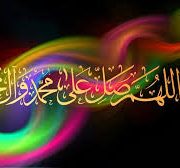 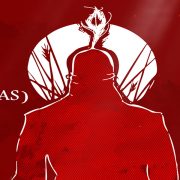 How Does Imam Hussain (AS) Teach Us Not to Surrender to Injustice?

Hadith of the day
0 replies