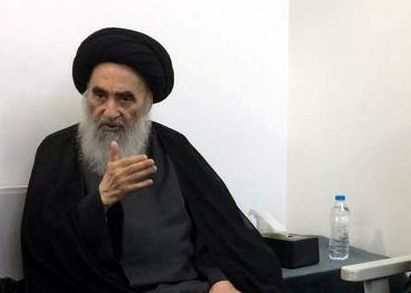 The statement which was read by Hojjat al-Islam Abdul Mahdi Karbalaei, the representative of the Religious Authority, in Friday sermons reads:

In the name of God, the Most Compassionate the Most Merciful

Undoubtedly, if the popular movement expands and encompasses various groups, it will be an effective means of pressuring statesmen to bring about genuine reform in the country, but the main condition is that such a movement should not be brought to violence, chaos and destruction. Such actions, in addition to being legally unacceptable, will have reverse consequences for the reform movement and lead to a gradual decline in solidarity with it. Despite all the precious bloodshed on the legitimate aims of the movement, this issue should be considered and it should be prevented to give opportunity to those who do not want reform and are trying to prevent it from happening.

Maintaining the peaceful process of demonstration and avoiding violence and destruction is of paramount importance and is a public responsibility that everyone must unite in pursuing it. Just as the security forces are responsible for keeping peaceful demonstrators safe to declare their demands freely, demonstrators also should not allow saboteurs to infiltrate their demonstrations and attack the security forces and destroy public and private properties and harm the interests of the citizens.

Supporting the security forces, respecting them, reinforcing their morale and encouraging them to perform their duties to maintain optimal security and stability is the duty of all, and the presence of these loved ones is essential to prevent chaos and disruption of public order.

Everyone is aware of the events in some areas where the security forces failed to do the expected proceedings, and everyone saw how the tribal men entered those areas and played a prominent role in supporting internal peace and preventing chaos and destruction. This is a truly appreciable act.

But efforts must be made to restore normality in all areas, and the security forces must act in a professional manner based on their responsibilities in maintaining security and stability, protecting state organizations and citizens’ properties and preventing saboteurs from attacking them and treat protests professionally so that the disasters of the past weeks will not be repeated.

We thus once again condemn the bloodshed of innocent people and the destruction of private properties and public organizations in the past days, and call on all affected people to take legal action to claim their rights. We also ask the judicial services to regulate the punishment and prosecution according to the law for anyone from any side who has committed a crime.

Once again, we warn about those who infiltrated protests to pursue the specific goals that undermine the great interests of the Iraqi people and do not conform the main values.

We also reiterate what has already been emphasized that the Religious Authority belongs to all Iraqis, regardless of their affiliations and approaches, and does his best to pursue the public interest. So it is not permitted to use his name in the reformist demonstrations in favor of one group or against the other one.

In the end, we hope that the new Prime Minister and cabinet members to be elected within the framework of specified time in the constitution, and based on the wishes of citizens and free from any foreign interference. It is also important to note that the Religious Authority has no part and role in any of the statements in this regard.

Imam al-Husayn (A.S.), the reviver and the savior of Islam 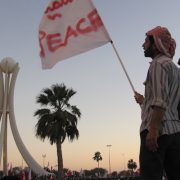 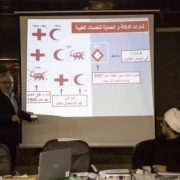 In cooperation with holy shrines in Iraq, ICRC held a conference 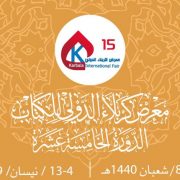 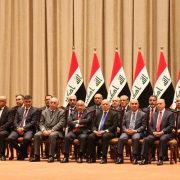