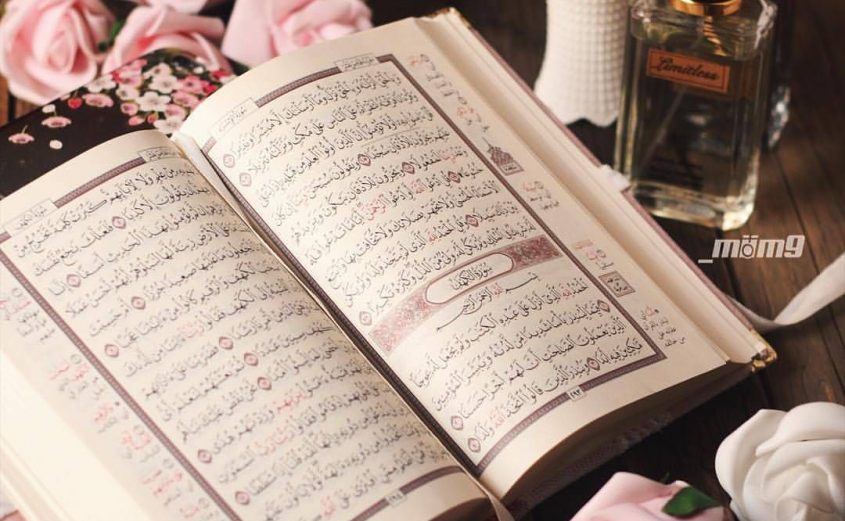 ShukranLillah that I have been able to become a Muslim after so many years of searching for the Truth. I am even more grateful to Allah (SWT) for having me learn about the Ahlul Bait (AS). so that I could become a Shia and come to the Original Islam.

I was born Muslim (submissive to Allah (SWT)), as everyone is because Allah (SWT) has placed submission to God within our human nature. I was raised by my adopted family as a Christian. As a young child I went to church every Sunday with my parents and went to Sunday school. After my parents got divorced my mother and i stopped going to the church since they treated us poorly because of my parents’ failed marriage.

As a teenager, I realized that I needed to have a stronger connection with God and with religion than just doing personal prayers and Bible readings at home. Even though I did not really believe that there was a dire need to have an intermediary (like a priest) within the relationship between God and humans, I wanted to become more involved in a religious community.

I returned to the church I had gone to as a child thanks to being friends with someone who went to this same church. After becoming an active church member, I realized that the church taught about God being in three parts-the idea of trinity, that Prophet Isa a.s. was the son of God, and that through Nabi Isa’s a.s. sacrifice on the cross, we were forgiven of our sins.

I did not believe that God could possibly be three different entities or personalities. I believed that God was One essential power that had numerous traits and qualities like humans do, except that He was the Best and had the Best of qualities and traits (for example patience, love, and forgiveness).

The Christian viewpoint that is and was taught to me in church about God coming down in the human from of Nabi Isa (AS) to understand us better, that Nabi Isa (AS) died on the cross to have our “original sin” forgiven, and that our sins will be forgiven no matter how bad they are as long as we totally give ourselves to Nabi Isa (AS) did not make sense to me and seemed ridiculous.

In my high school studies, I do not remember being taught much about other religions other than Christianity, though I had respect for other religions as long as they made sense to me and did not contradict what I knew to be True. By the end of high school, I had come to realize that what I believed to be true (from what I understood the Bible was saying) was in conflict with what was being preached in the church.

Later on in my studies at college, I learned more about Islam and became interested in furthering my search for the “most truthful religion”. I still remained involved in the church’s charity work, but didn’t go to the Sunday sermons very often. I wanted to learn more about Islam, but also about Judaism, since I knew there was a lot in common between both of these religions and of course, with Christianity.

Interestingly enough I came to learn more about Islam not from a Muslim, but from a Jew. He was one of my teacher’s that I had in college who was teaching a course about the “Arab-Israeli conflict”. It was basically a course about Israel and Palestinian issues. He taught what was truthful and was of the belief that there was more in common between the two groups than any of their differences.

This teacher spoke about both Judaism and Islam which led to my interest in learning more outside of the classroom. Due to my shyness, I did not feel comfortable directly getting any information by asking a Jew or a Muslim a question in person, so I did my own research through any readings I could find.

During the course taught by the Jew, a debate occurred about the hijab. I surprised both myself ans I imagine both my teacher and fellow students when I said that the reasoning behind the hijab made sense to me and that I did not see anything wrong with it. The teacher had explained that the hijab was meant to protect a Muslim woman’s modesty and that it was followed by the women as a moral obligation because God had told them that they should dress with only the hands and face showing.

I decided that I wanted to know how people would react to me if I wore the veil in public. I knew that Muslim women were treated differently because the wore more clothing than most women do who live in the western world. I wanted to have first hand experience of what people’s reactions are to those who wear hijab.

As a whole, my experimentation with the Hijab led to my own self-realization that I felt comfortable and more secure, more respectable when I did have the veil on, compared to when I did not. Of course, I got the stares and odd, sometimes uncomfortable looks. Overall, I had not had anyone say or do anything to me that was violent or overly rude(that I can remember).

My explorations led to me realizing that to become a Jew did not make sense since I would see myself as going backwards in terms of revelation since Nabi Isa a.s. is not accepted by Jews and I would not learn anything about Nabi Muhammad (P.B.U.H). I would also not be accepted very easily by the Jewish community since I was not born a Jew, I would be seen as being at the bottom of the Jewish community’s “ladder of respectability and legitimacy”. So even though I could have learned Hebrew since I was accepted in the college course, I dropped out and aslo left behind any interest in becoming a Jew.

Upon starting my university studies, I looked into Islam whenever I had the time and the interest. It was more towards the end of my B.A. that I paid more attention to being more devoted to learning all that I could about Islam. Unfortunately, I had better results with the materials than with actual Muslims!

One of the reasons why the books were more reliable than the Muslims, is because the Muslims I met were all men who did not practice Islam the way I knew it was supposed to be practiced. I never tried to speak to any Muslims myself, it was always the Muslim men who came to me! I never really had any women who were doing da’awah. There was only one time that I remember when some Muslim women were handing out flyers, but by then I had decided to stay away from most Muslims because of my encounters with the men who were drinkers and who only seemed to want sexual relations with me or any woman who was not Muslim! I started feeling as though Muslim men saw non-Muslim women as not being of respect or fair treatment.

After taking some time away from my studies to decide whether or not I should actually become Muslim or not, I realized that even though some Muslims may not act the way they are supposed to, I should not let my disappointment with some Muslims stop me from becoming Muslim myself. By the time I got to this point in my life I had met a man who was helping me with becoming Muslim.

Alhamdulillah I took Shahadah with him, may Allah (SWT) bless him for that. Unfortunately, he did not teach me about salat or anything else and he didn’t appear to be practising Islam nor did he give the impression that he even wanted to be Muslim! I decided it would be better for me if I cut my ties with him. Even after all of this my interest in being Muslim didn’t lessen, alhamdulillah!

I had no idea where to get specific information from, who to speak to, or where to go. I had already encountered the differences in Madh’hab and was very confused. For example I had read hadith from volumes of Muslim and Bukhari that did not make sense and seemed to be outright stupid. One that I can remember is about Prophets (PBUH) not being infallible and committing sins like adultery or drinking alcohol.

If I had not met a Shia woman through my cashier job, I do not think that I would have become a practicing Muslim as soon as I did. You see, I did not even realize that i was already Muslim after taking Shahadah with the Brother. So I did not realize that I was expected to pray or fast nor did I even know how to pray nor about any of the other obligatory practices.

I feel very privileged to have been able to come to the True Islam right away instead of being Sunni first. It is very rare for this to happen and I know that the only reason I am Shia is because Allah (SWT) directed me to this Straight Path. Without His help I would have remained lost and searching for the religious fulfillment I needed.

We are so much more enriched than any other religion or sect because of the light and truth that comes from being followers of the Ahlul Bait (AS). Their lives are examples of how to live with dignity and respect. Their wisdom and knowledge can not be claimed by anyone else, only Allah (SWT) has the right to claim even more knowledge than the Ahlul Bait (AS) since God’s knowledge is infinite.

Being able to have other positive Muslim role models is very important for any Muslim who wants to be practicing properly and to have a community of other Muslims who place the same amount of attention and importance onto their religion as you do. Insha’Allah our community will continue to learn and to place more importance upon being better Muslims. Until we show Imam Mehdi (AJ) that we are prepared for his return, it won’t take place…and this is what I fear, that his a.s. return might not come sooner than later because of our community’s lack of commitment and readiness. 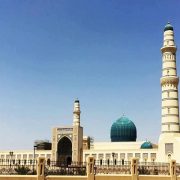 Deciphering the 'othering' of Muslims

Islam: the most untapped opportunity in tech

When is Hajj in 2017 - and what is the Muslim pilgrimage?