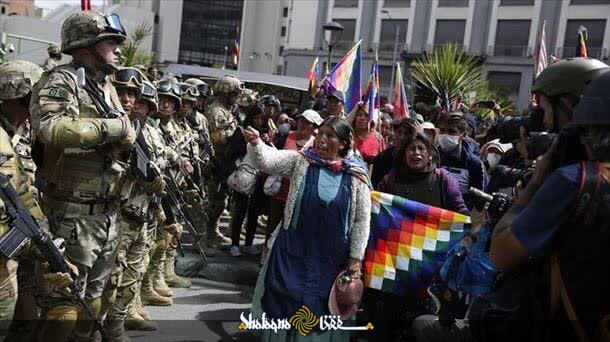 SHAFAQNA- “With the government overthrow in Bolivia, racism and discrimination against indigenous people, peasants, the humblest people returned. There will be no more freedom of expression and the result of this is that we will experience an increase in Islamophobia”.

Ayar Hussein Mujtar is a Bolivian Muslim and Human Rights activist. In an interview with Shafaqna, he explains about the overthrow of the Evo Morales Constitutional government and recent events in Bolivia.

Shafaqna: Evo Morales is the first Indigenous President who found the Plurinational State of Bolivia, what have been the characteristics of this government?

Ayar Hussein Mujtar: Fundamentally, the rights of indigenous people, the humble and oppressed people who, after 500 years of being subjugated to hiding, humiliation and racist contempt against the Indian, have been replaced today with the government facing the oligarchic lodges, the government has become submissive and willing to American imperialism. The Morales government for almost 14 years dignified the lives of Bolivians; they were no longer employees, nor servants of the United States. 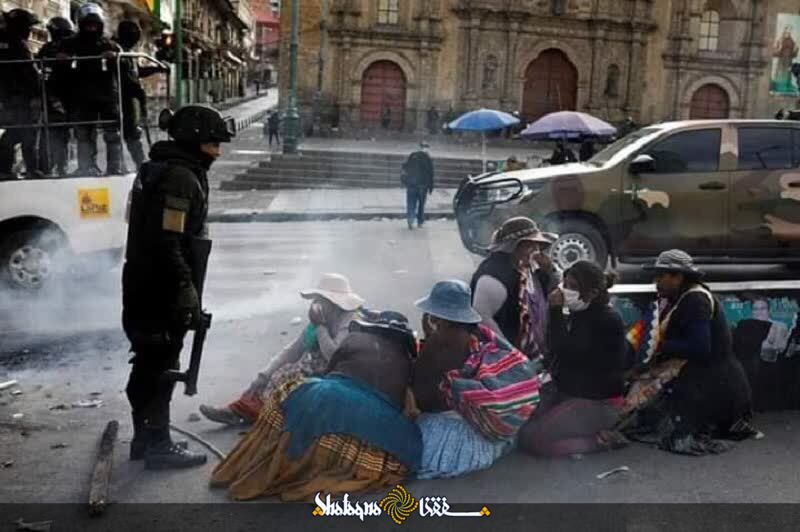 Shafaqna: What have been the most important changes in the social, political and economic sphere?

Ayar Hussein Mujtar: No doubt there are many changes that I would not be able to reach in this interview. In the social sphere, many bonds were created in favor of those in need: children, the elderly and pregnant women. On the other hand, universal health insurance was created; as well as wide access to social housing, fields that were not previously treated in full. In the political aspect, internal and external, our culture, our customs, traditions were revalued, combining the motley of our culture with respect and tolerance; Thus, for example, in the field of international politics, the “Diplomacy of the People” was a reference of the new approach of the Plurinational State of Bolivia as a new way of doing politics, a new paradigm for International Relations. In the economic area, since Bolivia was led by Evo Morales, has shown very high economic development rates, the Bolivian remained stable against the US currency. Thus “The Bolivian miracle” in the world economy was led by an Indian, being an example of development for the region and the world.

Shafaqna: During the Evo Morales government what religion was practiced and how did the government treat minorities? Was there religious freedom unlike other governments?

Ayar Hussein Mujtar: It was a secular state, there was no official religion, but there was tolerance, always respecting the beliefs of the Bolivian population. In previous governments, Catholicism was the official state religion, having privileges over other beliefs, especially that of indigenous peoples. 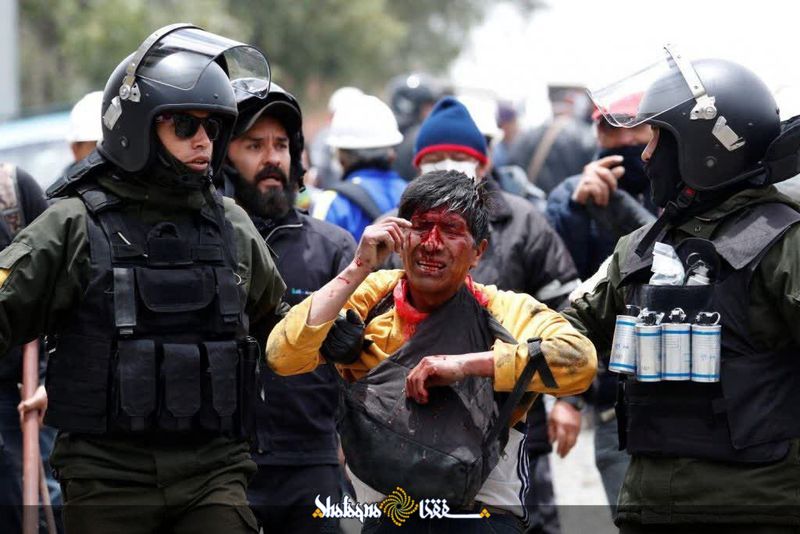 Shafaqna: Currently, diplomatic relations with the US and Israel, that have been broken almost 10 years ago, are being resumed by the self-proclaimed interim president of Bolivia, what will be the consequences for the country?

Ayar Hussein Mujtar: There will be once again an imperialist interference, having been a sovereign state, now Bolivia is becoming a lackey of imperialism in complicity with the oligarchic lodges pro-North America and Zionists. In the Morales government there was dignity and commitment to Human Rights, an example of this is that when the Israeli regime bombed Gaza by killing more than 1500 civilians, the Morales government broke off relations with Israel by sending its ambassador out of Bolivia.

Shafaqna: How would these relationships affect the life of Muslims?

Ayar Hussein Mujtar: There will be no more freedom of expression; for now, with the advances of the pro-imperialist evangelical churches, there may be a break for religious minorities, and the result of this is that we will experience an increase in Islamophobia. 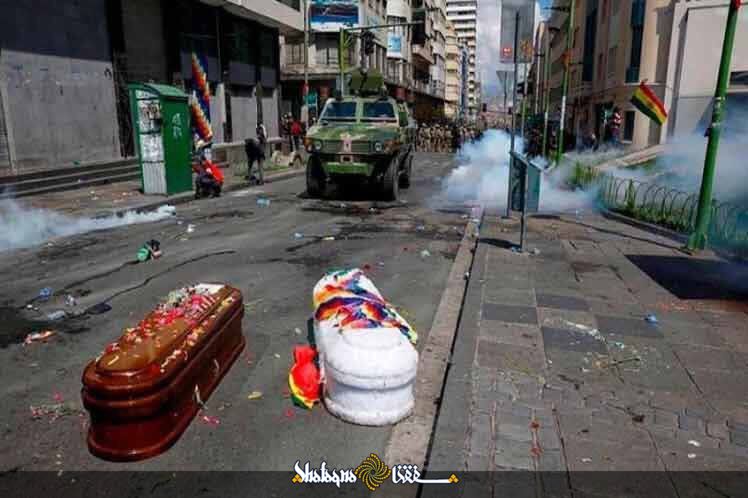 Shafaqna: What do you expect from the results of the future election in Bolivia?

Ayar Hussein Mujtar: Ayar Hussein Mujtar: I expect a state rooted in the society, which would establish the equality and restore the rights of the Bolivians especially those who have been massacred, humiliated and killed at the massacre of Sacaba and that of Senkata, in which people died humbly; because what was committed were the crimes against humanity and these must be punished with the whole punitive apparatus of International Criminal Law, being the murderers imprisoned. 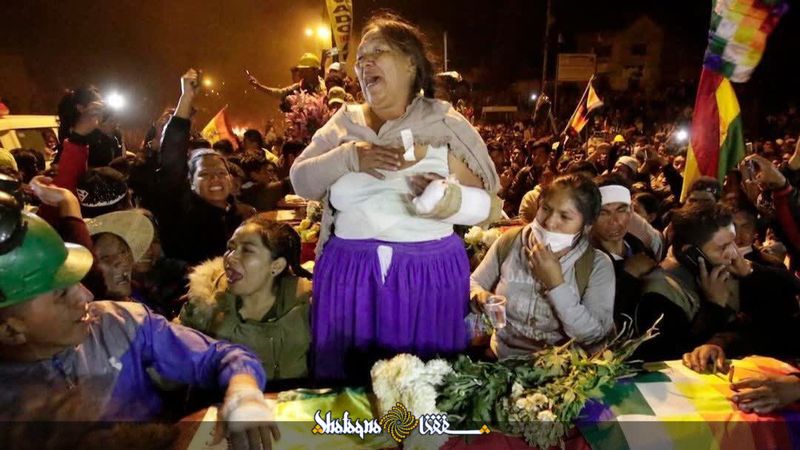 Shafaqna: How and to what extent will your country’s dictatorship affect the political situation in the region?

Ayar Hussein Mujtar: There is tension and distrust, for example many countries have not recognized the de facto regime that is currently being established in Bolivia; however, this illegitimate government is already committing illegal acts such as wanting to privatize companies that the legitimate government of Morales nationalized, and Bolivia is currently experiencing the worst dictatorship in media fields, there is no freedom of expression, in addition to the fact that it is unfairly persecuting the Ministers who accompanied Evo Morales. With the government overthrow, racism and discrimination against indigenous people, peasants, the humblest people returned, and that has no name. 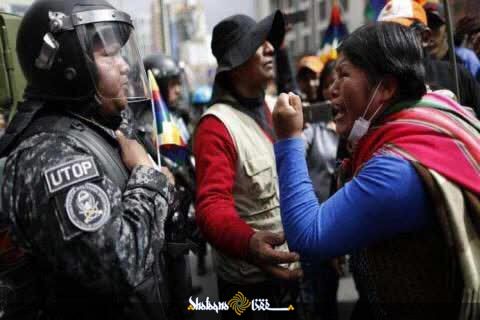 Shafaqna: In your opinion, what would be the best alternatives for the future of Bolivia?

Ayar Hussein Mujtar: The better alternative would be a government of unity that respect for Human Rights, a government that is not a puppet of any empire wherever it comes from; because we Bolivians want sovereignty, dignity and equality, free from all racism and discrimination.

Bolivia: holding new elections without Morales is approved by congress

“Imam Husayn (A.S) is compared to Tupak Katari within the Andean worldview of South America”/ Interview with Fatima Dueñas