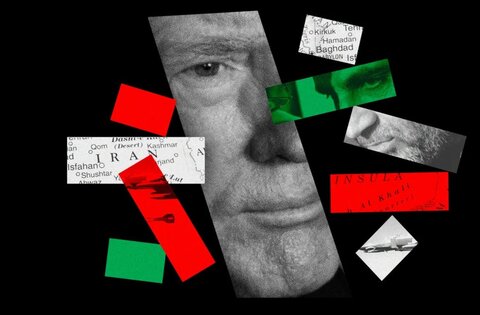 SHAFAQNA – Coming as Mr. Trump awaits Senate trial on his impeachment by the House of Representatives, the president’s ordering of the assassination raised discomfiting questions about his motive. Editorial asked: “What about the promise to end endless wars, Mr. President?” In an editorial in the New York Times, the rationality of Trump’s decision in the assassination of Sardar Soleimani was questioned.

The editorial wrote: The assassination of Qasim Suleimani, one of Iran’s top military commanders, rocks the Middle East. Is President Trump ready? The real question to ask about the American drone attack that killed Maj. Gen. Qasim Suleimani was not whether it was justified, but whether it was wise. Many pieces of the puzzle are still missing, but the killing is a big leap in an uncertain direction.

Assassinating General Suleimani, was not the same as hunting down Osama bin Laden or Abu Bakr al-Baghdadi, the leaders of Al Qaeda and the Islamic State, both terrorists who answered to no government. General Suleimani was a senior official of the Islamic Republic of Iran, and openly targeting him was a sharp escalation in the conflict between the United States and Iran, all but taunting Iran to strike back. And that by a president who had previously demonstrated strong aversion to American involvement in the Middle East, contempt for intelligence from the region and occasional reluctance to order the use of military force.

“The game has changed,” the defense secretary, Mark Esper, said Thursday, before the general was killed, vowing preemptive action if the United States detects plotting by Iranian-backed forces to attack American interests in the region. It’s reasonable to ask why the administration didn’t take more measured deterrent steps before abruptly twisting the regional dial to “boil.” As Senator Christopher Murphy, among other Democrats, pointed out, the Trump administration might have set off “a potential massive regional war” without congressional authorization.

“One reason we don’t generally assassinate foreign political officials is the belief that such action will get more, not less, Americans killed,” Mr. Murphy added. “That should be our real, pressing and grave worry tonight.” Coming as Mr. Trump awaits Senate trial on his impeachment by the House of Representatives, the president’s ordering of the assassination raised discomfiting questions about his motive. Similar questions were raised in 1998 when President Bill Clinton ordered a major bombing campaign of Iraq, known as Operation Desert Fox, while Congress was holding impeachment hearings. In Washington’s acutely partisan climate, most Republicans rallied in support of Mr. Trump while Democrats demanded to know what imminent threat the attack was meant to avert.

Secretary of State Mike Pompeo told CNN that President Trump’s decision to “remove” General Suleimani pre-empted a “big action” Iran was plotting that would have put American lives at risk. But neither Mr. Pompeo nor the Pentagon offered any details on the threat, or on how General Suleimani’s death would resolve it.

Any such strike would then demand an American retaliation, risking an all-out war with enormous consequences for the Middle East and beyond. Oil prices have already spiked; any chance for a new nuclear deal with Iran would be eliminated; Israel, under a prime minister, Benjamin Netanyahu, as deeply in political trouble as Mr. Trump and potentially in search of a diversion, could be tempted to get involved; Iraq, currently without a firm government, could again become a battleground between American forces and pro-Iranian militias.

Given the enormous risks to which President Trump and his hawkish secretaries of state and defense, Mr. Pompeo and Mr. Esper, have exposed the nation, they must promptly and convincingly explain their reasons for ordering so fateful an action. The explanation had better be good: Mr. Trump’s record of lies, lies and more lies; his impeachment on charges of misusing the power of his office; and his record of improvising foreign policy according to his immediate political calculations have undermined his credibility, at home and abroad. Congress and the American public need the facts.

Another fair question: Why didn’t the White House alert senior Democrats in Congress, including Speaker Nancy Pelosi, as is customary before a major military action?

On Friday, Mr. Pompeo tweeted that “de-escalation” was the primary objective of the United States. At the same time, the Pentagon announced it had deployed roughly 3,500 soldiers from the 82nd Airborne Division to the region, joining another 750 who were deployed there earlier this week. In May, the United States weighed plans for a force of as many as 120,000 soldiers in bases around the Middle East. That’s approaching the number of soldiers who participated in the invasion of Iraq in 2003.

What about the promise to end endless wars, Mr. President? 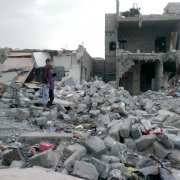 Yemeni Americans: anguished by the war, Depressed by travel ban 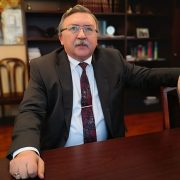 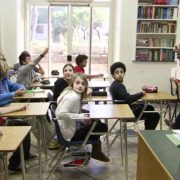