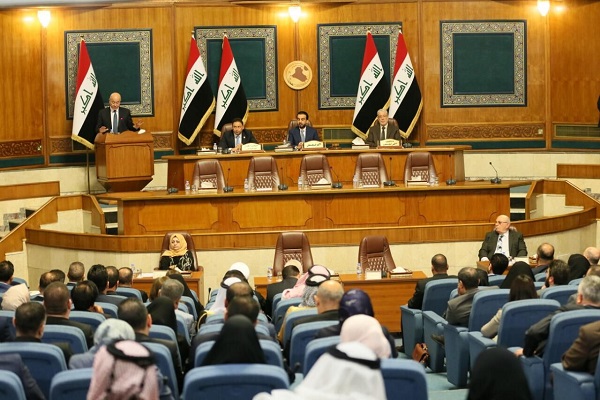 Iraq’s parliament held an extraordinary session and voted to direct the government to end the presence of US troops and to lodge an official complaint against the US over the assassination of Iranian commander General Qassem Suleimani and the deputy head of Hashd al-Sha’abi.

According to al-Sumaria news, the lawmakers on Sunday approved a bill to expel foreign troops.

They also directed the government to lodge a complaint with the United Nations over the assassinations.

Speaking at the parliament during the voting, Caretaker Iraqi Prime Minister Adel Abdul Mahdi said it is in the interest of Iraq and the US that foreign troops leave the country.

General Soleimani, Abu Mahdi al-Muhandis, who was the deputy head of Iraq’s Hashd al-Shaabi, and a number of their entourage were killed in a strike by American drones near Baghdad International Airport in the early hours of Friday.

The White House and the Pentagon confirmed the assassination of General Soleimani in Iraq, saying the attack was carried out at the direction of US President Donald Trump.