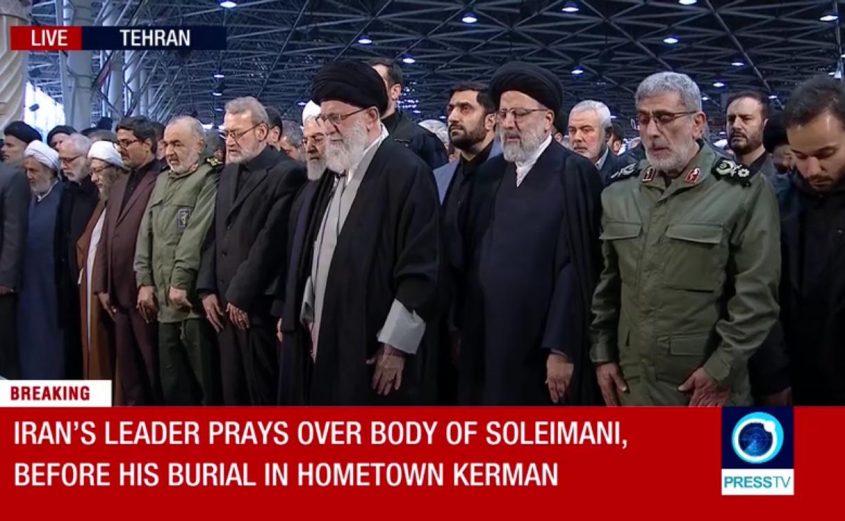 SHAFAQNA- The Leader of the Islamic Revolution leads the funeral prayers on the body of General Qasem Soleimani and his companions in Tehran.

Ayatollah Khamenei with tearful eyes prayed on the body of General Qasem Soleimani and the martyrs of the resistance. 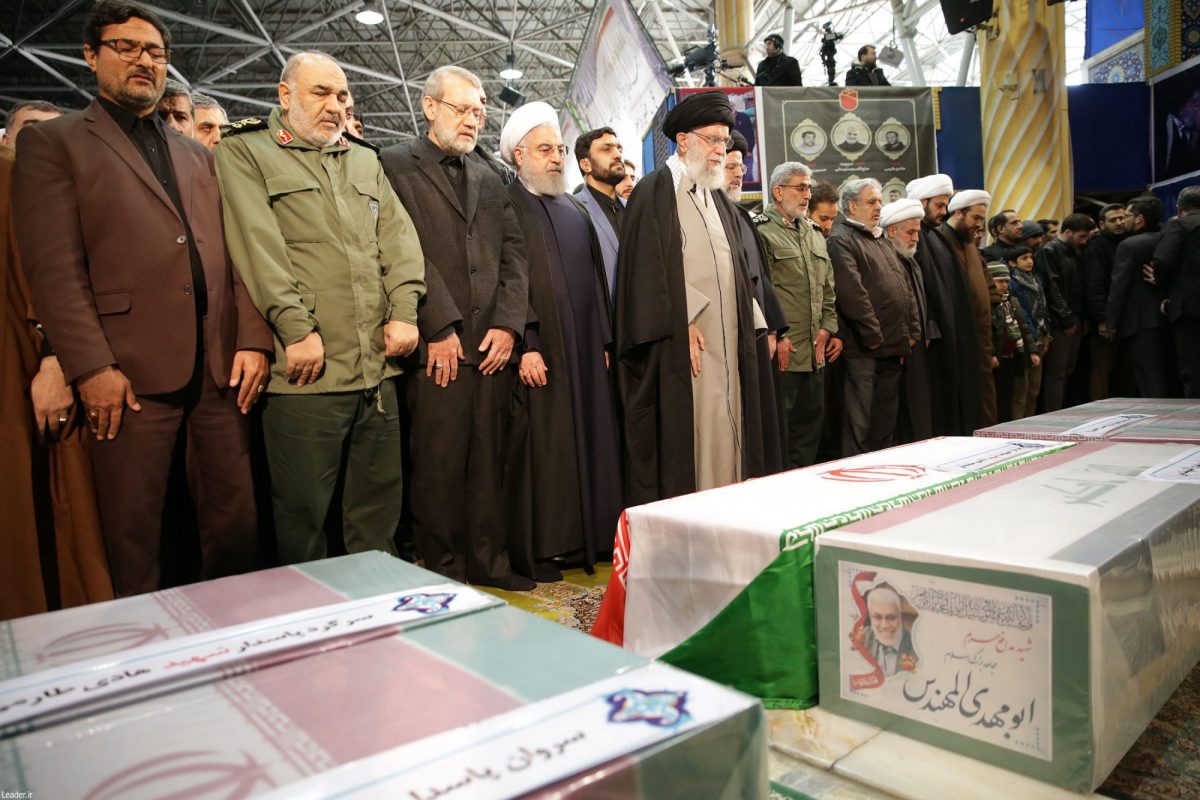 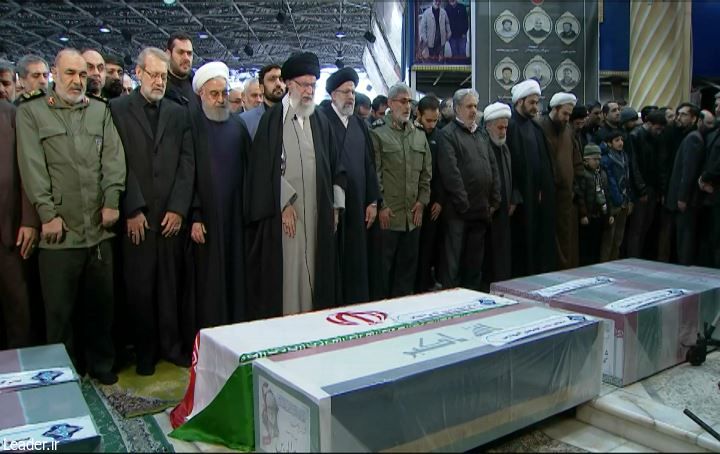 After the prayer, Commander Soleimani’s funeral will be held from Tehran University to Azadi Square.