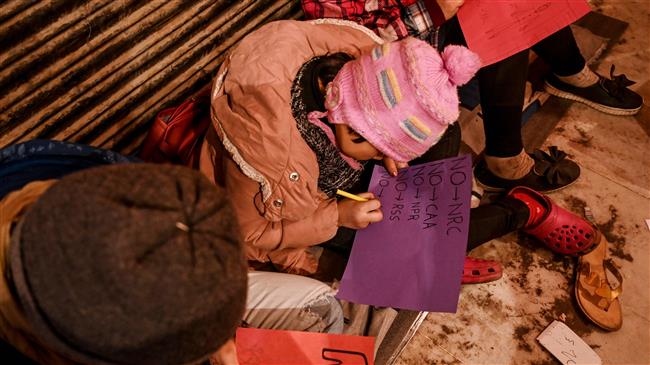 SHAFAQNA- Press TV: Protests, outside this university campus of New Delhi’s Jamia Millia Islamia, have now become a daily routine for hundreds and sometimes thousands of students. They have been protesting against the new citizenship law which they say singles out Muslims and violates the Indian constitution.

Scores of students, civil society members, artists and intellectuals can be seen waiving the national flag outside the campus almost every day while many holding the placards. Now street art has become a new way of protesting the citizenship law.

This long stretch of the street and walls around the university have been filled with street art by several groups of artists. Students have used paints and pigments to create a sequence of graffiti like this one which says we are one and united, the other say you can blind us but cannot take our vision.

Students say every single artwork is a message expressing that Indians stand together to protect country’s unity and diversity. They say they will not tolerate any attack on secular nature of the nation on which the country was founded.

Students from several universities have joined the agitation which started on December 13 after a police crackdown on the students protesting the law granting nationality to immigrants based on religion. Now they are trying all democratic and peaceful means to remind the people of the country’s freedom struggle.

Critics say the new law indicates the Hindu nationalist government’s gradual move to polarize society and marginalize the Muslim community. Since the new law was enacted, the country has been gripped with spontaneous protests with many calling it an attack on Indian secular fabric and discrimination against Muslims. 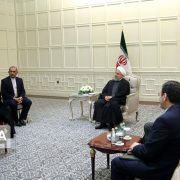 Christians and Muslims murdered in sectarian violence in Central Africa

Is China changing its policy towards Uighur Muslims?
0 replies