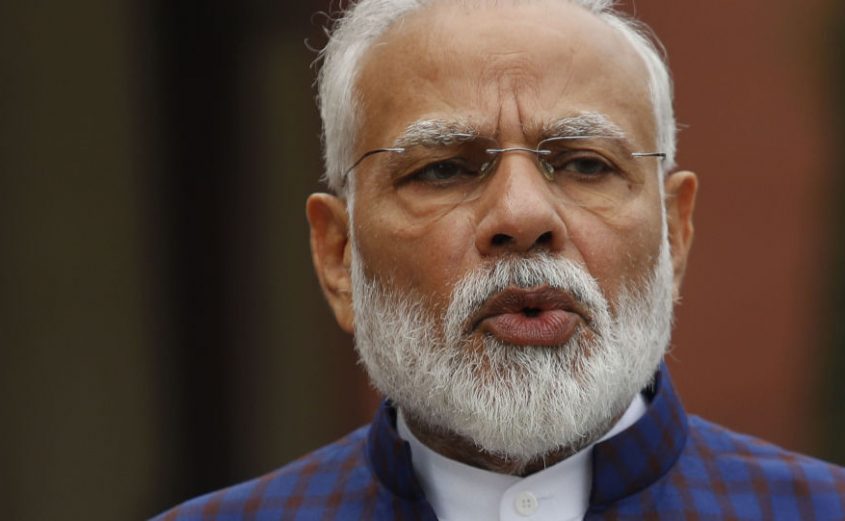 SHAFAQNA- India’s Prime Minister Narendra Modi on Sunday claimed that Citizenship Amendment Act (CAA) is in line with the ideas of Mahatma Gandhi and other independence heroes, a day after he faced fierce protests in Kolkata.

“I repeat again, Citizenship Act is not to revoke anyone’s citizenship, but it is to give citizenship,” Modi said on Sunday at a rally at Belur Math Monastery in the state of West Bengal, bordering Bangladesh.

“We all must know that anyone coming from a different country who follows the Indian Constitution can be a citizen. CAA is only an amendment in it. We have changed and have facilitated the opportunity of giving citizenship to those who have been living in difficult circumstances in other countries,” he said.

The Prime Minister claimed that the government is only fulfilling the dreams and wishes of Mahatma Gandhi, according to India Today.

“Our government has only delivered on the wishes of our great freedom fighters who got us Independence. We’ve only done what Mahatma Gandhi had said decades ago”.

Thousands of angry protesters took to the streets to tell India’s leader he was unwelcome in Kolkata on Saturday, in the latest rally against a citizenship law which, many believe, discriminates against Muslims.

Widespread street demonstrations, and occasionally deadly clashes, have gripped the Hindu-majority nation since the law was approved by parliament last month.

Police said nearly 30,000 protesters took to the streets of Kolkata to denounce Prime Minister Narendra Modi’s visit, with many linking hands to form human chains that spanned miles through the streets of the eastern megacity, Borneo Post reported.

The Citizenship Amendment Act (CAA), which was adopted last year, makes it easier to obtain citizenship for people of six religious groups that have arrived from Afghanistan, Pakistan, and Bangladesh, but does not do the same for Muslims.

The legislation sparked protests and was accused by the opposition and some celebrities of being discriminatory. Pakistani Prime Minister Imran Khan earlier slammed India’s policy as anti-Muslim, RT told .

Rising above the cycle of violence in the US and Canada

EasyJet kicks Muslims off flight for 'looking at phones'