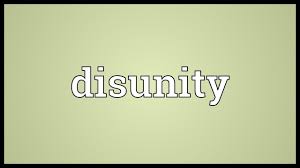 SHAFAQNA – It is narrated from the Prophet of Islam (PBUH) who said: No Ummah (nation) has been inflicted with disputes after their own prophet unless the followers of the falsehood dominated the seekers of the truth in that Ummah. Imam Ali (AS) who talked about the future victory of Moawiyeh’s army to his companions said: Swear to God that I think this lot will get better of you soon because they are united in their falsehood, and although you are on the right path but you are scattered and discordant. You disobey your leader and they obey their unjust leader. They are loyal to their leader and you are disloyal. They are sincere in their lands whilst you create corruption. But after Imam Ali (AS) became a Caliph, he told the heads of the army: Your predecessors were destroyed because they deprived people from their rights, and they (people) reluctantly accepted it, and they led people into falsehood, and the people (reluctantly) followed them [1].