Nearly 20 years later, the effect of that incessant, unforgiving focus on our communities – that woeful ignorance, that unbending finger-pointing – is now agonisingly palpable.

Before 9/11 happened in America, Muslims here in the UK were generally seen as a peaceful, law-abiding community. We kept ourselves to ourselves. We were known to be hard working entrepreneurs; the corner shops, the restaurants. Our children did well at school. Parents expected their children to be doctors or engineers. Even if they didn’t achieve those heights, they did OK. We had strong families; helped each other.

Sure, we would disappear every now and then, for those prayers. But hey, it wasn’t a big issue. And we were known to fast. You know, where Muslims just didn’t eat all day. Odd behavior that. But hey, not a big issue. Oh, and a few chose to dress funny. But again, no big deal.

We went from being known for all that to suddenly – just 24-hours after 9/11 – being “the other”; the “fifth column”; the “threat from within”; the curators of “sleeper cells”.

Nearly 20 years later, the effect of that incessant, unforgiving focus on our communities – that woeful ignorance, that unbending finger-pointing – is now agonisingly palpable.

Islamophobia – gross prejudice – is now seen as a wholly rational reaction to Islam and Muslims.

To be fair, and I have to be absolutely honest here, if I was not a Muslim myself, and did not know any other Muslims, and only saw the way Islam and Muslims are spoken of around me by non-Muslims and in the media, I’d be freaking terrified of Muslims.

So, part of my new year’s resolution is to use my column, here on Bristol Live every other week, to challenge some of these misconceptions, directly. I would like to start an open and honest dialogue with you, specifically, those of you who don’t know other Muslims, or who don’t know much about Islam and Muslims except what you see on that top-rated TV show that has so many Muslims on it, you know, the News. 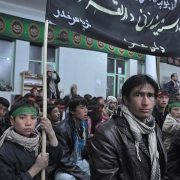 Muharram in Afghanistan: an occasion to remember the tragedies of Hazāra community 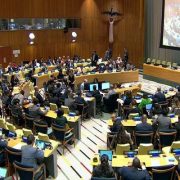 What US is seeking for, is to silence Iranian delegations systematically

Have Halal Will Travel (HHWT) app for Muslim travellers 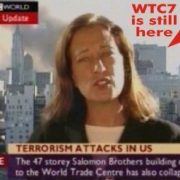 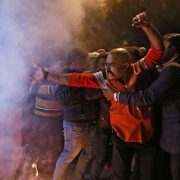