SHAFAQNA-First of all, it should be explained that angels speak, appear, and can be heard by others than prophets.

It is written in the Holy Quran:

1. “Behold! the angels said: ‘O Mary! God hath chosen thee and purified thee-chosen thee above the women of all nations. O Mary! Worship thy Lord devoutly: prostrate thyself, and bow down (in prayer) with those who bow down.” (3: 42-43)

This verse clearly states that angels spoke to Mary by praising her and conveyed to her Allah’s commands. It is evident that she heard their speech and realized their intention, for if not, it would be useless to speak to her. [1]

It is even mentioned that the Arch-angel Gabriel, himself, spoke to her.

2. “Relate in the Book (the story of) Mary, when she withdrew from her family to a place in the East. She placed a screen (to screen herself) from them; then We sent to her Our angel, and he appeared before her as a man in all respects. She said: ‘I seek refuge from thee to (God) Most Gracious; (come not near) if thou dost fear God.’ He said: ‘Nay, I am only a messenger from thy Lord, (to announce) to thee the gift of a holy son.’ She said: ‘How shall I have a son, seeing that no man has touched me, and I am not unchaste?’

The interpreters of the Holy Quran have unanimously agreed that the angel mentioned in the second verse was Gabriel. He “appeared before her as a man in all respects”. Then a dialogue was held between the two of them.

3. ‘And his wife was standing (there), and she laughed; but We gave her glad tidings of Isaac, and after him, of Jacob. She said: Alas for me! Shall I bear a child, seeing I am an old woman, and my husband here is an old man? That would indeed be a wonderful thing!’ They said: ‘Dost thou wonder at God’s decree? The grace of God and His blessings on you, O ye people of the house! For He is indeed worthy of all praise, full of all glory!” (11: 71-73)

These verses speak of the angels visit to Ibrahim (A), bringing him the good news of a son. Ibrahim’s wife, Sara, who was serving the guests thinking that were men, spoke to the angels and they replied to her. This matter is clear from the verses.

4. “So We sent this inspiration (revelation) to the mother of Moses: ‘Suckle (thy child), but when thou hast fears about him, cast him into the river. ” (28: 7)

Some interpreters claim that Musa’s mother was inspired to act in such a manner; while others say that she was spoken to (by the angels) in order to follow the Divine Commands.

“(Muhaddathoon) means those who are inspired or whose expectations are accurate and directed by Divine power.”

It can also mean those who utter true and accurate words, those who are spoken to by angels, or those whose opinions and viewpoints always conform to righteousness as if they were inspired by the Kingdom of Heaven. Hence, this position is a generous miracle bestowed upon a selected group of Allah’s pious worshippers, and an exalted position granted to Allah’s chosen ones.

Thereupon, it becomes readily easy to distinguish that Fatima Zahra (SA) was spoken to by angels. Because the Mistress of all women, and the daughter of the best of all Prophets and Messengers is not any less significant than Maryam Bint Imran, Sarah, Ibrahim’s wife, or Musa’s mother. Of course, this does not mean that any of these ladies-including Lady Fatima-was a prophet.

“Fatima was called “Muhaddathah” because the angels descended from Heaven and called her as they called Maryam Bint Imran and said: “O Fatima! Allah hath chosen thee above the women of all nations.””

It has been narrated in v. 10 of A-Bihar that Imam Sadiq (A) said to Abu Basir:

“… We also possess Fatima’s book Mushaf, and had they known about the book of Fatima!!! It is three times the size of your Quran; and by Allah, it has not a letter of your Quran; rather it was dictated and revealed to her by Allah ….”[2]

This narration needs elaborate research and explanation, for the Imam (A) compared the size of Fatima’s book to the size of the most familiar book to all Muslims-the Holy Quran. Thus, if the Quran was printed in average-sized letters on standard paper, and let us suppose that it would fill five hundreds of such pages; then Fatima’s book would need fifteen hundred had it been printed according to the same standards. This is what the Imam (A) meant when he said: “It is three times the size of your Quran.”

This, however, does not mean in any way that the Holy Quran is deficient or that Fatima’s book completes it, nor does it mean that another divine book was revealed to her. In fact anyone who makes such a claim is either ignorant or an infidel.

The word “Mushaf’ does not mean “Quran”; rather it means volume, book, or a collection of articles in one notebook. When a group of Imam Sadiq’s (AS) companions questioned him about Fatima’s book, he was quiet for a long time then explained: “Surely you search for what you need and that you need naught”. Actually, Fatima (SA) lived seventy-five days after the Prophet’s death; when she was intensely depressed, Gabriel would visit and condole her on the Prophet’s death. He would cheer her up by mentioning the good situation her father was enjoying, and tell her what would come to pass after her death. Imam Ali (A) wrote what Gabriel said, and this is Fatima’s book.

“…Fatima’s book, I don’t claim that it is Quran, rather it contains what makes people need us and makes us in need of no one. It even mentions (the legal punishment for) a lashing, half a lashing, one fourth of a lashing, and the indemnity for a scratch mark.” [3]

There remains a need for an explanation of what is meant by “It was revealed to her.”

This explanation can be derived from the Quranic verses that revelation is not confined to prophets; but rather Allah, the Exalted, reveals to some chosen people as mentioned in the following verses:

Moreover, these verses state that revelation is not confined to mankind, but it also includes other creatures such as: the Heavens, the Disciples, the angels, the bees, and Musa’s mother. Therefore, there can be no doubt that Allah, the Exalted, sent revelations to the Mistress of Women and daughter of the Master of Prophets, as he revealed to Musa’s mother or Maryam Bint Imran. In conclusion, Fatima’s book is enormous, and includes detailed information about the legal punishments and the Islamic penal code, whether major or minor.

It was also declared that her book lists the names of kings who ruled and will rule on Earth until the Day of Resurrection. All this was according to the will of Allah the Knowing, the Omniscient. The book also contains descriptions of all-important events that will take place throughout history. Fatima’s book was not a Quran, as is clearly stated in the traditions of Ahlul-Bayt, in spite of the false claims of the enemies of the Shia who argue that the Shias believe in another divine book called Fatima’s book, with the intention of undermining their authentic faith. 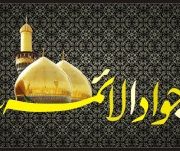 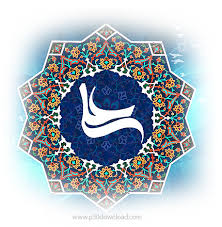 Ali (AS) and his Forty Discourses 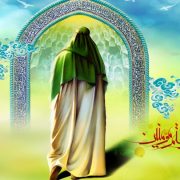