SHAFAQNA – Numerous traditions of the same type have been recorded by scholars and narrators of Ahle Sunnah from the Holy Prophet (PBUH)) describing the various characteristics of Imam Mahdi (AJ), the descendants and great grandson of the Prophet (PBUH). The qualities and merits of His Eminence, Mahdi (AJ) are same as those of the divine messengers. His description and details have come in the narrations as follows:

۱٫ Abu Saeed Khudri narrates from the Messenger of Allah (SWT) that he said: “Indeed, the Almighty Allah (SWT) will raise from my progeny and Ahle Bayt (AS) a man, who would have appropriate gap between his front teeth and have a bright forehead so that he may fill the earth with justice, welfare and economic equality.”[۱] Numerous traditions of the same type have been recorded by the scholars and narrators of Ahle Sunnah from the Holy Prophet (PBUH) describing the various characteristics of Imam Mahdi (AJ), the descendant and great grandson of the Prophet (PBUH).
۲٫ His Eminence, Abu Ja’far, Imam Muhammad Baqir (AS) through his forefathers has narrated from the chief of Ahle Bayt (AS), His Eminence, Amirul Momineen (AS) that His Eminence proclaimed from the chamber, “In the last age a man from my progeny would rise, having a fair complexion that has some redness (hue) and having a clear and wide belly and his thighs would be broad and his bones shall be long (big) and prominent and he would have two beauty spots one of whom shall be the color of the Prophet (PBUH). He shall rise up.”
۳٫ In another tradition His Eminence, Ali (AS) again mentions about Imam Mahdi (AJ) in the following words:
“He shall have a wide forehead and big eyes and a clear and wide belly, broad thighs, his front teeth would be sparkling and there is a mole on his right thigh.”[۲] A fact derived from traditions and reports of the Holy Prophet (PBUH) is that in his facial appearance he is most handsome and elegant. All physical and facial beauties would be humble and submissive before the elegance of Imam Mahdi (AJ). The prominent and acknowledged poet, Agha Sayyid Hassan has thus mentioned about His Eminence:
“The elegance came up (arose) through his clear face
The morning breeze spread from his calming countenance.”[۳]

Resemblance of Imam of the time with the Prophet (PBUH)
Among all the people, His Eminence is most resembling His great grandfather, the Messenger of Allah (SWT), by way of method, Jihad and revolution against oppression and transgression and transformation of the system of the oppressive rulers in society, from theft and destruction humiliation, affliction and problems. He would replace all this with a system that would provide every kind of comfort and security and be a cause of general welfare and happiness of the people. When the Qaim of the progeny of Muhammad (PBUH) would appear, he would work in the same way as his great grandfather had done. That is why he would destroy the false powers and tyrannical rulers whose power is based on falsehood and hypocrisy and he shall eradicate them completely. He would then establish justice and equity in every sense of the term. 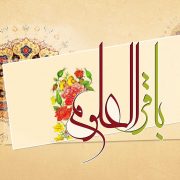 An Imam Still Calls Out... 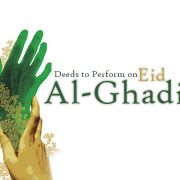 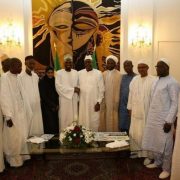 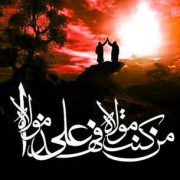