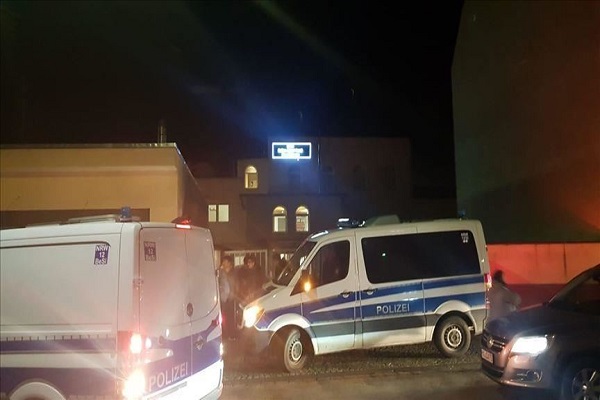 SHAFAQNA- IQNA:  A bomb threat, emailed to a  Mosque in  Germany on Thursday, turned out to be a hoax. Aachen’s prominent Yunus Emre Mosque in North Rhine-Westphalia was targeted by a bomb threat via e-mail, which claimed to explode the Mosque. Responding to the incident, police evacuated the mosque and searched for a bomb with sniffer dogs. The police investigation revealed that it was a hoax bomb threat, Anadolu Agency reported.

Suleyman Zembilci, the vice-president of the mosque administration, said Mosque could not serve for noon and afternoon prays due to the bomb threat. On Wednesday, similar hoax bomb threats were sent to the Mosques in Essen-Steele, Hagen-Haspe, Unna and Bielefeld by a neo-Nazi group Combat 18 (Kampfgruppe 18). The Yunus Emre Mosque, which belongs to the Turkish-Muslim organization DITIB, is a well-known Muslim place of worship in Aachen.

In recent months, dozens of Mosques across Germany received bomb threats, sparking worries among the country’s Muslim population. The country has witnessed growing Islamophobia in recent years, triggered by the propaganda of far-right parties. Germany, a country of over 81 million people, has the second-largest Muslim population in Western Europe after France.

Islamic clerics from Germany, Belgium and the Netherlands meet in Hamburg [photos]