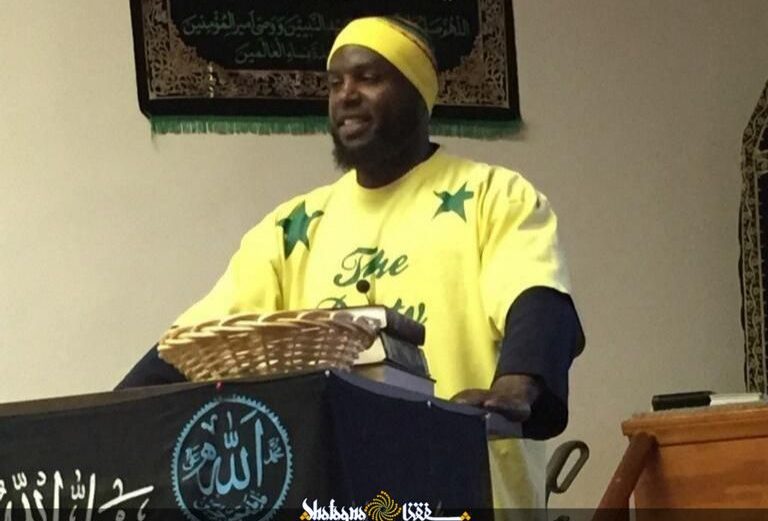 Brother Amir Hakeem is a member of Shia community of the US and the assistant of the Imam of Masjid Al Rasul in Watts city of California.

In an exclusive interview with Shafaqna, he explains about Islam in California.

Amir Hakeem: My name is Brother Amir Hakeem. I am the assistant at Masjid Al Rasul in Watts, California.

Shafaqna: How did you become familiar with Islam?

Amir Hakeem: My first contact with Islam was when I was confined at a youth detention. One of the youth there let me read the biography of Malcom X which intrigued me. In 1993, I was convicted and given a life term in prison. This is where I started getting into studying Islam. I encountered the Nation of Islam and embraced their Black Nationalist ideology but couldn’t accept the concept of man being “Allah” (Subhanallah). I realized this had no place within my heart then I began reading orthodox Islam. Before I can get indoctrinated with the mainstream Sunni narrative I met a Shia [brother] who gave me the book then I was guided. From that day I became a lover of Ahl al-Bayt (A.S). 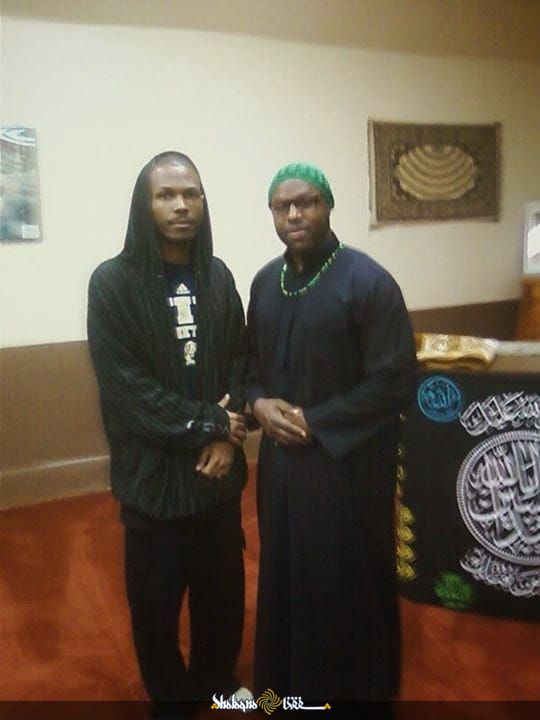 Shafaqna: What changes happened in your life following your conversion to Islam?

Amir Hakeem: The rationality of the Imams were clear and the scholars made an indelible impression upon my intellect that won my heart.

After submitting to the teachings of Ahl al-Bayt (A.S), I felt totally free for the first time. My mentality was transformed from being influenced by the outer trappings of the dunya to a garden being nurtured with the seed of revolutionary love for the movement of Imam Hussain (A.S).

Shafaqna: Could you please tell us more about your Islamic studies and your religious activities?

Amir Hakeem: While incarcerated for 18 yrs, I read various books ranging from Bundles of Flowers, Ayatollah Khomeini’s speaches, Jihad and Shahadat, Our philosophy, Imamate, The light within Me, Essence of the Quran, Nahjul Balagha, Ali the Magnificent, Hussein the Savior of Islam, etc. just to name a few. Alhamdulillah, thanks to Ansariyan publication in Iran for providing us books to read free of charge.

Shafaqna: You are the assistant of the Imam of Masjid Al Rasoul in Watts, would you tell us about the religious activities of the Mosque?

Amir Hakeem: Alhamdulillah, Allah (SWT) has granted me success in starting a food program at Masjid Al Rasul. The program is headed by Sister Aneesa Al Hasan who is responsible for the dispensing of food, clothing and our new hygiene kit for the homeless within the community. I also deal with respective gangs throughout Los Angeles in teaching them about Shiism. 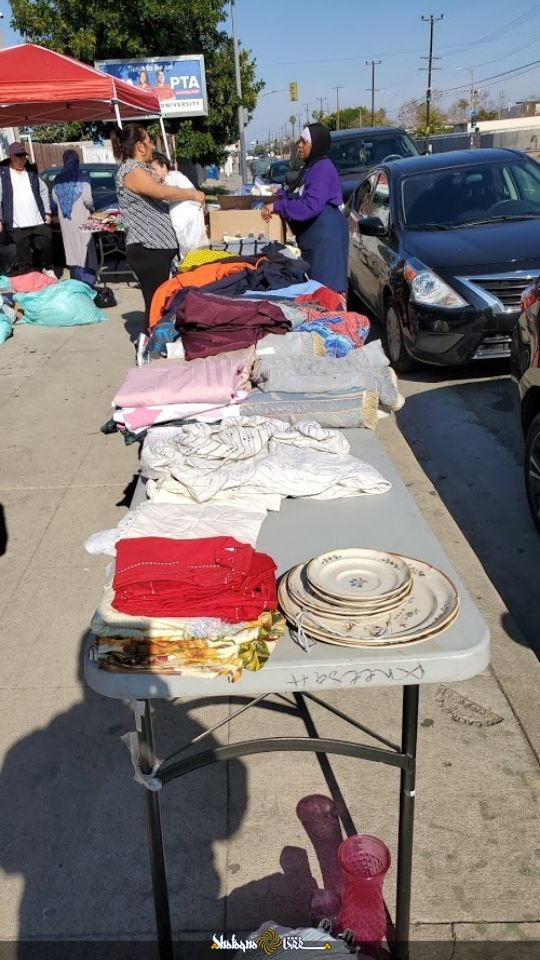 Shafaqna: Do you have enough freedom to perform your religious duties and rituals such as Muharram ceremonies?

Amir Hakeem: In regards to the religious freedom in the USA, we have the freedom to promote and to conduct Muharram as well as our religious studies without hindrance.

Shafaqna: Do you have any information to share with us about the Shia population of Watts? Their living condition?

Amir Hakeem: The challenges the Shia face collectively I believe, is the disorder when it comes to being politicized into a force on the national and international level. This is vital for the Shia Muslims in their respective communities locally. Politics dictate policies and it is our religious responsibility to bring our vision on how we want our community to look and behave.

The needs are various aspects in the social arena of practice. Most of the money from khums are being sent overseas to build institutions and catering to others needs, when the Shia in America go without institutions and facilities to carry forth their duties and obligations.

Shafaqna: What Islamic texts, books, and media do you need to develop the Islamic knowledge of your community?

Amir Hakeem: Books, Islamic text and media that can help germinate the souls and brotherhood such as prayer, ethics, cleansing the heart and souls are needed.​ 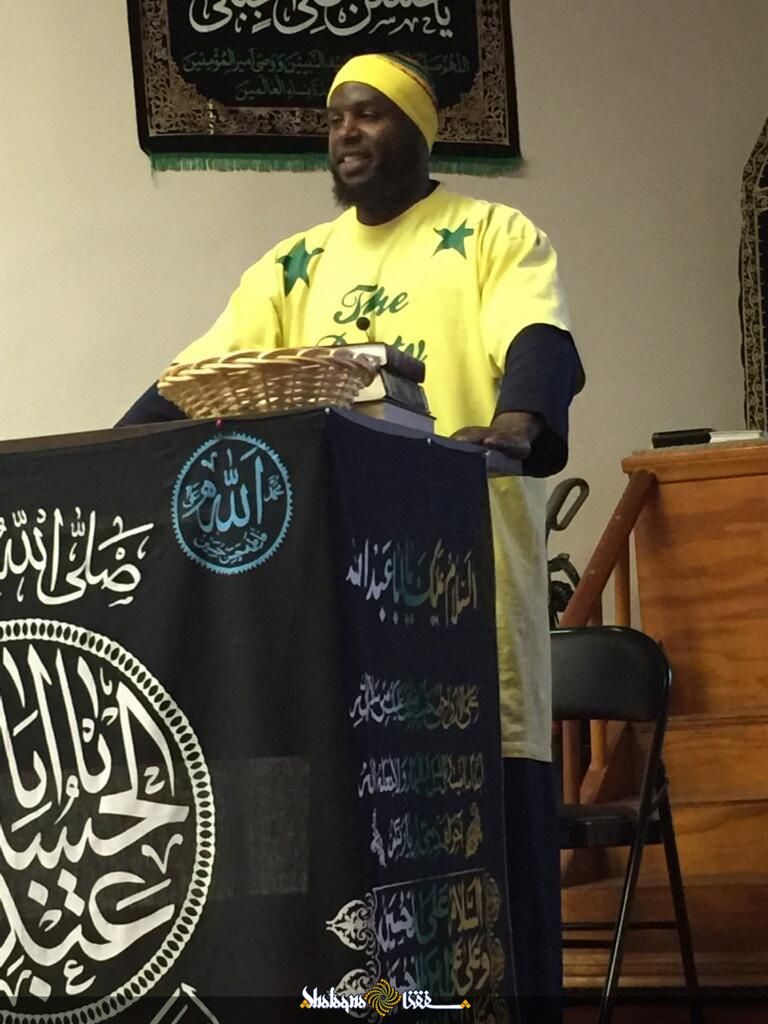 Shafaqna: Is there any tie between your Shia community and other religious communities of Watts? How about interfaith interactions?

Amir Hakeem: There is no interfaith dialogue with other faiths in Watts. However, there is no hostility. I think each faith is aware of the other but stay doing their own Activities.

Shafaqna: How much Islam, Quran, Prophet of Islam (PBUH) and Imam Ali (A.S) are known among US people?

Amir Hakeem: The American people are not ignorant of the Prophet Muhammad (PBUH), Imam Ali (A.S) or the Quran. There has been too many events internationally over the past decade that has placed the Shia in the media and making this doctrine to be on the tongues of the American people. When the invasion of Iraq took place, the awareness became clearer that there are Shia Muslims and Sunni Muslims. Muqtada al Sadr took refuge in Imam’s Ali shrine giving the whole world a glimpse of the Shrine. The war between Israel and Hezbollah also heightened the awareness.

Shafaqna: How do you introduce Islam to non-Muslims? How can we and how should we present real Islam to Western people?

Amir Hakeem: I introduce Islam to the people in given them dawa in action first. Secondly I let them know that I am a Shia Muslim. I emphasize that Shia Islam is the direct link to all of the prophets and the 12 imams. 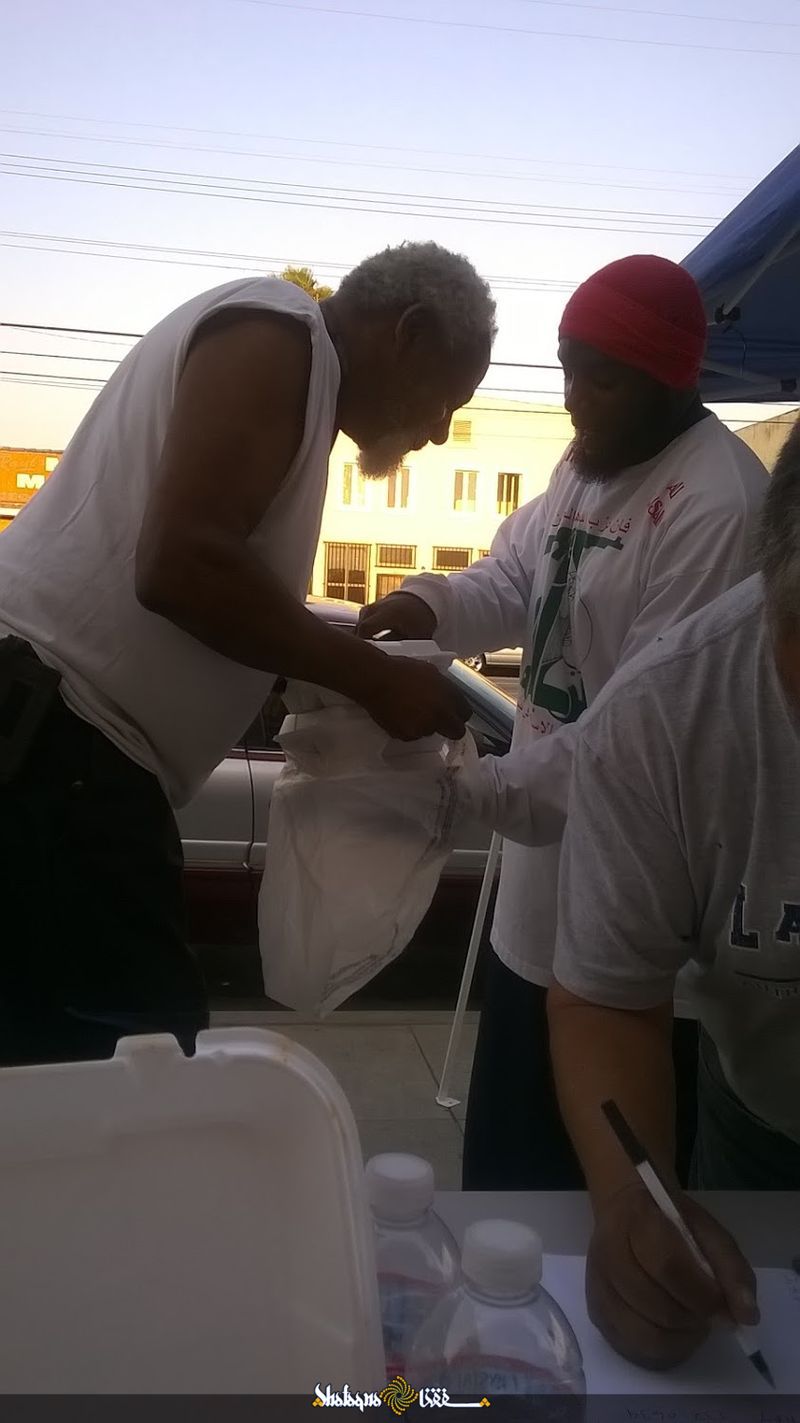 Shafaqna: Have your community ever experienced any kind of Islamophobia assault?

Amir Hakeem: Regarding the Islamophobia assaults, our community is based in a predominantly black community and Latino, and the people respect Islam. One out 5 blacks have someone in their family that is Muslim so alhamdulillah there has been no assaults.

Shafaqna: In your view, how much are young people in US ready to embrace Islam? How Islamic teachings can promote the quality of their life?

Amir Hakeem: I think young people in this country are open to something new because all the other things have failed them. I believe through hip hop music the Muslim rappers have made Islam appear as something worthy of considering to investigate and practice. We must commend the Muslim students Association on the college campuses for doing their role as a part of the Ummah.

Shafaqna: What is your message to the Shia in US and other Western countries?

Amir Hakeem: My closing message to the Shia Ummah in America is to relinquish your innate fears to cling heavily to this earth. Live truly like Imam Hussein (A) by engaging tyranny on all levels. Stop being afraid to be a Muslim in the face of those who disbelieve. We have the truth from the best of creation. We have to support and believe in Wilayat Faqih with our mind and spirit. To the Western countries who are bent upon distorting the image of Islam hoping to blot out the luminous light of this way of life, Allah (SWT) will make the light brighter. To the ordinary people in the west, study the Islamic way of life, especially the lives of the Imams and Allah (SWT) will protect you.

Shafaqna International News Agency appreciates you for giving us some time and attending this interview. Thank you very much.

“It Is Sad When We See Muslim Children in Western Countries Become Westernized And Have No Connection With Their Islamic Background”/ Interview With Jafar Ebrahimi, From Shia Community of Canada 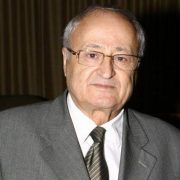 Christian scholar: Women should hold the love of Fatima al-Zahra (SA) in their hearts

The Universe Within - workshop
0 replies