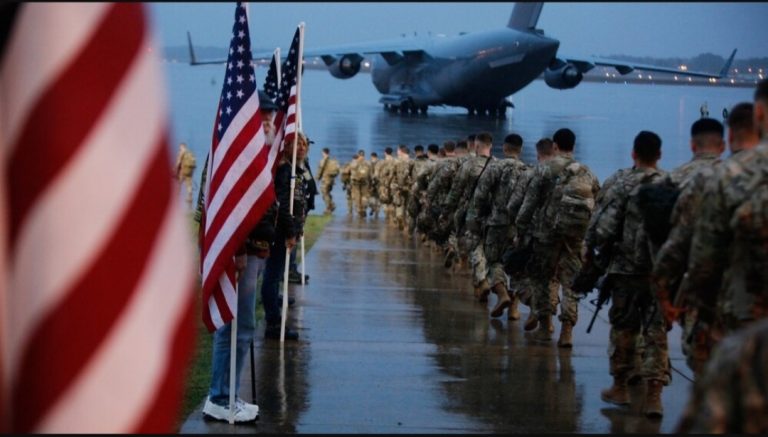 When will the Trump administration stop bullying Iraq? The latest examples of bullying involve delays in cash deliveries from an Iraqi account in the US Federal Reserve Bank of New York, and reducing the length of sanctions waivers allowing Iraq to continue buying Iranian natural gas, oil and electricity.

Every month Iraq’s central bank flies $1-2 billion in cash to Baghdad from the New York bank where Iraq’s oil revenues are deposited.  The cash is used to finance domestic operations and salaries.  The last shipment, due in mid-January, was a week late following threats from Washington that the flow of money could be disrupted. Senior Iraqi sources told Al Monitor that there were “political reasons” for the delay. This month’s shipment came on time.

The delay of urgently needed funds for Iraq contrasts sharply with Donald Trump‘s withholding for four months US military aid for Ukraine until it launched an investigation of a Democratic rival for the presidency. Iraq’s cash belongs to Iraq while the sum allocated to Ukraine was US money destined to bolster Ukraine’s battle with Russia.

By withholding cash deliveries to Baghdad, the Trump administration has exerted pressure on Iraq to permit US troops to remain in that country and to use their presence to counter Iran’s influence. This effort violates the agreement for the return of US forces to Iraq. Those making policy on behalf of Trump should understand that Baghdad simply cannot cut ties to Tehran.

Last week, Al Monitor reported that a waiver was granted for only 45 days rather than the usual 90 or 120 days. If Iraq is barred from receiving Iranian gas, power cuts could last 20 hours a day.  Washington is playing with waivers not only to pressure Iraq over the US troop presence and also to compel Iraq to make deals with US companies, notably General Electric and Exxon Mobil.

In an interview with the French press agency, quoted by Al Monitor, Iraqi Electricity Minister Luay Al Khattib said Washington must not try to “corner Iraq” by weaponising waivers.  This would seriously impact public services and be counter-productive by exacerbating popular anger with the government and the US.

Iraq Gives the US Its Marching Orders. What Part of “Go Home” Don’t You Understand?

Anti-Iran Trump administration hawks, Secretary of State Mike Pompeo and Defence Secretary Mark Esper have ignored three hard facts. The US, 11,651 kilometres from Iran, is a resented interloper in this region. Iran is Iraq’s neighbour and after its conquest of Iraq in 2003 the US installed Iran-allied Shiite fundamentalists in power in Baghdad.

There had been some hope that Esper, who is of Lebanese descent on his father’s side, would act at a brake on an impulsive, inconsistent Trump.  Esper is  a former lieutenant colonel in the army who served during the 1991 US war on Iraq and as army secretary before working for an armaments manufacturer.

However, Esper was Pompeo’s classmate at the US military academy at West Point and owes his appointment to Pompeo.  This is a risky duo.

Following the December 27 killing of a US contractor in a missile strike on an Iraqi military base near Kirkuk, Pompeo and Esper lobbied Trump to slay Iranian Quds Force Commander Qassem Soleimani.  They lied by claiming the attack was carried out by a Shiite militia, Kataib Hizbollah, which held links to Soleimani.

The truth of the matter was that the Daesh terror group was almost certainly guilty as its paramilitaries abound and mount attacks in this area. The duo also lied when they told Trump Soleimani was planning imminent attacks on US interests in the region.

Weeks after his assassination, the White House dropped this false allegation.  He was, in fact, on his way to Baghdad with a message from Tehran for ex-Iraqi prime minister Adel Abdel Mahdi who was trying to open dialogue between Iran and Saudi Arabia.

Iranian Foreign Minister Muhammad Javad Zarif has revealed that the US assassination of Soleimani, who was highly popular in Iran, risked full-scale war with Iran.  Zarif told NBC news: “It’s unfortunate that the United States, based on misinformation, based on ignorance and arrogance, combined on a course that has brought the region very close to the brink. We were very close to a war.”

This risk might have sobered Pompeo and Esper. According to David Hearst writing in Middle East Eye, the US military has told Baghdad that it is ready to reduce the number of troops in the capital and pull out from bases in or near Shiite-majority areas, including Balad Air Base, which hosts US trainers and contractors. However, the US refuses to withdraw from Ain Al Asad, the largest air base in the entire region. This is located in the western Sunni majority province, Iraq’s biggest, and extends the US military footprint into Syria and Jordan.

Al Asad was the base struck by Iranian missiles last month in retaliation for the assassination of Soleimani.  More than 100 US soldiers suffered concussions and head trauma from the explosions of the missiles but there were no fatalities.

Under the 2014 arrangement between Baghdad and Washington, the US was meant to confine its operations to training the Iraqi army and providing logistical support and air cover in the campaign against Daesh.

Since the eradication of Daesh’s territorial “caliphate” in both Iraq and Syria, the US has breached this agreement by mounting attacks on Kataib Hizbollah, one of the Iran-supported Shiite militias in the Popular Mobilisation Units (PMU), which have, formally, been absorbed by the Iraqi armed forces. The US also slew the PMU deputy head, Abu Mahdi Al Muhandis along with Soleimani, enraging Iraqis who regarded him as a victor in the struggle against Daesh.

The US military presence in Iraq is now seen by many Iraqis as re-occupation.  Iraqis are highly sensitive to external dictation and the presence of foreign military forces on their soil.  They have suffered grievously since the bungled 2003-11 US occupation and the installation of the Shiite sectarian regime which is both inept and corrupt.

Since October 1, hundreds of thousands of Iraqis, the vast majority Shiites, have been protesting against this regime, sectarian rule, Iranian influence in Iraq’s domestic affairs and the malign US military presence.

Journey of the Unseen World

Qatar’s Emir: Qatar ready to mediate between Iran, EU & US