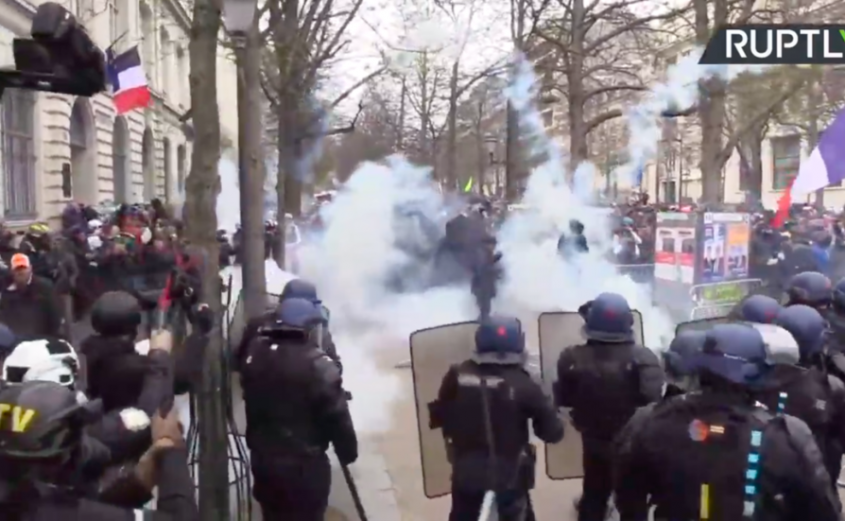 SHAFAQNA- RT: A ban on mass gatherings or fears of coronavirus cannot stop Yellow Vest demonstrators from expressing their opposition to the French government, and they are staging their weekly protests in Paris.

France’s Interior Minister Christophe Castaner on Friday banned all gatherings of more than 100 people but hundreds of demonstrators are continuing the weekly Yellow Vest vigil and are protesting at Paris landmarks. Thousands of French security forces personnel hit the streets of the capital in a bid to clamp down on the movement, which has now been running for 70 consecutive weeks.

Eyewitness footage shows riot police firing tear gas in a bid to subdue the activists as the protests spiralled towards violence. In a televised address to the nation on Thursday, President Emmanuel Macron announced school closures and urged people to avoid close contact for fear of spreading the virus, which has killed 79 people in France and infected more than 3,600.

Before that announcement Paris police had already rejected requests from protesters to demonstrate at prominent sites in the French capital. The demonstration comes just a day before voters are set to go to the polls in local elections, in which Macron’s party is forecast to fare poorly. The French president decided to press ahead with the elections despite schools and universities being shut and public transport curtailed due to contagion fears. 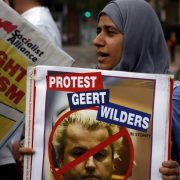 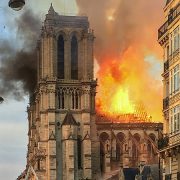 Video: Notre-dame of Paris on Fire 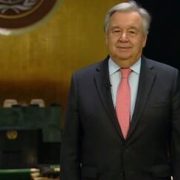