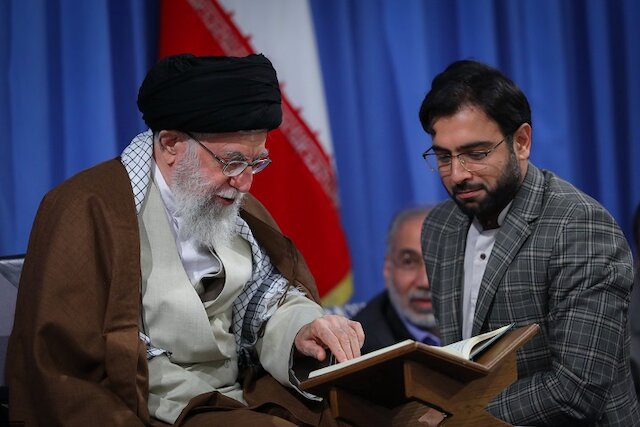 SHAFAQNA- Here is some quotations derived from speeches of Ayatollah Khamenei, about what humanity will achieve by adhering to the Holy Quran.

The Quran is not merely something to be recited

What is important is that we should appreciate the value of the Quran. The Quran is not only there for recitation. The recitation is only an introduction towards understanding the Quran and gaining a Quranic perception. We should achieve this. If the recitation part is carried out correctly, it will give us two important advantages: one is that it will deepen and broaden our spirituality and spiritual soul. We are immersed in materialistic affairs. So, individuals need spiritual attention and spiritual soul and with such recitation  if we recite it well  this will be achieved. And the second advantage is that it will help us feed our thoughts with Quranic teachings. In other words, the Quran influences both our hearts and our minds. If we get close to the Quran, many concepts of life and living will become clear to us. Instances of deviation, misunderstanding, disappointment and betrayal, enmity of humans towards one another and self-humiliation in the face of global Taghuts- all originate from drifting away from the Quran. The Quran gives us both spirituality and understanding.

The Quran is the book of human bliss: such bliss which is undoubtedly for this world and the hereafter. The Quran is not only for humans bliss in the hereafter. It ensures ones bliss in this world as well. Worldly bliss means benefiting from divine blessings in this universe. This can be achieved with the Holy Quran. Nations can achieve dignity, welfare, scientific capability, power, unity and solidarity with the Quran and by acting on the Quran. They can lead a sweet life with the Quran. All these are worldly affairs. Otherworldly bliss too  which is a spiritual, real, perpetual and eternal life  will be ensured with the Quran. Therefore, the Quran is the book of worldly and otherworldly bliss provided that we act on it and heed its words of advice.

Human beings’ sufferings are due to not adhering to the Quran

They have put it aside. Who has done this? Those people who have compromised with the US and the Zionists in Islamic countries. They trampled upon the blood of the Palestinians and violated their rights. These people forgot about being most forceful against unbelievers and they turned into the servants, followers and cohorts of unbelievers. In the present time, many rulers of Arab countries are like this. They are in this category. Another group of individuals have forgotten about being compassionate among each other. They create discord among Muslims. The Holy Quran says, “The believing men and believing women are allies of one another.”  [9: 71].

That is while they excommunicate (Takfir) the believers in Allah, in the Quran, in Ka’aba and in Qiblah. They describe them as unbelievers. They forget about being compassionate among each other. When this does not exist, civil wars will be waged in Islamic countries. You should look at the situation in Syria and Yemen. It is more than four years now that they have been bombing Yemen. Who is the bomber? Is he an unbeliever? No, apparently he is a Muslim, but he does not show mercy to Muslims. So also on such as have made Qur’an into shreds [The Holy Quran, 15: 91]. This means that they only act on certain parts of the Quran: Then is it only a part of the Book that you believe in, and do you reject the rest? [The Holy Quran, 2: 85] Of course, many of them do not believe in any part of the Quran.

Therefore, reciting the Holy Quran is an introduction to action, to understanding and to familiarity. For our part, we should see what we can do in the arena of action. The first thing that we can do is to avoid forgetting about God. The next thing is that we should set piety the basis of our work. These are easy and feasible tasks. They are not impossible tasks so much so that we ask, How? You should remember God: Oh you who believe, celebrate the praises of Allah (SWT), and do this often and glorify God morning and evening [The Holy Quran, 33: 41-42]. Whatever we want to do, we should always think if it pleases God or not. If we are sure that it is not against the divine will, it is alright. However, we should take care not to do things which are against divine will. This is divine Dhikr [remembrance of God]. Dhikr is not only uttered in words. Paying attention to this issue is an act of divine Dhikr.

The guidance of the Quran is specifically for the pious

The next one is piety. Quranic guidance is available to the pious. Piety means that we should take care of ourselves. We should take care of ourselves like a person who wants to take a narrow road which is surrounded by precipices on both sides. Every step that you take, you look down. In narrations, piety has been compared to walking through a piece of bush-land which is covered with thorn bushes. You take care not to let your clothes or your cloak get stuck in the thorns or you take care not to be injured by the thorns. You will be very careful. Piety means the same thing. It means taking care not to get stuck in the thorn bushes of this world which have engulfed you from all sides.

Of course, there are different levels for piety. The highest level belongs to those who sacrificed their lives. May God bestow His mercy and paradise on the dear martyr [Shahid Ali Chitsazian] who taught us this, If you learn to get through the barbed wire of your inner self, you will learn to get through that [the barbed wire] of the enemy as well. Gods paradise be upon these martyrs. They taught many things to us.

My dear ones, you should get closer to the Quran. What I would like to recommend and advise is that you should have more intimacy with the Quran. If we achieve the divine Dhikr and piety that I mentioned, Quranic guidance will become easier to us then: In it is guidance sure, without doubt, to those who fear Allah (SWT) [The Holy Quran, 2: 2]. When piety exists, guidance will be certain. This is because the Quran guides some people and let others go astray: God leaves straying whom God pleases, and God guides whom God pleases [The Holy Quran, 16: 93]. It shows some people the wrong way and guides some other people. Guidance belongs to the pious. The higher the level of one’s piety, the higher the level of guidance will be. We should pursue this.

What are the best deeds during the Month of Ramadan? 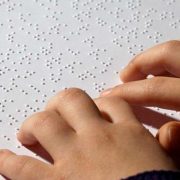 LOOK WHO ISN’T DEAD YET, PLEASE DON’T BE DISAPPOINTED 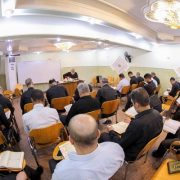 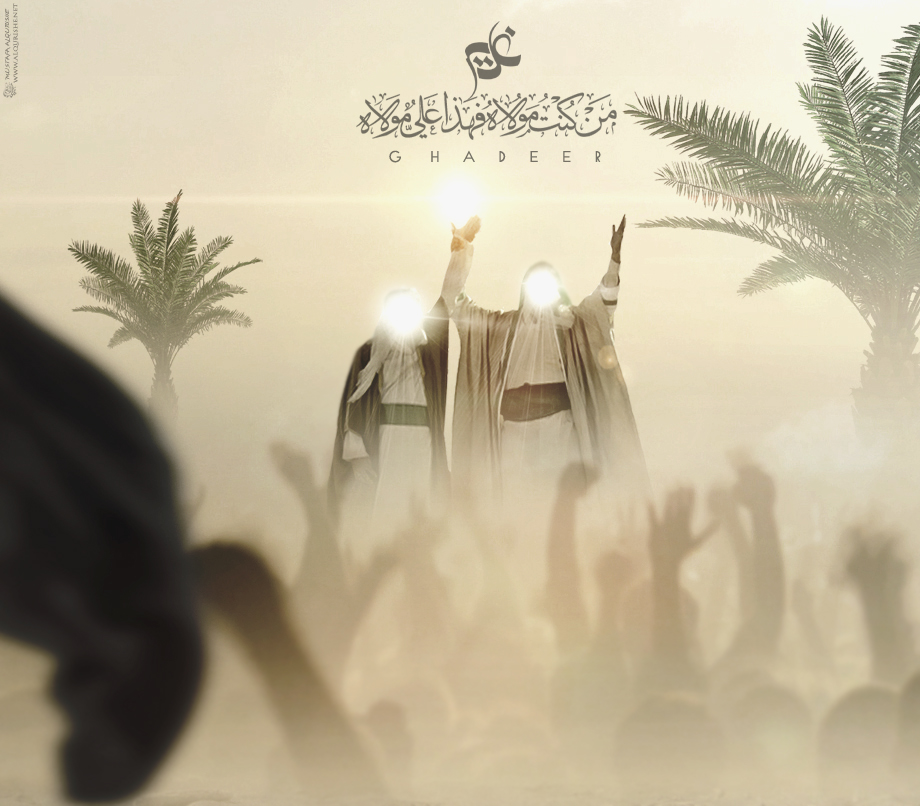 Islam: One God, One Message, One Allegiance, One House 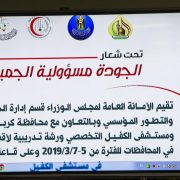 Iraq: A training workshop for the departments of health care quality in the provinces 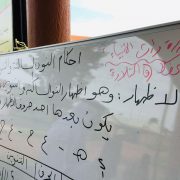