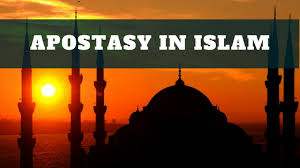 SHAFAQNA- Adapted from: “Apostasy in Islam” by: “Seyyed Muhammad Rizvi”

Why does Islam not allow apostasy? Apostasy or Irtidād in Islam is equal to treason. The Western world limits treason to political and military terms. In the USA, treason consists “only in levying war against Americans, and in adhering to their enemies, giving them aid and comfort.” However, sometimes even the Western world stretches the concept of political treason to include things which are non-politics or non-military matters.

For example, in England, treason includes violating the King’s consort, or raping the monarch’s eldest married daughter, as well as the sexual violation of the wife of the eldest son and heir. Even now, “polluting” the Royal bloodline or obscuring it is included in the definition of treason.5

Why has England included such non-political and non-military matters in treason? It has done so because the Royal family and the purity of its bloodline is one of the most significant parts of the British society and culture. In Islam, the concept of treason is not limited to political and military aspects; it also has a spiritual and cultural dimension to it. In the Islamic order of sacredness, Allah, then the Prophet, and then the Qur’ān occupy the highest positions.

Tawhid, nubuwwa, and Qiyāma form the constitution of Islam. Just as upholding and protecting the constitution of a country is sign of patriotism, and undermining it is a form of treason – in the same way open rejection of the fundamental beliefs of Islam by a Muslim is an act of treason. Apostasy, i.e., the public declaration of rejecting the fundamentals of Islam, has also negative influence on the Muslim society; it is indeed a major fitna. And that is why Islam has prescribed harsh punishment for Irtidād.

It must be emphasized that the Irtidād that we are discussing here involves open rejection, without any force and with full realization of what one’s statements or actions imply. If a Muslim has a genuine doubt on an Islamic matter, that process of doubting does not automatically classify him as a Murtad. As long as he is still in state of doubt, the punishment of Irtidād is suspended.6 A Murtad must fully realize the implications of his open rejection and what it means–casting doubt on the truth and honesty of Prophet Muhammad (peace be upon him) as the Messenger of God. The punishment prescribed by the Sharia for apostasy is death.

Even the terms used by the sharia for apostates give the idea of treason to this whole phenomenon. “Murtad” means apostate. Murtad can be of two types: Fitri and Milli.

(1) “Murtad Fitri” means a person who is born of a Muslim parent and then he rejects Islam. “Fitrah” means creation. The term “murtad fitri” implies that the person has apostate from the faith in which he was born.

• A former kāfir who became a Muslim and then apostates (Murtad Milli), he is given a second chance: if he repents, then he is not to be killed; but if he does not repent, then he is to be killed.

• But one who is born as a Muslim and then apostates (Murtad Fitri), he is to be killed even if he repents. It is important to understand that in case a Murtad Fitri repents, Allāh may accept his repentance and he may be forgiven in the hereafter, but he still has to go through the punishment prescribed for his treason in this world.7

This punishment is only applicable in case of apostasy by men; in case of women, the punishment is not death but life imprisonment. And if such a woman repents, then her repentance is accepted and the punishment is lifted. In writings of some of the Sharia jurists, one gets the sense that the punishment of murtad is to be implemented onlyā in dāru ‘l-Islām (i.e., the Muslim world), and that if the Murtad flees Todāru’l-kufr (i.e., the abode of kufr), then he is not to be pursued.8

5. See Professor Ali Mazrui, The Satanic Verse or a Satanic Novel, p. 4-5, who probably is the first Muslim to have used the term treason in comparison with apostasy in the context of the Rushdie affair

7. For a detailed discussion on the acceptance of the repentance (Tawba) by a Murtad Fitri, see the transcript of the late Ayatullāh Al-Khu’ā’s lectures by Sheikh Al-Gharawi, At-Tanqāh, vol. 3, p. 224-229.

Uniting the Ummah: The Foundations of Islamic Unity 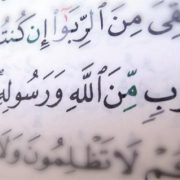 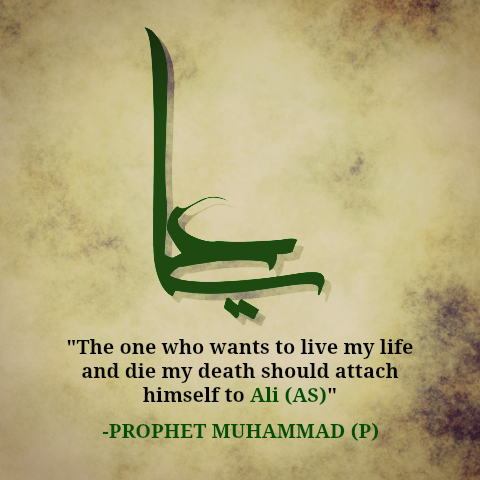 The Prophet Muhammad's last commands ... did we listen?

Being a Muslim woman in the West - Reflection
0 replies