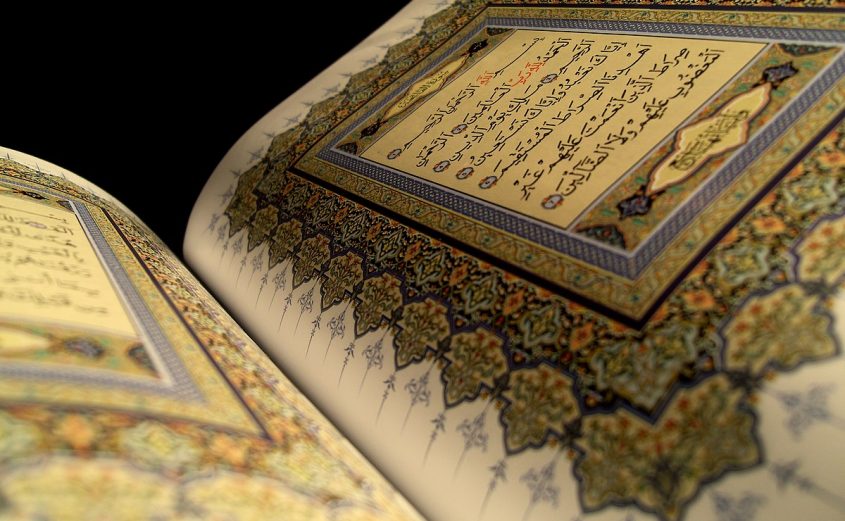 SHAFAQNA- Then set your face upright for religion in the right state – the nature made by Allah (SWT) in which God has made men; there is no altering of Allah’s (SWT) creation; that is the right religion, but most people do not know” (Qur’an 30:30) Children are born in a state of Fitra (purity) and then their parents teach them to be believers or unbelievers. Every living creature is born with a righteous nature. It is our obligation and duty as parents to teach our children so that they grow up to believe to become practicing Muslims.  Sending the child to an Islamic weekend school or to a full-time Islamic school is an important but minor part of their Islamic education. The major ‘institution of learning’ for each child is his family, and the major ‘professors’ of this institution are the parents.

The most effective way to teach anything to anybody is to be a role model.  This is why Allah (SWT) sent some human beings as prophets to all peoples.  Whether you willingly accept this job or not, it is a fact that your child learns how to function in life by watching what you do.  Even the absent parent is role modeling to such a degree that a boy, whose father abandoned his family, will probably treat his own children in the same way. Every time we deal with our children, we are teaching them, whether we intend to or not.  There is a famous poem by an anonymous author that depicts this fact vividly.  It begins:

If a child lives with criticism, he learns to condemn.

If a child lives with hostility, he learns to fight.

If a child lives with ridicule, he learns to be shy.

Therefore we must examine carefully how we deal with our child in order to have a desirable result.  The same poem continues:

If a child lives with tolerance, he learns to be patient.

If a child lives with fairness, he learns justice.

If a child lives with security, he learns to have faith.

The term ‘positive and negative reinforcement’ is popular in modern psychology, but it was advocated by the Qur’an and the actions and sayings of Prophet Muhammad (PBUH), 1400 years ago.

How do we use positive reinforcement to teach our children?

Young children are basically good. Furthermore, they want to please their parents. When you praise them for their good behavior by telling them that papa and/or mama is happy with their action, you are using positive reinforcement. Unfortunately many parents ignore their child’s good actions and only comment on the bad actions. Let us take an example.

Iman is three years old and has a baby brother, Samir, who is one. When she gets out her blocks to play , Samir crawls over to get involved.  She gives him a red block and then proceeds to build a tower. Samir grows tired of his block and tries to get more.  In the process he knocks down the tower.  Iman reacts angrily and grabs all the blocks and tells her brother that he can’t play with any of the blocks.  Her mother hears her and shouts at her angrily: “Iman you are a bad girl not to share your blocks with your brother. Give him some blocks!”

1. She gave him a block and

2. She took the blocks away.

(“Iman, what a nice sister you are, to share your blocks with your brother.  I’m so happy to see you do that.”), then Iman would remember that her ‘good’ act resulted in her mother’s attention.  When her brother knocks over her blocks, her first inclination will probably be to grab all the blocks but if her mother is there to console her and encourage her to try again (“Oh Iman, it’s too bad that Samir knocked over your blocks.  He was trying to play with you, but he is too little to be good at making towers.  Why don’t you build a little tower for him to play with, and then you can build a big one for yourself.”), then she will happily give him more blocks. She will want to share her toys next time as well because that action got her mother’s attention.

One of the most important aspects of raising your children to be good Muslims is to introduce the idea that Allah (SWT) is also happy with their good actions.  If you say that what they did or are doing is making you and Allah (SWT) happy, then the child begins to associate good behavior with acting for the pleasure of Allah, which in a nutshell, is exactly what being a good Muslim involves. Can you say anything better of a believer other than that he/she does everything fi sabillah (for the sake of Allah)?

The child who errs is forgiven by Allah (SWT), and if he dies in childhood, he automatically goes to heaven.  This mercy of Allah should guide us as we guide our children.  It is not necessary to make the child fearful of Allah (SWT) or fearful of going to hell.  In fact, this approach is counter productive – it often achieves the very result we are trying to avoid.  Stressing the negative and the punishment makes the child want to avoid anything that has something to do with  religion.  He or she grows up thinking that it is religion that keeps him from enjoying his life.

When you are talking to children under the age of twelve, stress the characteristics of Allah (SWT) that will give him security and assurances as he encounters fearful situations. He needs to be aware of the many blessings Allah (SWT) has given to him to help him enjoy and cope with his life.  And he needs to understand which actions Allah (SWT) will be pleased with, rather than worry about punishment for mistakes he knows he will make.

Too often when parents think about talking to their children about Islam, they concentrate on the ritual of the five pillars.  They teach them how to make Salaah (required prayer), and they teach them some short Qur’anic Surahs (chapters).  These are important, but do not forget that Islam is a total way of life, and every aspect has an Islamic element that you need to talk about and demonstrate for your child.  When the father goes off to work, the mother can say ‘Good bye’ or she can say ‘Assalamu Alaikum’ and add its meaning in English, ‘may Allah’s (SWT) peace be with you”. She can mention to the child that the father is doing what Allah says a good father should do – working to take care of the family.

The father should also mention it frequently, that she is trying to please Allah (SWT) by doing many things to help her child and the family.  When the child helps her mother clean off the table, the mother should mention that Allah (SWT) is pleased with the children who help their parents.  Mentioning the Islamic aspect does not imply nor suggest that you need to deliver lectures about Islam to your child.  No child wants to sit still long enough to hear a lecture about anything. The effective teaching comes as short comments or stories that point out the Islamic nature of the action.

When the parents pay Zakaah (yearly compulsory tax), they should mention the fact to their children. When they visit the sick, they should quote a Qur’anic Ayah (verse) or hadith (story about Prophet Muhammad (PBUH)), which indicates that this action pleases Allah (SWT).  When there are two ways that a child can respond to a situation, the parent can mention nicely which way will be pleasing to Allah (SWT). The constant reference to Allah (SWT), the constant encouragement to do what is right, and the constant praise and positive reinforcement for doing the right actions, will focus your child on the right path.

As our children reach adolescence, they begin to question what they have been taught, especially if most of the youth they associate with are non-Muslims, or non-practicing Muslims. If you have already established a positive relationship with your youth, then your teenage child will come to you with his/her questions and concerns.  Do not mistake these questions and worries as a rebellion against you or against their religion.  They see the teenagers at school dating, and it looks fun. “Why shouldn’t we date?” they wonder. Be happy that your youth feels comfortable to turn to you for answers.

If you have not established a positive relationship with your child by this time, you will probably have a big problem, because your youth will have the same questions, but he will not come to you for a discussion about them.  He will be seeking his answers from his friends, and if his friends are not actively practicing Muslims, he may be getting answers that go against Islam.

Why do some parents and youth have a positive relationship and others do not? Did the parents spend time with their children as they were growing up?  Did they frequently ask their children about their school, their friends, and their opinions on various things, and then LISTEN to their answers? Remember positive reinforcement?  What kind of time do the parents spend with their children?  Is it based on positive reinforcement, or does the child expect to hear angry and negative comments every time he/she tries to talk to a parent?

Thirteen year old Ihsan is fasting for his second year, during Ramadan.  One Saturday he and his friend, Adnan, went to a non-Muslim friend’s house to play.  At one o’clock, Ihsan phoned home to tell his mother, “ Johnny keeps asking us to eat lunch. We told him we’re fasting and he should go ahead, but he says if we don’t eat, he won’t either. Adnan says if I break my fast, he will too.  What should I do?” “I can’t believe you’re asking me that,” complained his mother.  “Allah (SWT) is going to punish you if you don’t fast!  You yourself know it better?  Why can’t you act like a good Muslim?  Your father and I have taught you well enough!”

How often will Ihsan ask his mother any similar questions after a response like that? By assuming that his behavior is negative and giving negative reinforcement, you can be sure that Ihsan is not likely to ask his mother for help again.  Instead, imagine if his mother answered him in this way: “You did the right thing by calling me when you weren’t sure.  But I think you already know what you should do.  What do you think is the right thing to do?” Ihsan would answer: “I think I should say no, I’m going to keep fasting.” “You are absolutely right,” would answer his mother. “I’m so proud of you, my son!”

Six links between America and the Muslim world

An Islamic Approach to Business Ethics

THE WAY TO RETURN
0 replies