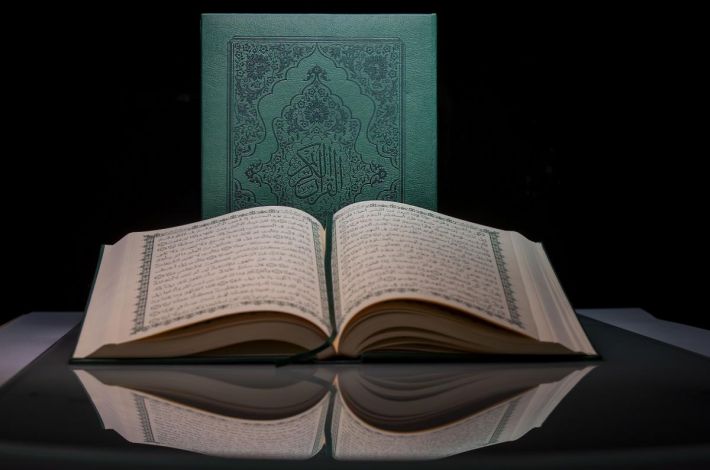 SHAFAQNA- Alkafeel: The night of the twenty-third of the holy Month of Ramadhan in the year 1436 AH, coincided with a date the Al-Abbas’s (AS) holy shrine added an achievement to its record of accomplishments, where on that night the Center for the Sciences, Interpretation and Printing of the Institute of the Holy Qur’an in it announced the printing of the first copy of the Noble Qur’an, which is considered the first Qur’an to be written with the fingers of an Iraqi calligrapher and printed at an Iraqi press; Dar Al-Kafeel for printing, publishing and distribution.

The announcement came after the third Night of Qadr and from the shrine of Aba Al-Fadl Al-Abbas (peace be upon him), and the Director of the center, Sheikh Dia Al-Din Al-Zubaidi, delivered it in a joyful forum held on this occasion. He stated then in his speech: On this blessed night, the 23rd night of the blessed Month of Ramadhan, which believers are waiting for every year, we wanted to inform you the good news of completing the printing of the Noble Qur’an that was written with Iraqi fingers by the servants of Aba Al-Fadl Al-Abbas (peace be upon him), who arranged, prepared, and produced this copy of the Holy Quran and then it was printed at Al-Kafeel Press, which is affiliated with the Al-Abbas’s (AS) Holy Shrine. So congratulations to you, those who contributed in this great service.”

It is worth mentioning that this copy of the Holy Quran has many specifications, in addition to the fact that the Al-Abbas’s (AS) holy shrine is the first institution in Iraq to bring together the line and the printing of the holy Quran, its most important features are:

1- This copy of the Holy Quran is characterized by the written line of the known Iraqi Calligrapher Hamid Al-Saadi, the artistic touches of the employees of the Al-Abbas’s (AS) holy shrine and being printed at an Iraqi Printing house, which makes it a copy of Quran 100 % made by Iraqis.

2- The centre tried as much as possible to put the interconnected words in one line, for its aesthetic beauty.

3- The number of pages of this copy of the Holy Quran is matching all other printed copies.

4- We formed the Surat of “Al-Fatiha” in a correlated way, each line showing specific meaning especially the last verse.

5- It was taken into account the aesthetic design of the outer cover of the Holy Quran, developing a decoration similar to that of the grid of the holy shrine of Aba Al-Fadl Al-Abbas (peace be upon him) in addition to the logo of the Al-Abbas’s (AS) holy shrine.

6- Calligraphy line used in this copy of the Holy Quran is “Al-Naskh”, characterized by being clear and easy to read.

7- This copy of the Holy Quran is perfectly matching the other copies used in our country and in the neighbouring countries, in terms of reading rules.

8- The adoption of a beautiful artistic way for organizing and arranging the chapters and verses, and for the design and output of the pages and the formation of decoration, signs and symbols. 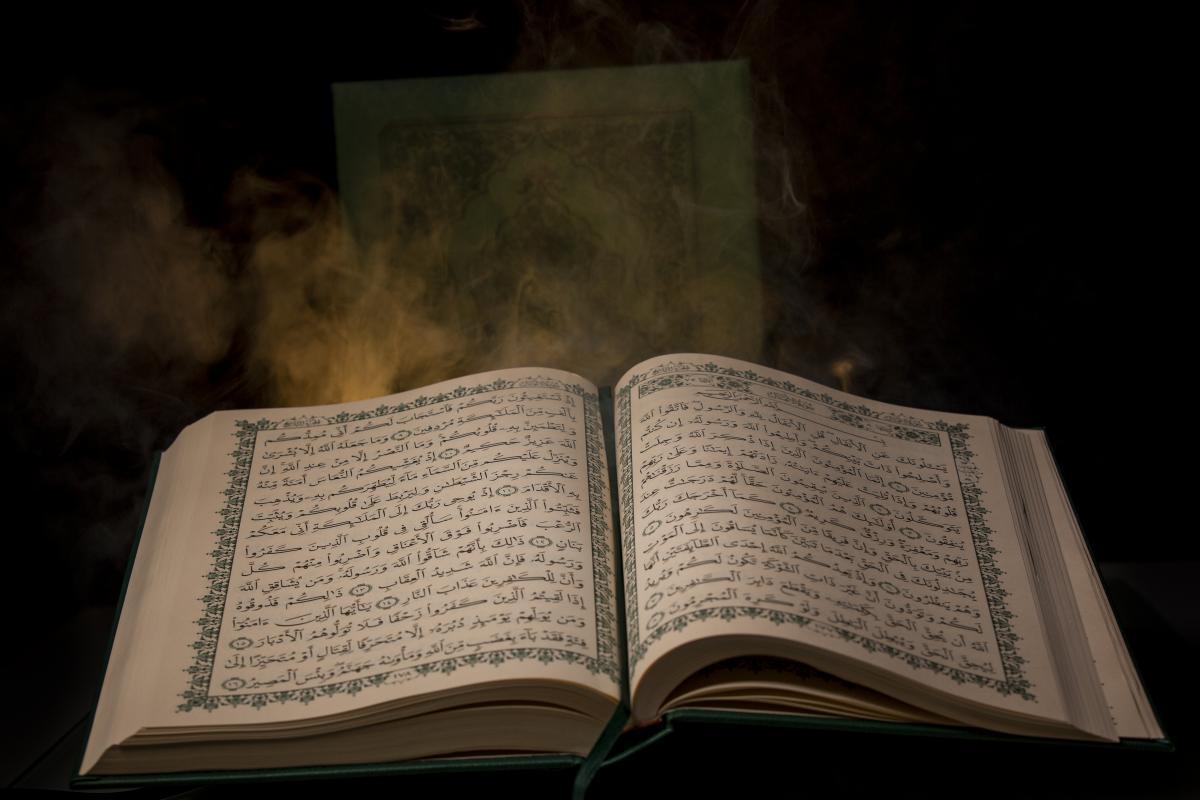 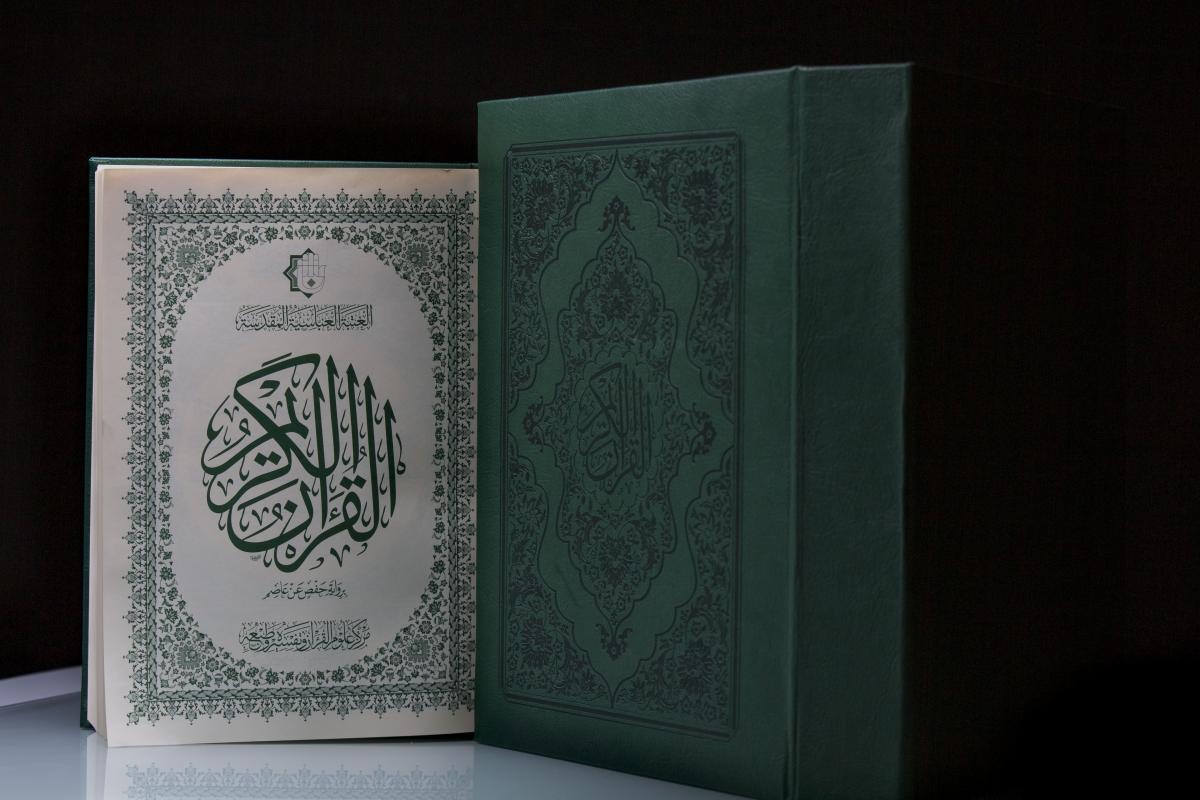 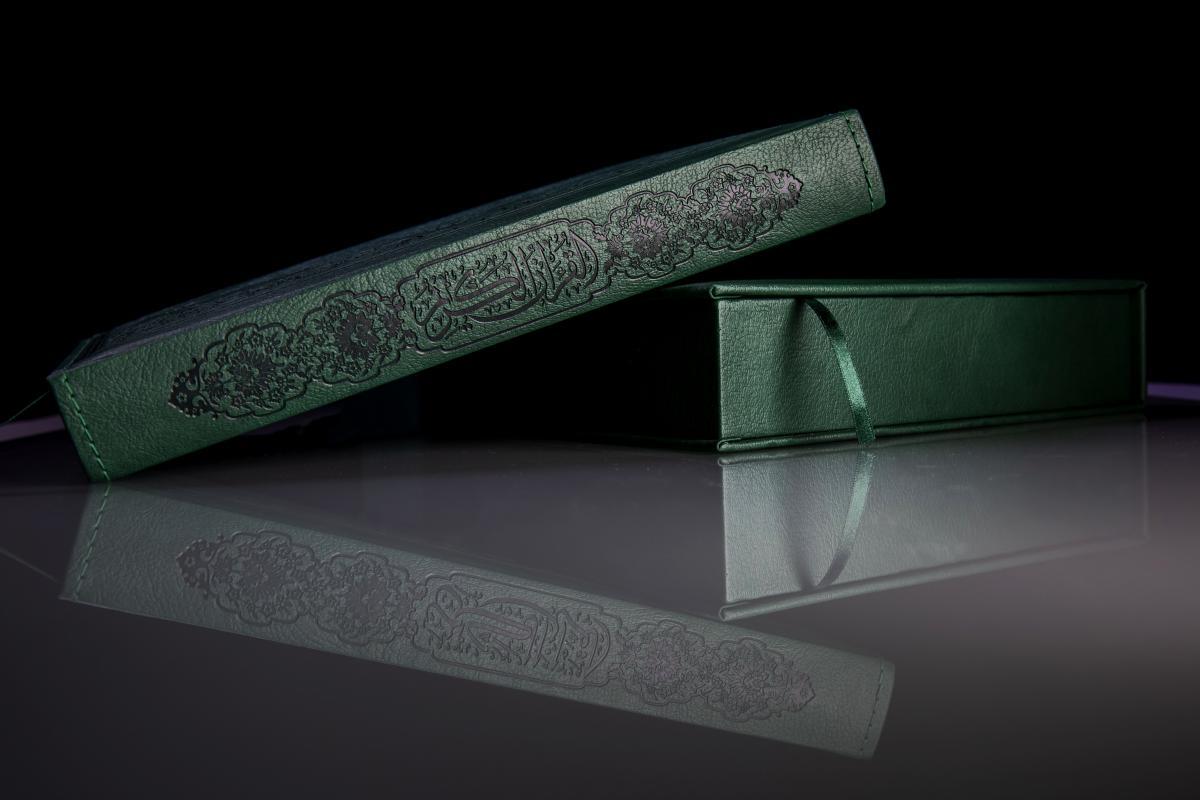 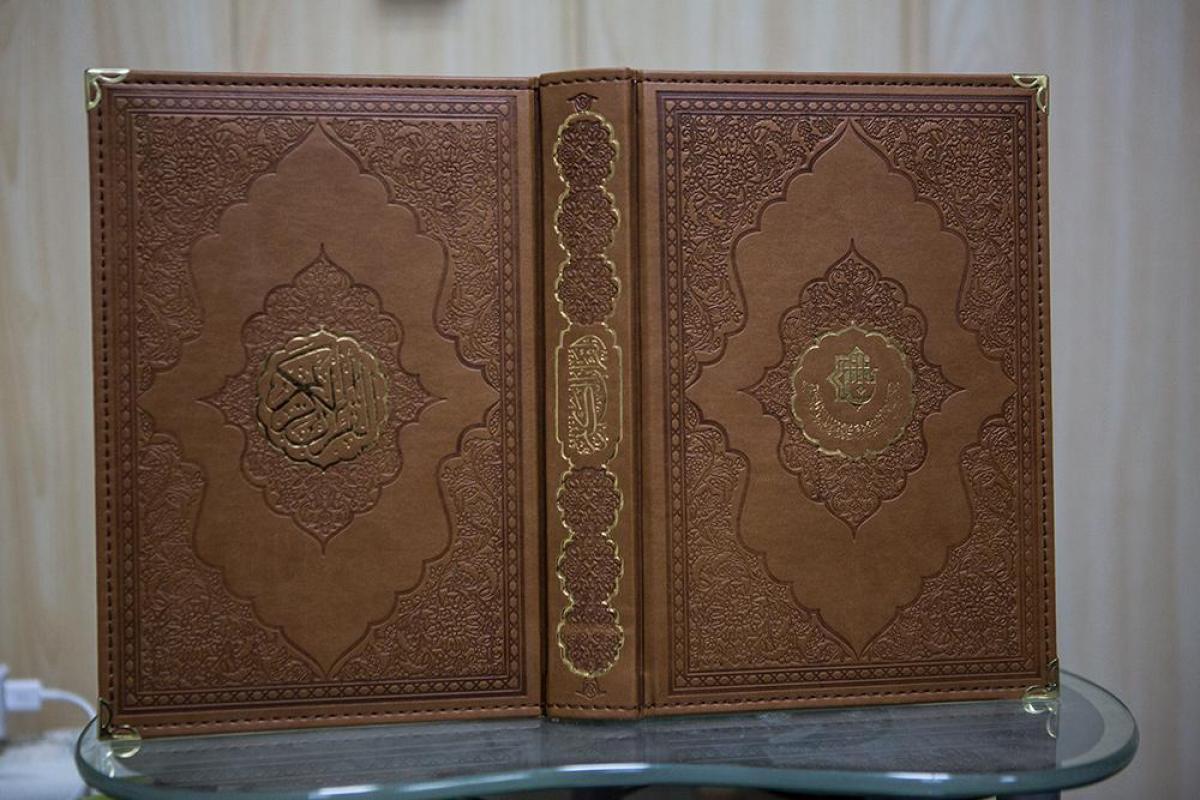 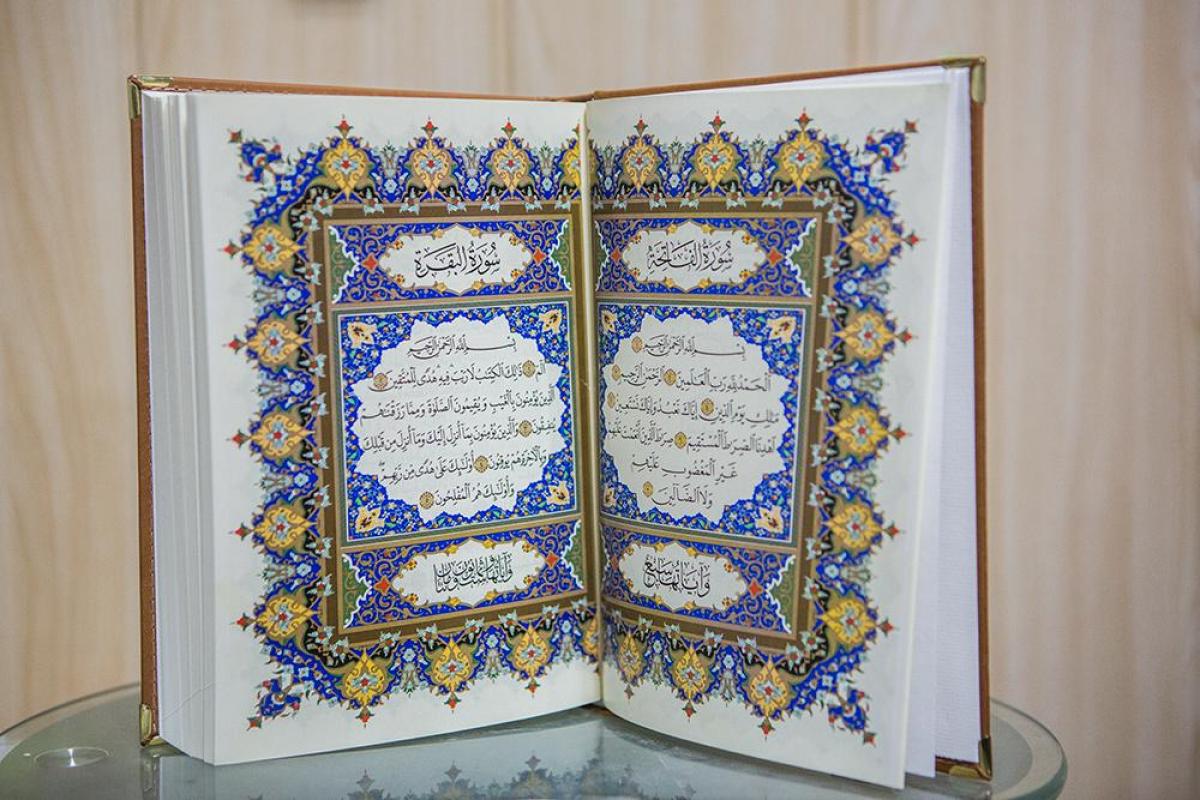 Amir al-mu'minin's far-sightedness and his staunch conviction in Belief 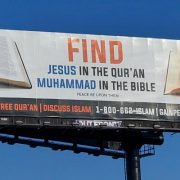 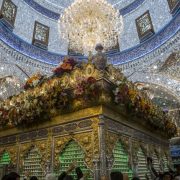 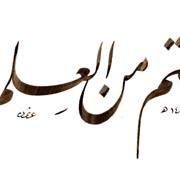 If You Do Not Know The Philosophy Of Something, Do Not Deny It 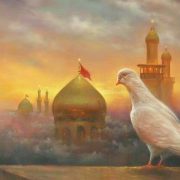