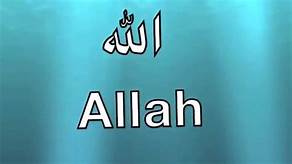 SHAFAQNA – Abu Baseer narrated: I heard from Imam Sadeq (AS) who narrated from the Prophet of Islam (PBUH) who said: How prosperous is the anonymous servant whom God knows him/her, and people do not; (because) they are lights of guidance and origins of knowledge. For their sake any sedition and darkness is removed. They do not disclose secrets, they are not ungrateful or hypocrite or boastful [1]. It is also narrated from Imam Ali (AS) who described the best servant of God by saying: For God’s sake has purified his/her deeds as if God has accepted them.

Such a person is God’s treasure and a pillar of the society, and forced himself/herself to justice and starting justice. He/she has ejected inappropriate desires from the heart; so he/she recognises the truth and acts upon it. There is no good deed unless he/she acts upon it, and goes after good deeds. Such a person entrusts his/her affairs to the Quran and has designated the Quran as his/her leader and guide. Wherever the Quran is present, he/she is there [2].