The Hajj ceremony of Prophet Muhammad (PBUH) in 10th A.H. was undoubtedly the greatest ever ceremony in the history of mankind. That was the last Hajj by the Best of the Mankind and the Last Prophet (PBUH) where over a hundred thousand Muslims accompanied him on his way back when Gabriel ascended to him with three messages:
“O’ Prophet! Declare what you were commanded to”‌
“Your Prophetic mission is not incomplete unless you declare the order of God”‌
“God protects you from the malevolent”‌
Prophet Muhammad (PBUH) ordered everybody to gather around him in Ghadir, though he had spoken of his successor repeatedly. Those in front should return and those left behind should get there. They made him a pulpit by camel loads and prepared to hear the divine words from the last messenger of God. The issue is too important and crucial to think of hot weather or disobedience by people and other problems.
Declaration of Leadership and Succession of Imam Ali (PBUH)
Prophet Muhammad (PBUH) began in the name of God as always. He reported on the whole philosophy of his twenty three-years mission and reminded them of the greatness of his religion … but it was all a preface to declare just one subject:
“Dear all! This is the last place I stand among you to speak. So hear me and obey and submit to your God, because the Great Dear God is your Lord and guardian and after God, His prophet Muhammad (PBUH) is your guardian standing here to speak for you. And after me, Ali (PBUH) is your guardian and Imam (AS) as ordered by your Lord. And after him Imamate goes down in my family of Ali’s children until you meet God and God’s Prophet on the Last Day …”‌
Though the Prophet (PBUH) had repeatedly declared Imam Ali (AS) as his successor, Ghadir was the final and decisive declaration. Also on the occasion, the Prophet of Allah (SWT) referred to Imam Mahdi (AJ) as the last in the line of Imamate.
https://en.shafaqna.com/wp-content/uploads/2020/06/image-slider-zilhajj-ghadeer-03.jpg 280 765 Yahya https://en.shafaqna.com/wp-content/uploads/2018/10/new-logo-s-en-fine.png Yahya2020-06-20 04:19:382020-06-20 09:35:19Imam Mahdi (AJ) In Ghadir Sermon 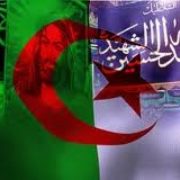 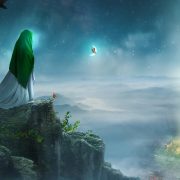 Our Opportunity to Obey the Prophet (PBUH) & Imam Ali (AS) 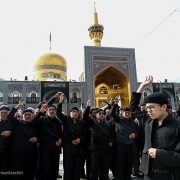 A Unique Leader in the History of Mankind 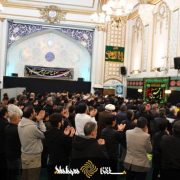 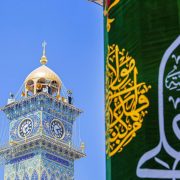