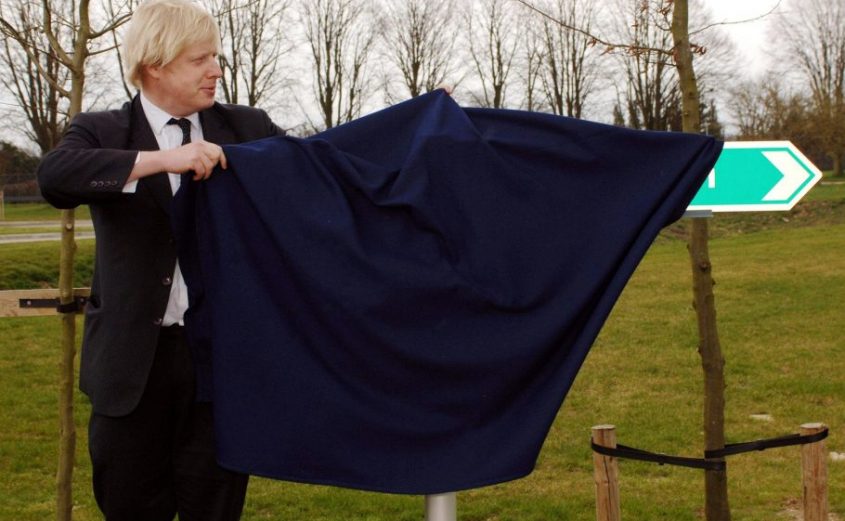 SHAFQNA- Iggy Ostanin unearths troubling new evidence of anti-Muslim racism in a rediscovered personal blog of Britain’s Prime Minister. Some aspects of Boris Johnson’s history of Islamophobia are well known – like his 2018 article in which he said that Muslim women wearing burkas “look like letter boxes”. Others are known but not discussed enough. His ties to the far-right activist Steve Bannon, for instance, or the time he and the Vote Leave campaign stirred up fears about Turkey joining the EU during the 2016 Referendum campaign.

Some instances of Johnson’s Islamophobia go unnoticed by almost all UK media outlets, such as the recent finding that he wrote of the genocide in Bosnia: “All right, I say, the fate of Srebrenica was appalling. But they weren’t exactly angels, these Muslims.” Adding to this list of his known history of Islamophobia, there are several other findings from Johnson’s personal blog, which reveal that the Prime Minister:

At first glance, the current webpage boris-johnson.com seems to be a repository of publicly available articles written by the former newspaper columnist and Mayor of London, updated by his supporters. But, as the internet archival resource, the WayBack Machine shows, it was at one point the personal blog of the MP for Henley, long before he became Prime Minister.

This website featured a forum and a comments section and archived messages show a fan-base attracted to the Johnson brand of right-wing libertarianism and his unapologetic love of the British Empire. Often, the website was a platform for Islamophobic comments that were not removed by Johnson or his staff. More worryingly, some of these responses were prompted by Islamophobic updates written by Johnson himself. Perhaps the worst of these was a post about his family holiday to Uzbekistan in 2005.

In August 2005, Johnson went on a family holiday to Uzbekistan. The fact that it systematically uses torture to coerce confessions and persecutes Muslims for practicing their beliefs outside of state controls made it a bad enough choice – but the timing made it so much worse. Just three months before the trip, the Government of Uzbekistan carried out a massacre of hundreds of unarmed civilians in the city of Andijan. The killings followed unrest between the authorities and supporters of local businessmen who were put on trial accused of being “Islamic extremists”.

Thousands of peaceful protestors including women and children assembled in a central square to protest Government corruption and injustice. There were rumours that President Islam Karimov was on his way to Andijan to speak to them. He never appeared. Instead, he sent in troops which killed hundreds of the unarmed protestors, including those who tried to escape. According to witness accounts, the soldiers made their way through the bodies and shot those lying wounded on the ground. 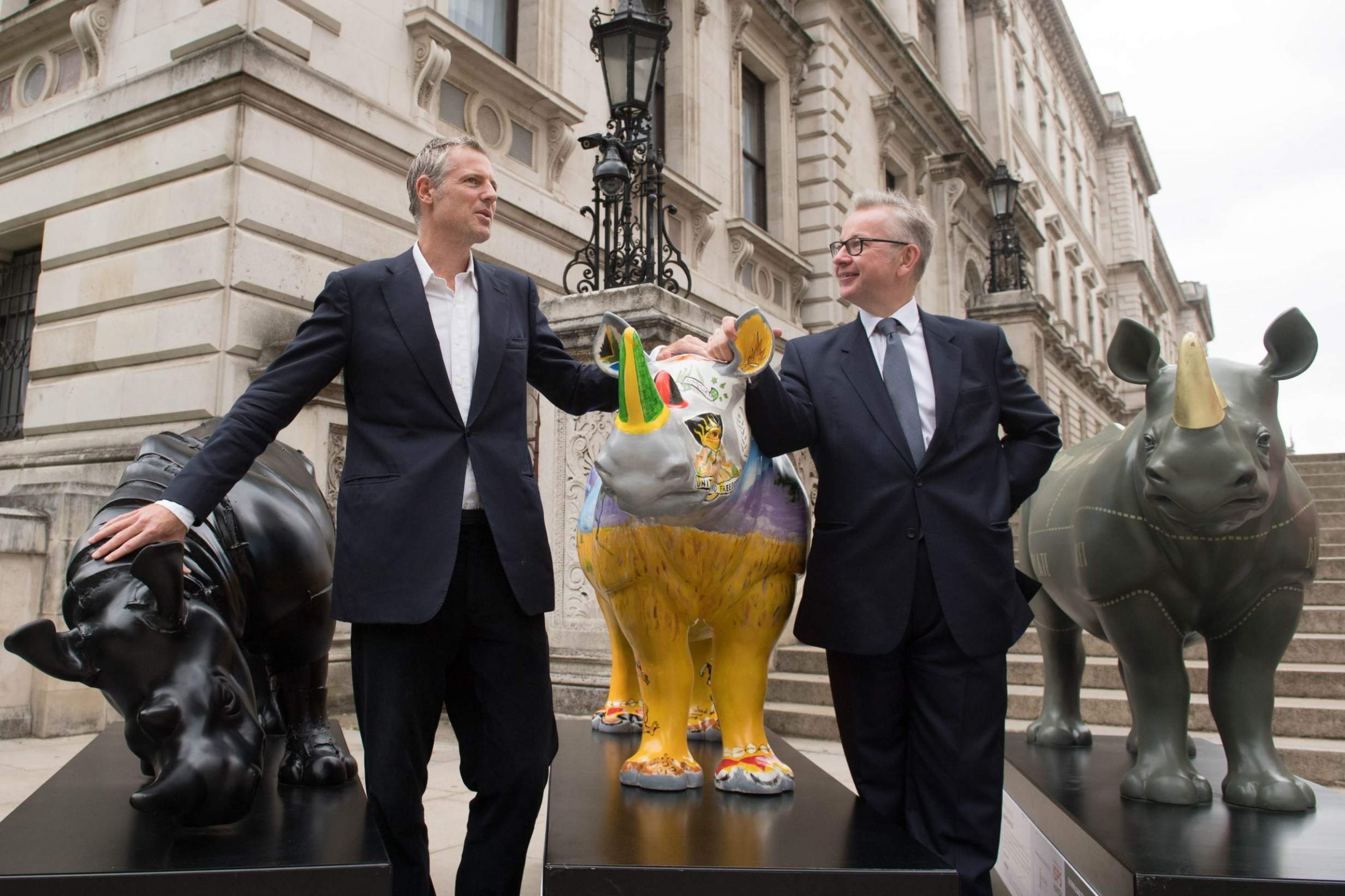 This makes it all the more remarkable that Johnson wrote that he was impressed by seeing Muslim architecture and places of worship without the actual Muslims: “The main items you are shown are the mosques and madrasas and whatnot… Domes of turquoise and eggshell, arches and colonnades, all arranged with effortless rhythm and elegance. There is nothing like it on earth. But, as you stare at them, you are struck by a kind of inertness. There is no cheesy smell from the carpets; no mosquito drone from the muezzin; in fact, there are no religious observances going on at all in these monuments.”

“Stalin’s archaeologists lovingly repaired the sites; Islam itself was stamped on in a way that was brutal, repressive and quite amazingly effective. The Koran was banned. The last veil was burned in the Soviet Socialist Republic of Uzbekistan in 1959. Polygamy was outlawed. Modern Uzbekistan is robustly secular, flowing in pissy Uzbek beer and blind-making Uzbek vodka, with bottle-blonde Uzbek girls tottering by in high heels. We looked at their tiny skirts, and it was amazing to think that Afghanistan was just a few miles down the road. It won’t last, of course. There are many wonderful things about Uzbekistan, but two drawbacks.”

In this statement, Johnson begins his point with a dispassionate description of something evil that happened – “Islam itself was stamped on in a way that was brutal, repressive and quite amazingly effective” – but then proceeds to list alcohol and “tiny skirts” as a positive by-product of this repression, and ends on the rueful note that “it won’t last, of course.” As for the two “drawbacks”, for Johnson these were Uzbekistan’s food and its human rights. But he argued the latter is particularly a problem – not because it clamps down on Muslims, but because it accelerates the regeneration of Islam in the country:

“The food is quite disgusting… The second problem is that it is a police state, with checkpoints everywhere and a grim human rights record. There is no secular opposition (the last time President Islom Karimov [sic] stood for election, he received the votes of 95 per cent of the electorate, including that of his chief opponent), and the result is that religion provides a focus for dissent. Slowly the mosques are opening, and the anti-religious thaw is accelerating since it began in 1993. Whatever happened this year in Andijan, when Karimov’s troops slaughtered between 80 and 300 people, Islamic revivalism was there in the mix.”

The slaughter at Andijan most likely killed significantly more than 300 civilians and to say that “Islamic revivalism was there in the mix” is to endorse a lie of the Karimov regime that the only people their troops killed were “Islamic extremists”. Johnson ended his reflections on the Uzbekistan holiday with the prediction that “a growing Islamist minority” would create conflict in the country, perhaps leading the Government to align with the Russians:

“I see trouble ahead. I see chronic friction between the secular russified majority and a growing Islamist minority. Perhaps that is one reason why Karimov is now kicking the Americans out of their base, and turning back to Moscow. Whatever you say about the Russians, they have no qualms when it comes to abusing human rights, if that means cracking down on Islam.”

The 2006 Racial and Religious Hatred Act

Johnson downplayed the significance of serious attacks on British Muslims in another blog post. He argued against a bill to introduce the 2006 Racial and Religious Hatred Act, which was successfully passed and makes it an offence to incite hatred against a person on the grounds of their religion. On 21 June 2005, Johnson gave his readers a preview of what he intended to say in his speech in Parliament later that day:

“Today I am sitting in my boiling and un-air-conditioned office getting psyched up for an afternoon in the House of Commons. We have before us an appalling bill, and because I have no confidence that I will catch the Speaker’s eye, I want to tell you NOW roughly what I am going to say – or what I would say, if given the chance to speak.”

This draft speech included criticism of the rationale behind the bill: “It is hard to know where to begin in my condemnation of the bill, but perhaps we might start with the motives behind it. We are told by the minister (Mr Goggins) that this is intended to combat the scourge of ‘Islamophobia’ and religiously inspired attacks on Muslims.” Johnson went on to say that 12 serious attacks on Muslims in Britain in the space of just four months did not indicate a climate of hostility against Muslims:

“The EU found that in the four months after 9/11 there were 12 serious attacks on British Muslims, and of course that is 12 too many. But in the words of the excellent British Asian journalist Kenan Malik, that does not speak of a climate of vicious Islamophobia… As the report’s author Chris Allen himself put it, ‘there were very few serious attacks, and Islamophobia manifested itself in quite basic and low level ways’.”

The quotation from Malik appears to have been taken from a Guardian article by him in January 2005, in which he wrote: “Islamophobia is a myth – at least in the way that most people conceive of it. There is clearly ignorance and fear of Islam in this country. Muslims do get harassed and attacked because of their faith. Yet I believe that the hatred and abuse of Muslims is being exaggerated to suit politicians’ needs and silence the critics of Islam.”

Further on in this post, Johnson quoted several passages from the Quran to demonstrate what he claims is hostility to other religions and claimed: “If this bill makes any sense at all, it must mean banning the reading – in public or private – of a great many passages of the Koran itself.” Johnson also used the outdated term ‘Moslem’. As the Washington Post notes, “for decades if not more, the British Empire used ‘Moslem’ to refer to inhabitants of its Mideast colonial conquests”.

“And if religion is a nebulous idea, then so is hatred Suppose I say that some interpretations of Islam have a barbaric penal code, and that the treatment of women in many Moslem states is shameful? Am I inciting hatred of that religion? Dislike? Extreme dislike? It will very much depend on the listener.”

Ironically, though most of the responses to his blog were racist and inflammatory, some of the comments suggested that Johnson should not single out Islam for criticism. For instance, Derek wrote: “For the sake of balance you should probably quote the passages from the Bible dealing with the treatment of unbelievers and adulterous women and so on. It’s equally repulsive.”

Chris C wrote: “Well said, Boris! It could have used some parts from the Bible as balance, but it is a very valid point.” In any case, Johnson delivered a speech that was only slightly tweaked in Parliament, criticising Islam only. On 25 June 2005 – four days after the post – the Spectator, at the time edited by Johnson, ran an editorial that was virtually identical to what he had written:

The editorial condensed some of Johnson’s points and went further in singling out Islam, describing the Quran as “particularly vicious in condemnation of other religions and their practitioners.” These statements add to a long list of Islamophobic remarks made by the Prime Minister. But it remains to be seen if the UK’s media can effectively hold him and the Government to account on Islamophobia and other forms of racism. 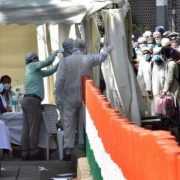 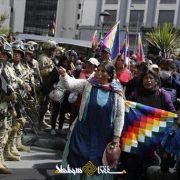 "Racism, discrimination and Islamophobia returns to Bolivia after government overthrow"/ Interview with a Bolivian Muslim and Human…

Dearborn Mosque Director: Trump’s Rise Like ‘Reality Show That We Are Living’