Raja bin Abi Al-Dhahhak has narrated that when Imam Ali ibn Musa Ar-Ridha (AR) was travelling to Khurasan, he (AS) continuously engaged himself in the recitation of the Holy Quran throughout the journey. Whenever the Imam (AS) came across verses, which talked about Paradise or Hell-fire, he (AS) paused and wept; and then either prayed to Allah (SWT) for attaining success in Paradise or sought God’s protection from Hell-fire. And whenever the Imam (AS) said his prayer, during day or night, he (AS) recited: Bismillahir Rahmanir Raheem loudly. (Uyoon Akhbaar Ar-Ridha (AS))

Diâbal Khuzaaee was a great poet of Ahlul-Bayt (AS) in the days of Imam Ar-Ridha (AS). It is reported that he visited the Imam (AS) with his brother Abul-Hassan and stayed near him for two years. Thereafter, as Diâbal was preparing to depart for Qum, Imam (AS) presented him with a shirt, some Radhawi dirhams and a silver ring that contained the stone of Aqeeq (agate). Imam (AS) said: O’ Diâbal! You are going to Qum and these dirhams will be of help to you. Take care of the shirt, which I have given to you because I have prayed 1000 units of prayers in 1000 nights wearing this (same) shirt and I have also completed recitation of the Holy Quran 1000 times in it. (Aamaali of Sheikh Al-Toosi)

Maâmar bin Jallaad has reported that whenever Imam Ar-Ridha (AS) sat to eat, a big plate was placed before him. He (AS) would look towards the best of the dishes and pick little from each and put in his plate. He (AS) would then instruct that the plate is taken and the food is distributed among the poor and needy. He (AS) would then recite: Yet he has not embarked upon the uphill task. (90:11) And say: Allah (SWT) is aware that not every person has the power of freeing a slave therefore God (SWT) has guided them to ways that lead to Paradise. (Biharal-Anwaar)

There is a very good but difficult act, which Allah (SWT) has considered it as a way of expressing God’s gratitude and that act is of freeing a slave. God (SWT) says: Yet he has not embarked upon the uphill task. And what will show you what is the uphill task? (It is) freeing of a slave, or feeding (the needy) on a day of starvation (90:11-14) It is for this reason that Imam (AS) mentioned about freeing of a slave, as a difficult act for some therefore such people should then resort to feeding the needy. 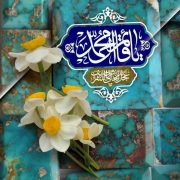 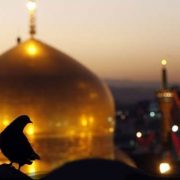 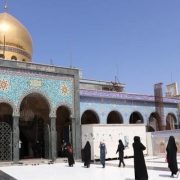 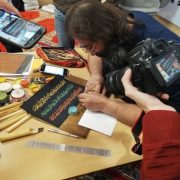 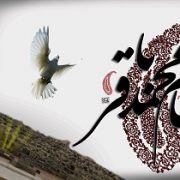 Imam Baqir (AS) And Fruits of Heaven
0 replies