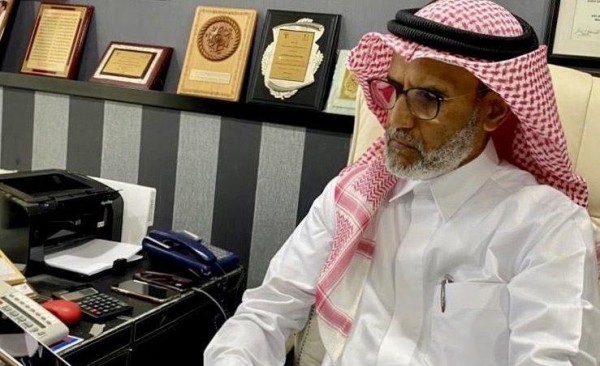 SHAFAQNA- Bahrain Mirror : Behind the arrest of former undersecretary in Prime Minister Khalifa bin Salman’s cabinet is a story to be told. The question is why he has been arrested now. Has the war to remove the prime minister from his chair, which has lasted more than 40 years, begun?

The scale of the charges against Al-Dosari, which were leaked into the public space by the Royal Court Minister Khalid bin Ahmed’s people, are considered serious if he is convicted and he will undoubtedly spend the rest of his life in prison.

Social media accounts have leaked that investigations with Ibrahim Al-Dosari have proven that the charge of collaborating with Qatar and opposition groups in running abusive electronic accounts, including “Na’eb Ta’eb” account”, who paid 100,000 dinars to finance Bahrain’s abusive electronic network, according to these accounts.

Meanwhile, other accounts said that Ibrahim Al-Dosari’s money and property had been seized, including the Al-Rim complex in Al-Rifaa.

The conflict has affected the role of Nasser bin Hamad, the king’s favorite son. Nasser has become the country’s national security adviser, is this the moment of revenge? Or was Al-Dosari really opening the lines to the Prime Minister from behind the scenes with the Qataris?

It all started with the creation of the “Na’eb Ta’eb” account that published secret conversations of the Council of Ministers Court Undersecretary Ibrahim Al-Dosari and figures such as then MP Anas Bu Hendi as well as director of media affairs in the PM’s court Mohammad Al-Mahmeed, in which they talked about scandals concerning MPs, including the then Speaker of Parliament Ahmed Al-Mulla and other conversations about Ahmed Atiyatallah and the Royal Court.

Although Al-Dosari deleted his account on social media, the publishing of these conversations was followed by a lawsuit raised by MP Khalid Al-Shaer and Jamal Bu Hassan against Anas Bu Hendi and Ibrahim Al-Dosari, along with the establishment of a parliamentary committee assigned to investigate Al-Dosari’s ownership of Al-Reem center.

It didn’t stop here, as they dismissed Bu Hendi from preaching at Al-Ghatam Mosque in Riffa. All of this happened while “Na’eb Ta’eb” continued to post dozens of tweets pointing accusations at Khalifa bin Salman and attacking the team working with him, from the most senior officials in the court to less influential figures like active Twitter user Abir Al-Jalal.

The PM broke his silence and publicly attacked the anti-cybercrimes directorate, accused it of spreading sedition and defended Ibrahim Al-Dosari, whom he had granted Al-Reem center land plot and said that the parliamentary investigation committee was illegally established.

Disputes became worse between the two courts. The PM refused to receive Speaker of Parliament Ahmed Al-Mulla, while Mohammad Khalid who is considered to be linked to the PM accused his sons of running the Na’eb Ta’eb account.

The disputes ended with the PM’s victory. The Minister of Interior interfered to stop the dispute on social media. The Ministry of Interior’s statement was followed with a statement announcing the arrest of a group accused of managing the “Na’eb Ta’eb” account (one of them is an employee at the cybercrime directorate). The names and photos of the arrested were published on the Interior Ministry’s website. The Ministry then arrested Mohammed Khalid’s son as he attempted to leave the country and accused him later of abusing social media outlets.

Khalifa bin Salman continued reaping his gains. Editor-in-chief of Al-Watan newspaper Yousif Al-Binkhalil was convicted of slandering Anas Bu Hendi, while the political isolation reached Khalid Al-Shaer who was prevented from running in the 2018.

The “Na’eb Ta’eb” account, which was being controlled by the PM’s court, after those accused of managing it were arrested, says that the royal court will appoint a press editor at four local newspapers (Al-Ayam, Al-Bilad, Akhbar Al-Khaleej and Al-Watan) to monitor news published about the PM. Meanwhile, work was being done in the next stage to marginalize Khalifa bin Salman.

The account claimed that Khalid bin Ahmed and his brother Marshal Khalifa bin Ahmed were working with their team to showcase Nasser bin Hamad (king’s son) so that he would later become the replacement of Khalifa bin Salman as Premier.

In order to stop this public war in the media, they shifted the course of this conflict which was now handled by foreign parties. It seemed clear that this shift came for the purpose of protecting the involved parties and covering up for those managing them.

On May 20, the Director-General of Anti-corruption and Economic and Electronic Security claimed that the “offensive” accounts are being run by foreign sources from Iran, Qatar, Iraq and European countries, in addition to fugitives who were convicted in absentia. It accused human rights activists Yousif Al-Muhafda and Hassan Al-Sitri of forming an e-network of accounts that manage a number of accounts on social media outlets including Na’eb Ta’eb, Al-Khawalid, Khalid MOA and others.

A few days later, the Ministry said via a tweet (both in Arabic and English) on its official Twitter account: “Those who follow inciting accounts that promote sedition and circulate their posts will be held legally accountable,” adding that “countering inciting social media accounts that promote sedition is a national duty and part of the community partnership to protect the security and safety of the nation.”

The media rivalry between the two parties has been closed, a year of intermittent calmness with some passing tweets. The name of Ibrahim Al-Dosari, who became a former undersecretary, has now emerged as a detainee accused of collaborating and conspiring against the country.

Bahrain is quietly heading towards a ‘total suppression of human rights’ 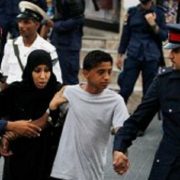 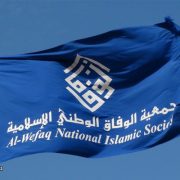 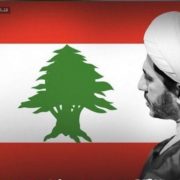