SHAFAQNA- New data shows Britain’s Royal Air Force trained Saudi personnel in 2019 on fighter jets used to bomb civilians in Yemen – a country on the brink of famine – while UK soldiers coached other forces in the Saudi-led coalition at nearly a dozen army bases in Britain.

Hundreds of Saudi military personnel received training at Royal Air Force (RAF) bases in the UK in 2019 – the same year a court banned new exports of British-made weapons to Saudi Arabia over human rights concerns in the Yemen war. Data obtained by Declassified UK from the Ministry of Defence (MOD) shows that 310 Saudis trained at six RAF sites in England and Wales last year. Some training for Saudi pilots is still under way, with courses lasting up to four years. The data shows that 90 Saudis received “Typhoon training” at RAF Coningsby air base in Lincolnshire, eastern England, during 2019. The MOD refused to clarify how many of the 90 were pilots or ground crew.

Saudi Arabia’s fleet of 72 Typhoon fighter jets – made by British arms giant BAE Systems in a deal worth £20-billion – have played the central role in aerial bombardments in Yemen which have involved repeated attacks on food supplies. Yemen endured more than a thousand airstrikes by the Saudi-led coalition, directed against the country’s Houthi movement last year, resulting in 785 civilian casualties, including 77 child fatalities, according to the Yemen Data Project.

The UN’s World Food Programme says 20 million people in Yemen are at risk of starvation, and 360,000 children under the age of five are suffering from “severe acute malnutrition”. Declassified can also reveal that 180 Saudi personnel were trained at RAF Cosford’s Defence College of Technical Training in Shropshire, western England, last year. The MOD refused to specify which courses the Saudis received at Cosford, but it is known that they have previously attended aerosystems engineering courses for the Tornado fighter jet, which Saudi pilots also use to bomb Yemen.

Courses for Saudi students at Cosford have continued despite two Saudi cadets being arrested in 2016 over an alleged rape near the base. In July 2019, Wing Commander Jim Thorley stood down as head of Technical Training at Cosford in order to “take up a post in Riyadh, Saudi Arabia”, according to a post by the RAF on Facebook. 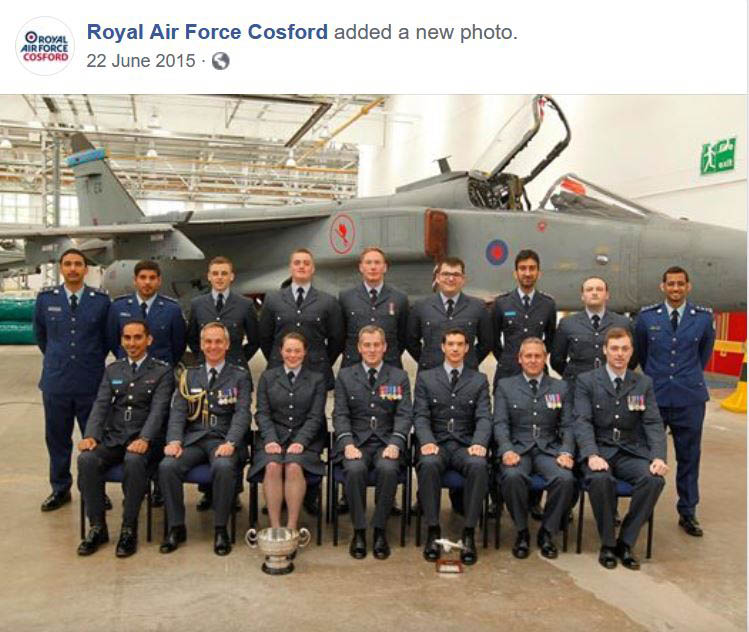 Declassified has also found that 10 junior Saudi pilots were put through “elementary flying training” at RAF Cranwell and RAF Barkston Heath in Lincolnshire and RAF Wittering in Cambridgeshire, north of London, during 2019.

Meanwhile, another 30 Saudi pilots learned how to fly fast jets at RAF Valley in Anglesey, North Wales, last year. BAE Hawk aircraft of the type used by both the UK and Saudi militaries are used for training purposes at Valley, where BAE employs 78 people – a sign of the close relationship between the arms company and the militaries it supplies.

Campaign Against Arms Trade (CAAT) spokesman Andrew Smith said the findings exposed “the extent of the collusion” between London and Riyadh.

“The war in Yemen has created the worst humanitarian crisis in the world,” Smith commented. “The UK government has been utterly complicit in fuelling the crisis. UK-made fighter jets have been crucial to the bombardment, and it would seem many of the personnel flying them were trained by UK forces.”

“This training is symptomatic of the cozy and immoral political and military relationship between the UK government and the Saudi regime. We are always told that the UK promotes human rights around the world, but it is arming, supporting and collaborating with one of the most authoritarian dictatorships in the world.”

Civilian airfields in Britain are also being used by Saudi pilots to “practice visual approaches and departures”, the MOD previously confirmed, including at several sites near to RAF Valley such as Ronaldsway Airport on the Isle of Man. 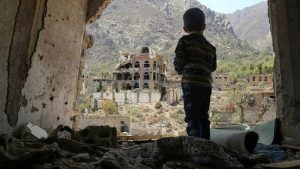 Although the MOD has told the UK parliament there is “negligible potential security risk to North Wales associated with training Saudi pilots at RAF Valley”, the US had to suspend a similar training scheme last December after a Saudi air force officer shot 11 people in Florida. The FBI found the pilot was part of Al Qaeda, raising concerns about vetting.

Out of 21 countries that the RAF trained in Britain last year, the majority of the up to 600 foreign students were from militaries in repressive regimes that are major customers of British arms. Several of them support Saudi Arabia in the war in Yemen, such as Jordan and Kuwait.

Following a London court judgment in June 2019, the UK government assured parliament it would “not grant any new licences for exports to Saudi Arabia and its coalition partners that might be used in the conflict in Yemen”.

However, last September, trade secretary Liz Truss had to apologise to parliament for licensing the export of fuel gauges to Jordan for its F-16 military aircraft, which was in breach of the court ruling. None of the government officials involved in approving the licence had initially realised the Jordanian air force was part of the coalition.

Click here to read Freedom of Information Response From RAF.

‘Keep us popular within the press’

Declassified has also found that 11 British army bases in England and Wales were used last year to train members of the Saudi-led coalition whose ground troops have fought against the Houthis.

Places were awarded to junior officers at the Royal Military Academy Sandhurst and to higher-ranking officers at the Advanced Command & Staff College in Shrivenham, in southern England, where courses can last for up to 12 months.

Shorter and more bespoke training courses were also provided at lower-profile army bases. Saudi forces were trained in “logistics support in the operational battlespace” by British soldiers at Deepcut in Surrey, west of London.

Other Saudi troops attended a “tactical targeting” course at the Royal School of Artillery in Larkhill, in the southern county of Wiltshire, where they were taught how to use Twitter and Facebook for “gaining information” about targeting.

The 10-day course also included sessions on “understanding humanitarian law… to keep us popular within the press and not allowing countries/media to exploit potential wrongdoing”, according to a sales brochure the British army published to advertise the course.

In September 2019, Truss had to apologise to parliament for accidentally allowing the export of 180 radio spares worth £261,450 to the Saudi army’s signal corps, in breach of the court ruling. Truss said her trade officials had not initially realised Saudi troops were deployed in Yemen.

“We have an ongoing and wide-ranging defence engagement relationship with Saudi Arabia, which has included the provision of training courses and advice and guidance in the UK and Saudi Arabia. The training provided also covers international humanitarian law.”

The information acquired by Declassified provides some details of UK military training of other close allies in the Gulf last year.

The Infantry Battle School in Brecon, mid-Wales, hosted Kuwaiti troops on a rifle platoon commander course including five weeks of “live fire tactical training” and instruction on “command in major combat operations”. Training in armoured vehicle fighting and battlefield engineering was also delivered to Kuwaitis at four other army bases in England.

British artillery experts at Larkhill laid on an eight-week “air defence” course for young officers from Kuwait. Reuters reported that Kuwait sent an artillery battalion to Saudi Arabia in 2015 to help defend its ally from the Houthis, who often fire rockets over the border. Kuwait’s defence ministry denied reports that one of its soldiers was killed in Yemen in 2016.

Bahraini troops attended a sniper course in Warminster, near the Salisbury Plain, last year. The four-week course teaches how to “command a sniper platoon on operations” and to “improve their marksmanship skills” with the L115A3 sniper rifle.

There have been concerns about British training of Bahrain in sniper tactics since the country was accused of using snipers to shoot protesters during the Arab Spring pro-democracy protests in 2011. Bahraini troops are currently fighting on the ground in Yemen, where one of its soldiers died on 26 June.

Bahrain’s most prominent human rights activist, Nabeel Rajab, spent three years in prison for criticising his country’s participation in the Yemen war. Rajab was only released from prison on 9 June 2020. Commenting on the sniper training, the Bahrain Institute for Rights & Democracy (BIRD) told Declassified: “The British government is further empowering Bahrain’s abusive dictators.”

The British army also gave Bahrain multiple courses on how to counter improvised explosive devices (IEDs). Last September, Truss had to apologise to parliament for accidentally approving the export of electronic countermeasures for IEDs to the Saudi army for possible use in Yemen. Truss claimed that UK officials, including some at GCHQ, the UK’s largest intelligence agency, had not initially realised the licence would breach the court ruling. 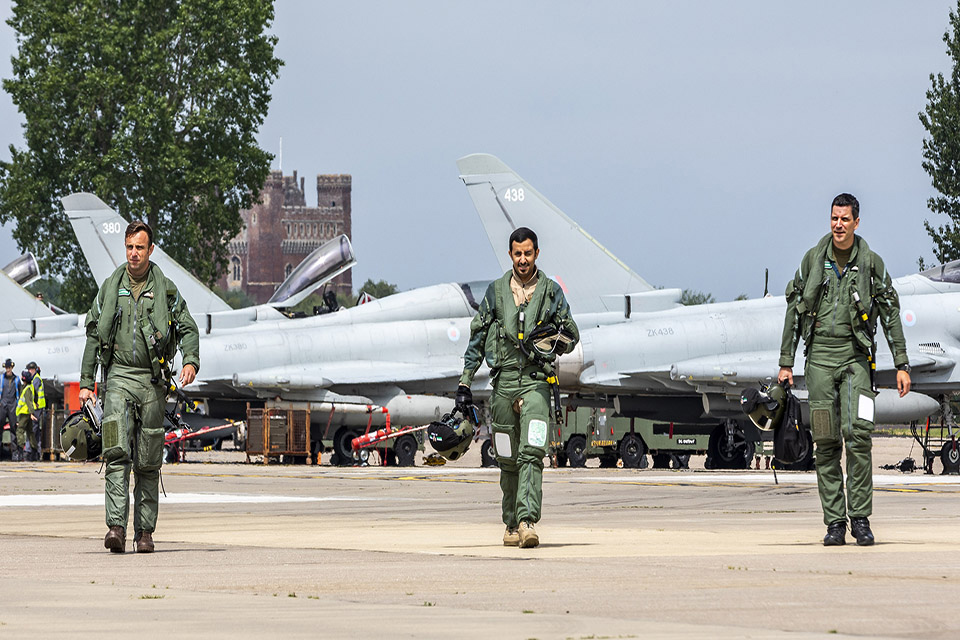 Declassified has also found that the UK gave extensive military training to Qatar, which was initially part of the Saudi-led coalition against the Houthis.

However, a rift developed between Riyadh and Doha in 2017 that resulted in a dangerous stand-off between the two royal families, with an ongoing political and economic blockade of Qatar.

The British government has responded by arming and training both sides in the dispute. Qatar signed a £5-billion deal with the UK in 2018 to purchase 24 Typhoons and 9 Hawks from BAE Systems.

A hundred Qataris were trained at RAF Cosford last year, where 65 of them undertook an English language course while a small number were schooled in fighter-jet flying at RAF Valley and Coningsby – the same bases where Saudi aviators have trained.

In June 2020, a joint UK-Qatari Typhoon squadron was established at Coningsby, an unprecedented move which is part of the multi-billion pound deal. No other foreign country has a joint squadron with the RAF based in Britain.

Launching the new squadron, British Defence Secretary Ben Wallace said: “Together we are protecting populations and securing our mutual interests across the Middle East.”

Like Saudi Arabia, Qatar is an absolute monarchy that has been criticised for its lack of democracy and poor human rights record, such as its use of the death penalty to punish sex outside marriage.

Syria Paying Price for Not Bowing to US, Saudi and Allies 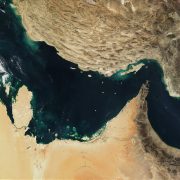