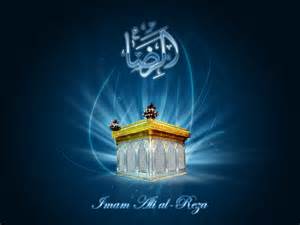 SHAFAQNA – We can see that in the period which Imam Ridha (AS) accepted the princehood, had nothing to do with Mamoon’s system; rather the situation worked in Imam’s (AS) favour somehow. The divisions became clearer, in addition Imam (AS) proved his scientific status officially in a way that may never had been possible. Among Imams (AS), the scientific status of Imam Ridha (AS), Imam Ali (AS) and in other ways Imam Sadeq (AS), have been proved in ways which have not been possible for other Imams (AS) (as they never found the opportunity or been able to do so).

Imam Ali (AS) did it because of four to five years of Caliphate with his sermons and debates, Imam Sadeq (AS) because of the respite due to conflict between Abbasid and Umayyad during which Imam (AS) formed a Howzah of four thousand students, and Imam Ridha (AS) during his princehood and Mamoon’s attention to scientific issues. Mamoon used to organize strange gatherings of materialists, Christians, Jews, Majoos, Sabians, and religious scholars of all religions, and he used to invite Imam Ridha (AS) to talk to all of them. In reality Imam Ridha (AS) in those scientific gatherings which have been mentioned in Ihtiaj books, proved his scientific status as well as served the purpose of Islam. In fact Imam Ridha (AS) somehow used his princehood unofficially for these purposes [1].