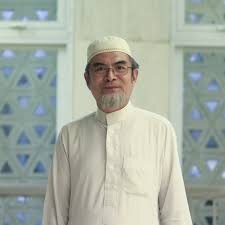 Tucked away in a quiet backstreet on Hong Kong Island, the Masjid Ammar and Osman Ramju Sadick Islamic Centre is a world apart from the strip of bars not far away in Wan Chai district. On one side is a tall white tower with a pastel green spire, reminiscent of a minaret. At the entrance an attendant checks the temperature of everyone walking in, because of the coronavirus pandemic. In the foyer, imam Yang Xing Ben greets worshipers – mostly men and teenagers – in Arabic as they enter before 5pm prayers.

Visitors can’t help but admire the large and elaborate mosaic on the wall depicting Saudi Arabia’s Great Mosque of Mecca. In the middle of the Great Mosque’s courtyard is the Black Stone set in the Kaaba, the building that is circled anticlockwise seven times by pilgrims during the annual haj. Yang, 56, has made the sacred pilgrimage to Mecca three times. “It’s a very important thing to do as a Muslim,” he says. “You get very emotional when you see these [religious] sites with your own eyes. It’s very special to be there because it’s not easy … you need to be healthy, have the financial resources to travel there, and the time. You also hope to have a safe journey there and back.”

Yang is one of only two Chinese-speaking imams, or Islamic leaders, in Hong Kong, and recently published a book, Understanding Islam. It is both a Chinese-language primer on the faith, explaining its customs and practices, and a history of Muslims in the city dating back to the mid-19th century. Muslims have lived in Hong Kong since the beginning of the British colonial era in 1841 when they arrived from India; most were troops, but there was a handful of traders.

Today about 12,000 Muslim families call the city home, some of them descended from those early Indian settlers, who were based in “Moro Kai”, or “Street of the Moors”–nowadays called Lower Lascar Row–in the Sheung Wan neighborhood of Hong Kong Island. The growing Muslim community built the Jamia Masjid, which opened in 1850 at 30 Shelley Street, Central. This mosque was demolished to make way for a bigger one that opened in 1915. Still standing, today it is overshadowed by the towering residential high-rises of in the upscale Mid-Levels neighborhood.

After Bastille Day Attack, Young Muslims and Arabs Fear for Their Future in France

Christian refugees are harassed by radicalized Muslims in Germany 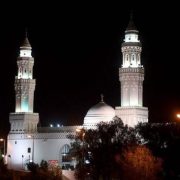 Bullying against Muslims reaches an all-time high at schools