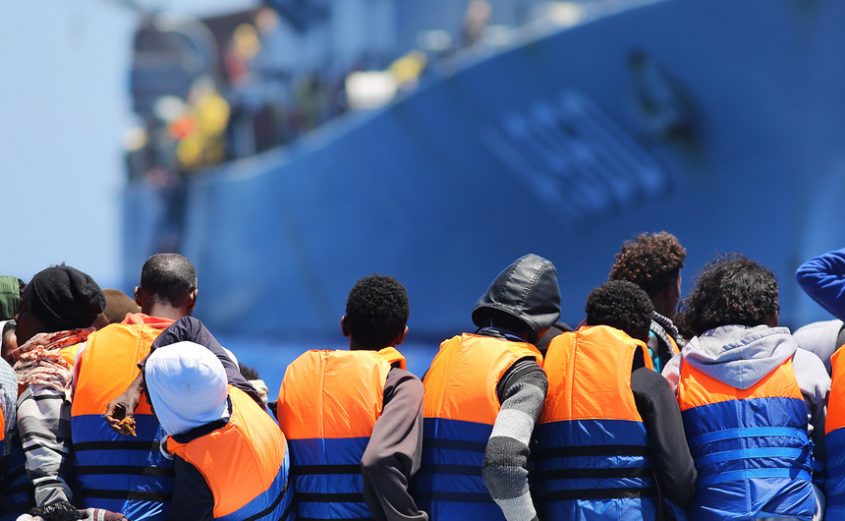 SHAFAQNA- Thousands of refugees and migrants in eastern and western Africa, are dying while others face harrowing abuse in their attempts to reach the continent’s Mediterranean coast in search of a better life.

A new report released by UNHCR, the UN Refugee Agency, and the Mixed Migration Centre (MMC) at the Danish Refugee Council, titled ‘On this journey, no one cares if you live or die’, details how most people taking these routes suffer or witness unspeakable brutality and inhumanity at the hands of smugglers, traffickers, militias and in some cases even State officials. “For too long, the harrowing abuses experienced by refugees and migrants along these overland routes have remained largely invisible,” said Filippo Grandi, UN High Commissioner for Refugees, unhcr.org reported

The report disclosed that killings and widespread violence of the most brutal nature, perpetrated against desperate people fleeing war, violence and persecution. Grandi declared that Strong leadership and concerted action are needed by States in the region, with support from the international community, to end these cruelties, protect the victims and prosecute the criminals responsible.

The report’s findings, suggest that a minimum of 1,750 people died on these journeys in 2018 and 2019. This represents a rate of least 72 deaths per month, making it one of the most deadly routes for refugees and migrants in the world. These deaths are in addition to the thousands who have died or gone missing in recent years attempting desperate journeys across the Mediterranean Sea to Europe after reaching north African shores.

According to new UNHCR report, around 28 percent of deaths reported in 2018 and 2019 happened as people attempted to cross the Sahara Desert. Other hotspots for fatalities included Sabha, Kufra, and Qatrun in southern Libya, the smuggling hub of Bani Walid south-east of Tripoli and several places along the West African section of the route including Bamako and Agadez.

While most reports and data are still coming in for 2020, at least 70 refugees and migrants are known to have died in 2020 already, including at least 30 people were killed at the hands of traffickers in Mizdah in late May. In a nutshell, it can be said that, the men, women and children who survive are often left with lasting and severe mental health issues as a result of the traumas they faced. Moreover, women and girls, but also men and boys, are at high risk of rape and sexual and gender-based violence, particularly at checkpoints and border areas, and during desert crossings.

Another important point worth to be mentioned is the fact that smugglers were the primary perpetrators of sexual violence in North and East Africa, accounting for 60 per cent and 90 per cent of the reports from the respective routes. However, in West Africa, the primary perpetrators were security forces/military/police officials, accounting for a quarter of reported abuses.

Hungary’s Muslims and Jews see no problem taking in refugees

The End of Schengen?