SHAFAQNA- The Turkish Red Crescent on Saturday distributed meat of sacrificed animals to hundreds of refugee in Kirkuk, north of Iraq’s capital Baghdad.

The meat had been distributed at the Yahyava refugee camp to some 550 refugee families who left their homes due to attacks by Daesh/ISIS terror group, Ahmet Dagli, a member of the Turkish Red Crescent’s Iraqi delegation, told Anadolu Agency.

The humanitarian agency also distributed meat to families in need living in the city center of Kirkuk. On Eid Al-Adha, one of the two main yearly Muslim holidays, people who can afford to slaughter an animal do so and distribute most of the meat to the needy, neighbors and relatives. 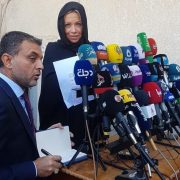 Silence over Daesh genocidal campaign against Shia Muslims in Iraq 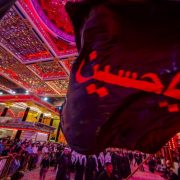 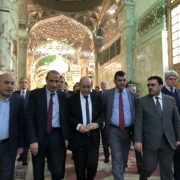 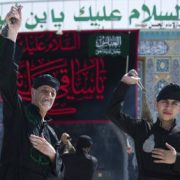 Starting the condolences' processions on the first day of Muharram