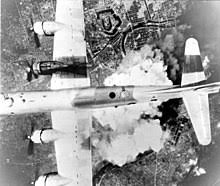 SHAFAQNA – In an article entitled: “A new nuclear race is underway, 75 years after the U.S. dropped the bomb”

Three-quarters of a century ago, the United States unleashed hell. The atomic bombs dropped on the Japanese cities of Hiroshima and Nagasaki prefigured the end of World War II and the start of an uncertain and, in many ways, terrifying new age. The U.S.-Soviet nuclear rivalry settled over most of the remainder of the 20th century, with calculations of mutual assured destruction ensuring the frigidity of the Cold War. Hiroshima and Nagasaki remain the only two places attacked in war with nuclear weapons, though the world’s atomic arsenals now contain weapons exponentially more deadly than what was used then.

We still don’t have an exact number for those killed in the two Japanese cities — estimates range from 110,000 to 210,000 people. The radiation fallout sickened and probably curtailed the lives of countless others. Every year, the residents of Hiroshima and Nagasaki stand vigil in memory of those who died and the horror of what ravaged their cities. They also keep issuing urgent appeals to a world that is slowly forgetting what it means to live under the permanent shadow of an atomic holocaust.