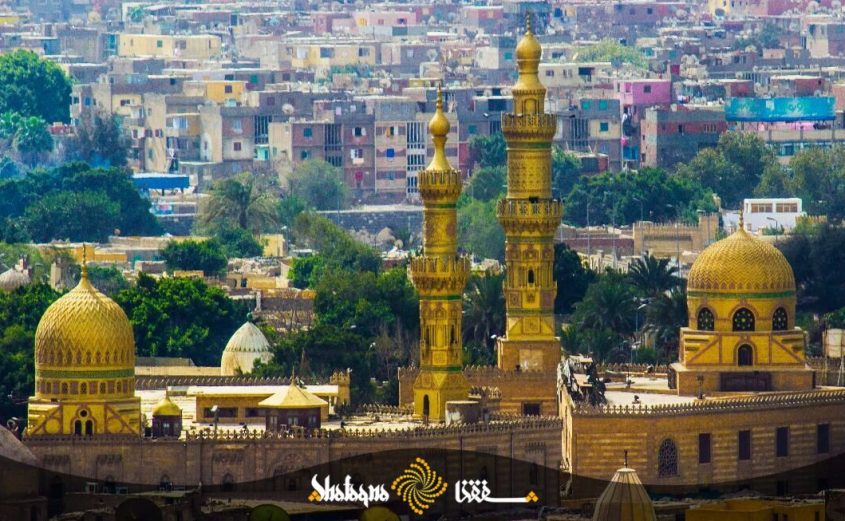 SHAFAQNA | by Ahmad Abdal-Aziz: The capital of Egypt is full of the shrines of the Ahlal-Bayt (A.S), which the Egyptians visit and consider as their refuge and destination.

After the arrival of Hazrat Zaynab (SA) to Egypt, the Egyptians accepted the lineage of the Ahlal-Bayt (A.S), their souls joined them and they fell in love with the Ahlal-Bayt (A.S) while they were alive. The Egyptians took on the responsibility of guarding and keeping their manners and their way of life alive, and after their death, the Egyptians represent the light of their enlightenment and their blessings. In addition, one can see many Egyptians naming their children and grandchildren after Zaynab, Ali, Hassan, Hussain, Ruqayyah, Nafisa and Sakineh.

If you walk around the neighborhoods of Cairo, you will inevitably see a dome, a minaret or Quranic verses that are mapped on the walls of mosques and street signs. The capital of Egypt is full of the shrines of the Ahlal-Bayt (A.S), which the Egyptians visit and consider as their refuge and destination.

Yearly, especially during the holy Month of Ramadhan, the number of people visiting the shrines of the Ahlal-Bayt (A.S) and their officials to gain spirituality intensifies; For example, we can mention the mosque of Hazrat Zaynab (S.A) which is located in the neighborhood of “Al-Seyyeda Zainab” in Cairo. This neighborhood takes its name from the owner of the mausoleum in the mosque of the neighborhood and is one of the most famous popular and crowded neighborhoods of Cairo and it is known that this mosque is located above the domicile of Hazrat Zaynab (S.A), daughter of Ali Ibn Abi Talib (A.S) and sister of Imam Hassan (A.S) and Imam Hussain (A.S).

But the pearl of these tombs and shrines to the Egyptians is Maqam Ra’s Al-Hussain bin Ali bin Abi Talib (A.S) located in the mosque of the same name in Al-Hussain neighborhood in the old part of Cairo. This Mosque was built in 549 AH during the Fatimid era and under the supervision of Saleh, the famous Fatimid minister. This Mosque has 3 doors made of white marble and overlooks “Khan Al-Khalili” and another door is located next to the dome of the mosque which is known as “Babal-Akhdar”.

Sayyida Nafiseh Mosque, which is located in an area of ​​the same name in Cairo at the beginning of the road called “A’lal-Bayt”, is the second station on this road after Imam Ali Zayn Al-Abidin shrine, the mausoleum of the head of Zayd bin Ali. This Mosque is located in a neighborhood that used to be called “Darb al-Saba'” and now it is called “Al-Mashhad Al-Nafisi”.

The A’lal-Bayt Road is a long road at the beginning of which there is the shrine of Zayn Al-Abidin and along which the shrines of Sayyida Nafisa, Sayyida Sakina bint Al-Hussain, Sayyida Ruqayyah bint Ali ibn Abi Talib, Muhammad ibn Ja’far al-Sadiq and Sayyida Ataka, the aunt of the holy Prophet (PBUH), are located. Al-Mashhad Al-Nafisi was rebuilt during the Ottoman era and Amir Abdul Rahman Kadkhoda.

The Egyptians hold various ceremonies and celebrations in the areas where the shrines of the Ahlal-Bayt are located. These ceremonies have a genuine Egyptian aura and attract many residents of different parts of Egypt, as well as foreign and Arab tourists.

Pilgrims and visitors say that the shrines of the Ahlal-Bayt (A.S) hold spiritual auras that no pilgrim can feel except those to whom God Almighty has assigned that spirituality. They emphasize that the Ahl l-Bayt (A.S) of the holy Prophet (PBUH) hold a high position for him, so Hazrat Zaynab (SA), Seyyeda Nafiseh (SA), Imam Hussain (AS) and Ali Zaynal-Abidin (AS) have a valuable position in the hearts of Egyptians. 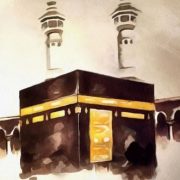 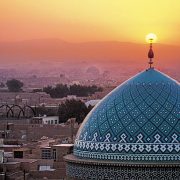 Does Islam regard unfavourable attempts by individuals or society to gain wealth? 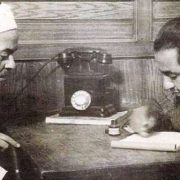 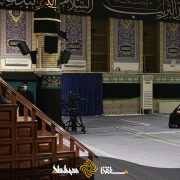 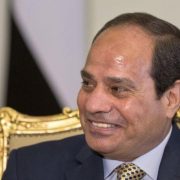