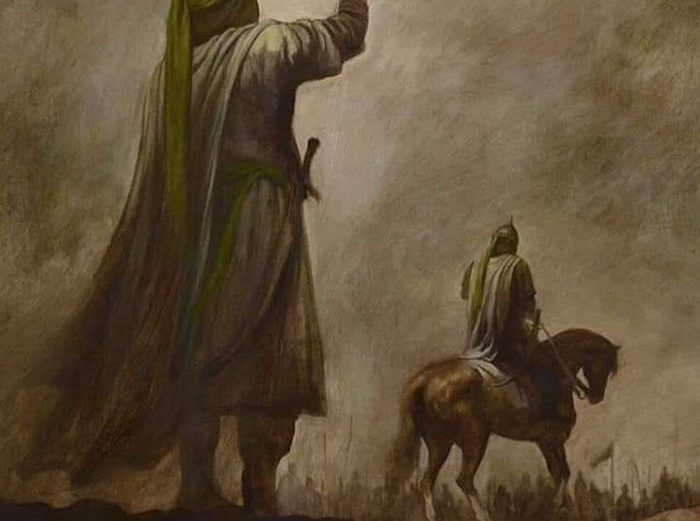 SHAFAQNA- He was born on the 11th of Sha’ban, in the year of 33 A.H. From the point of view of dignity and handsomeness, there has been no parallel to Ali Akbar (AS). Ali Akbar ibn Hussain (AS) had a loud beautiful voice. It was he who always recited Adhan. On the morning of the Day of Ashura, Ali Akbar (AS) recited the Adhan. Everyone knew that it was the last time they would hear his Adhan. Imam Hussain (AS) began to weep when Ali Akbar (AS) began his Adhan. The ladies could also be heard crying in their tents.

Imam (AS), when his son requested to go to battle, permitted him. He lowered his head, while tears encircled his eyes, he raised his forefinger towards the Heavens and said,

“Oh Allah (SWT)! You be the witness that I have dispatched this young man to the battlefield to wage war on the enemy – who from the view of handsomeness, perfection, and character was most similar to Your Prophet (saw). And whenever I used to be eager to see the Holy Prophet (PBUH)) I looked upon his face. Oh Allah! Deprive them from the blessings of earth, make their population scattered, inducing discard among them! Because they have invited me with the promise of uprising in my support, instead they arose against me and are least reluctant from spilling my blood.”

The Imam (AS) then looked toward Omar b. Sa’d and called out,

“May Allah (SWT) deprive you from God’s Mercy, make your affairs inauspicious, and impose upon you some one, who after me, will cut off your head from your body in your bed. And may Allah (SWT) cut off you bonds of relationship as you have overlooked my relationship with the Holy Prophet (PBUH).”

This is when Ali Akbar (AS) roared like a lion, attacking the enemy as he recited the famous verses,

By Allah (SWT)! We are closer to the Holy Prophet (PBUH),

I will attack you with my spear until it is bent,

I will defend my father with my sharp sword,

As it is expected of a Hashimite-Alawite youth,

How Ibn Ziyad dares issue orders about us.”

Ali Akbar (AS), despite the thirst of 3 days with no water, was untouched by the enemy. He returned to his father and asked,

“Oh my father! This thirst is killing me as well as this armament is hurting me, is there a cup of water which would renovate my strength to combat the enemies?”

Imam Hussain (AS) cried, for Ali was his great sacrifice,

“Oh my son… Continue to battle, it will not be long before you grandfather (PBUH) brings you a cup of water after which you will never feel thirsty again.”

As Ali Akbar returned to the battlefield he recited the following,

“Truly, the war manifest the inner essence of a valiant,

The truthfulness of claims is proved at the end of war.

By Allah! I am not going to be separated from you,

Until forcing your swords to be retired in their sheaths.”

There are two accounts of what tragedy comes next. A tragedy so great it has caused the skies to weep for Hussain (AS). One is as follows:

Murra b. Minqadh Adbi, may the curse we send down on him stick like a leech until the end of time, was tired of seeing the heroic fighting of Ali Akbar (as). The cursed one utters the following,

“The sins of all the Arabs upon my neck, that if this youth comes near me, and I don’t inflict the sorrow of separation upon his father’s heart!”

As Ali Akbar (AS) approaches the cursed enemy, and as he is in the midst of battling the other enemies, he is struck by the la’na. A spear pierces his blessed chest, and as he falls to the ground it breaks, leaving only the metal head in his chest. He calls out his Salaams to his father.

Let us remember the battle of Khaybar, for perhaps we may grasp even a glimpse of the tragedy that befell the Prophet’s (PBUH) family.

Three days passed and the Muslims could not find any solution. Even if they were able to across over, they would face the famous gates of the fortress. These were made of steel, and it is said that at least twenty men were needed to push open or close each gate.

On the third day, after the morning prayers, the Prophet (PBUH) summoned Imam Ali (AS). Imam Ali (AS) immediately responded. He jumped his horse over the moat and with one hand swung open both the gates of the fortress with such force that they broke off their hinges, and he carried them to where he lay them across the moat to form a bridge. The Muslims rode into the fortress and conquered Khaybar, on account of Ali’s (AS) incomparable strength.

The face of the Imam became pale at the sound of Ali Akbar’s (AS) voice calling out,

“Oh my father! My Salaams to you!”

Hussain (AS) tore through the battlefield in search of his son, leaving the enemy to scatter as they rushed to escape from him. As he came to his beloved son, he embraced him where he lay on the ground. Ali Akbar (AS) hugs his father with one hand, leaving the other against his chest. Imam Hussain (AS) asked,

“My son, why do you embrace me with only one hand?”

“Oh my father! I too have met my Khaybar…”

How this one line breaks the heart… The grief stricken father removes the spear from his sons chest, and he takes his last breath. Hussain (AS) holds the lifeless body of his beloved son Ali Akbar in his lap, and as he looks towards the Furaat he weeps,

After the tragedy of Ali Akbar, it is said that if Seyyeda Zainab (SA) had not been by her brother’s side, he would not have survived the sight of his son in the state he found him.

“Is there not a helper to help us?”

Hussain’s (AS) call for justice, as he knew for his own time he would receive no answer, is a call for justice in every time and place. For every man and woman. Hussain’s sacrifice is universal and timeless, and for every hardship he has endured, we own him our souls. For if it were not for his sacrifice shaking this Ummah, it would have died long ago. Hussain’s (AS) sacrifice has breathed life into the religion of Islam with such soul that it continues to grow until this very day, and it will continue to do so on account of Hussain’s (AS) bravery and patience. So as long as day follows night. 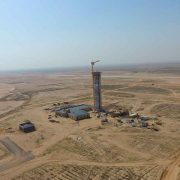 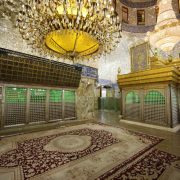 Places of pilgrimage in Karbala: Tomb of the martyrs 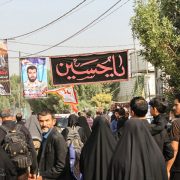 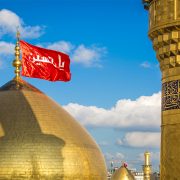 Prophecy of the Martyrdom of Imam Husayn(a.s) In the Musnad of Ibn Hanbal