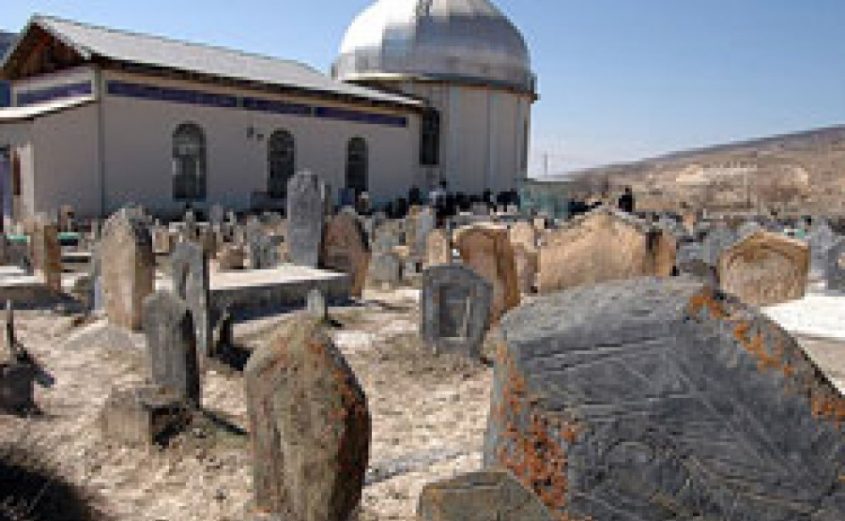 One day, Jibreel (AS) came to the Holy Prophet (PBUH) and asked: Would you like to observe the condition of people on the Day of Gathering? The Hazrat replied: Yes. Jibreel (AS), the honest angel, took the Holy Prophet (PBUH) to the Baqi graveyard (Medina). He kicked a grave and said: ‘Getup at the Order of your Lord. The grave split at once and a man with radiant face raised his head from the grave saying: AL Hamd…Wa’Dah (39:74).
Thereafter, he kicked in another grave and said: Rise up at the command of your Lord. At once, another man with a very ugly and frightened face came out of this grave and said: Ma Hasrata, (Alas). Jibreel (AS) said: The faithful and the deniers (kafirs) will rise up from their graves.

It is mentioned in narrations that the faithful (Momineen) will wish in their graves that God may establish Qiyamat soon as they had already tasted some specimen of the bounties of paradise and hence they desire it early. On the other hand, the deniers and offenders will say: O God! Let us remain here only, because they have seen a little specimen of the chastisement of hell here.

All Secrets Will Become Known

Another thing which will happen on the Day of Qiyamat will be that all those things which were kept hidden hearts will become open and manifest. In this world there are veils on every one’s beliefs and deeds. But in Qiyamat both the inner and outer state will become same, fully apparent.

So, O’ people who are very mindful of your positions! Have you though also about protecting yourselves from shame on that Day? On that Day those who hearts are clean and bright like angels will have similarly shining faces. Those who hearts are full of passions and lust will, on that Day, have faces like those of monkeys and dogs.

Have you done any thing for the stages to come after death so that you may not have to be ashamed in front of all the earliers and latters? Do you know how difficult problems you will have to confront, like being bare bodied in the Great Gathering? Have you done anything to save your honor on that Day?

Translation: The dress of God fearingness is the best of all dresses.

On the Day of Judgement, when all will come out of their graves everyone will be bare bodied, except some people who have been promised that they will not be without clothes on that Day. They are those who feared God in the world. The one who will leave this world as a God fearing person will appear in the Grand Gathering of Mahshar adorned in the Divine clothing of Taqwaa. Likewise, also those faithful people who died without repentance (Tawbah) but who became purified by suffering hardships in graves. Of course, God forbid, if anyone enters Mahshar without becoming purified, he will aspire to go to hell at the earliest so that his shamefulness in front of the greatest gathering may end.

Hazrat Adam (AS) Covered His Body With Leaves Of Trees

The father of mankind, Hazrat Adam (AS) erred by discarding a desired thing (Tark-e-Oolaa) and he was driven of out of paradise bare bodied. Now, finding himself naked in front of angels, he hid his private parts (organs of shame) with the leaves of trees at once: Yakhsifaan…Jannah (Surah Araaf: 7, V: 21)
Translation: He began to hide himself with tree leaves.

Remember that the one who is sinful will not be eligible to Divine dress. It may be I or you. No day ever passes in which we do not add a sin in our account of deeds. Should we not worry about the hardships of Qiyamat, if we don’t have the clothing of God fearingness (Taqwaa)!

It was the impeccable Imam Zainul Aabedeen (AS) who used to pray at dawn during nights of the Holy Month of Ramadhan, remembering the nakedness of the Day of Judgement: Abkee…Zaleela. Meaning: I am weeping remembering the barebodied rising from grave. Come; let us all join the prayer of the sinless Imam (AS) Wa Albisnee…Lee. Meaning: O’ Lord! Dress me in Your Bountiful Mercy so that my mistakes may be covered and forgiven.

The Sinners Will Be Recognised

Translation: The sinners will be known instantly by their faces. Holding by their forehead hair and their legs they will be thrown in hell. First stage in the Grand Gathering field will be astonishment (hairat) which has been mentioned on a number of times in the Holy Quran: Muhti Eenz…Hawaa (Surah Ibrahim: 14, V: 43).

Eyes will make no movement due to extreme astonishment when one will be a sinner having a sign of that sinfulness along with him or her, which will make known to all in the grand gathering what sin he or she had committed.

A bottle of wine will be stuck to his hand when a drunkard will arrive in the field of Mahshar. (If you can remember, we have quoted the narration of Muaaz while explaining the Quranic words Fa Taa Too Na Afwaaja). God has sworn by His Might and Honour saying He will make the drunkard drink as much wine in hell as he had drunk in the world.

Scene Of A Drunkard In The Gathering Of Mahshar

It is mentioned in the book Layaali Al Akhbaar that the Holy Prophet (s.a.w.s.) said: When a drunkard will arrive in the field of Qiyamat his face will be dark, he eyes blue, his lips hanging and his saliva flowing over his chest upto his feet. His tongue will project out of his mouth. Anyone who will pass by him will suffer a lot of uneasiness due to the foul smell emanating from the drunkard’s mouth. The Holy Prophet (PBUH) also said: “By the God Who made me His messenger, the drunkard will die thirsty; that he will remain thirsty in his grave; that he will continue crying due to thirst for a thousand years. Thereafter, he will be made to drink the water of Hameem.

Faces Of The Usurers And The Musicians

When a usurer will rise from his grave his belly will become so big that it will drag on earth. He will not be able to get up despite trying to do so. He will be sitting bowing his head. All in the field of Mahshar will recognize him as the usurer.

A Musician’s Musical Instruments Will Be With Him

It is mentioned in the book Anwaar-e-Nomaaniyah that the Holy Prophet (PBUH) has said: Who plays violin will have a dark face and will be holding a violin of fire in his hands which will be knocking at his head. Seventy thousand angels of chastisement will hit on his head and face. A singer will rise deaf, dumb and blind.

The Condition Of Double Talkers

It is mentioned in narrations that those who have two tongues, meaning those who say one thing in front of people and another (opposite) thing behind their backs will be having two tongues of fire on the Day of Judgement. Those who were harming others with their tongues will have their tongues uprooted from their base in their mouths.

Proud And Adulterer People In The Field Of Qiyamat

There are also will be a group in the field of Mahshar which will be weak and valueless like ants. They will be the people who were showing their pride before others in the world. Such an offensive smell will emanate from the private parts of adulterers in the field of Mahshar that all will shriek and complain against them. Narrations indicate that every bad and sinful habit will give a similar shape or form to the sinner in Qiyamat whereby all will know what kind of deeds he was doing in the world. 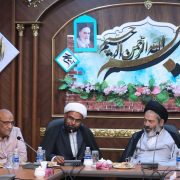 A Hajj official: connection with Shia Muslims will help maintaining integration among Muslims

Measuring the Backlash Against the Muslim Backlash