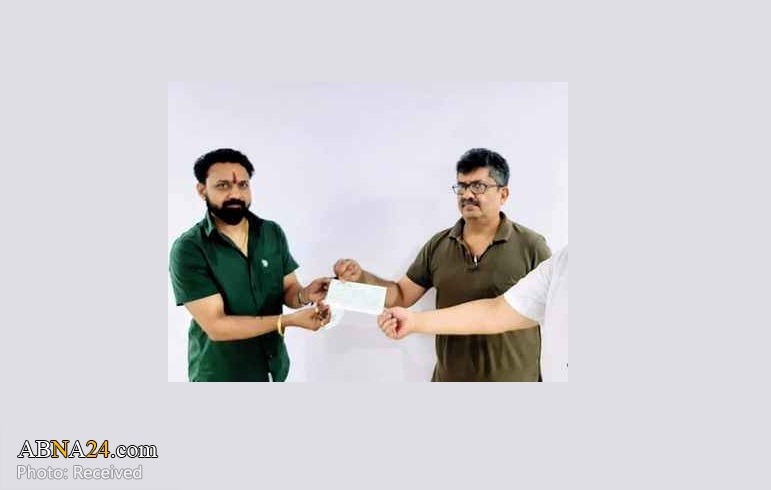 SHAFAQNA- ABNA: India’s secular fabric was once again reinforced when a member of the Hindu community made the first contribution towards construction of the Mosque complex in Ayodhya city in Uttar Pradesh, on Saturday. The Indo-Islamic Cultural Foundation (IICF) constituted by Sunni Waqf Board to build the Mosque, library, museum and community kitchen on 5acre in Ayodhya received the first funds to its corpus from an employee of Lucknow University, law faculty, Rohit Srivastava, who donated Rs 21,000.

The Trust accepted the cheque at its Lucknow office in presence of IICF secretary, Athar Husain and trustees Mohammad Rashid and Imran Ahmad. Talking to TOI, Rohit Srivastava, said: “I come from a generation, which is rooted in syncretism, where religious barriers blur. I don’t celebrate Holi or Diwali without my Muslim friends and they too don’t celebrate the festival of Eid without me. This is just not about me. This is the story of crores of Hindus and Muslims in India.”

“Our families never taught us to be misguided in the name of religion. And I appeal to members of Hindu community to come forward and donate generously for the Mosque to send out a message that Muslims are our brothers,” Rohit Srivastava added. Talking to TOI, Mosque Trust secretary Athar Hussain said: “The first contribution for building the Mosque came from a Hindu brother and this exemplifies the Ganga-Jamuni tehzeeb or Indo-Islamic culture.” 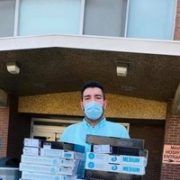 Photos: Who is Hussain? donation to New York hospitals
0 replies