As we have described in the story of Ibrahim (AS) and four birds, he caught and cut into pieces a crow, a cock, and dove and a peacock. Then he mixed their crushed meat so that it could not be separated from one another. Then, as per a narration, made seventeen heaps of it and put them at seventeen places on different hills. Then he took the head of dove in his hand called it out. In response, all the particles of its meat flew from every station and re-assembled to form the body as it was before being slaughtered and then it joined with its head. Then Ibrahim (AS) called out the peacock before the body of the peacock but it did not join. One’s head was not being joined with another’s body. In short, there is no chance of any error in the knowledge of God.

La Khalqus Samavaat…Ya Lamoon (Surah Momin: 40, V: 57) translation: The creation of all the skies is certainly a more difficulty job than that of creating the people (men). But most of them do not understand even this.
To create the skies and the earth, to fix separate orbits for the rotation of each of them, and to arrange their affairs etc are works which are greater and major than the creation of man. Now what is to be seen is that the One who created the skies will not be able to create a man again and to take account of his deeds?

A Wa Lais…Aleem (Surah Ya Seen 36: 82) Meaning: Verily God is able to do it. As and when He will wish, the Qiyamat will come up instantly. The moment Allah wishes all will become alive. For more details please refer martyr Ayatollah Dastgaib’s commentary Qalb-e-Quran (Explanation of Surah Ya Seen).

If intelligence tells that there is a likelihood of harm at a certain place something must be done which can avoid or remove that harm. For example, while passing through a forest or path there is a danger of a carnivorous animal or of looters or thieves who can harm our lives and or property then, even if this possibility is not certain, reason demands that we should not take that path and go by any other avenue where there is certainty of safety. Of course, such harms can also be of various degrees and kinds.

For instance, if the danger is about falling down due to rough roads way then man does not pay much attention to it. But if there is a danger of jumping over a pass which can risk life then surely it is a very serious matter. Then how dangerous and risky it would be to cross the bay of hell? So it is absolutely essential to take utmost care for avoiding every likely danger. Even the slightest possibility of a great harm makes it compulsory to take defensive steps. Here is an example for further clarification.

If Mind Hints At a Danger or Harm, Attention Must Be Paid

If a child tells you that there is a scorpion under your clothes and that it is crawling upwards. Will you tell him: You are a child. You do not know anything. We cannot believe you? No. You will never say so because there is a likelihood of a great harm. What is more important is a scorpion, not a straw or a stalk. You will, at once, take off your shirt and try to find out the scorpion even though you had no certainly of its presence. There was merely a likelihood or possibility. Yet intelligence says that such possibility is worth taking cognosance.

Or for example, you want to proceed on a journey. Someone tells you that you will not get any water anywhere on this route. The demand of intelligence then is that you should keep a vessel full of water with you. Now, if you get fresh water on your way, you will throw away the old water and fill up your utensil with fresh water. By so doing you will suffer no loss and save yourself from the possibility of remaining thirsty. But, if thinking that this is merely a possibility, you did not take a water vessel with you and found no water route then you will have to die of thirst and you will get nothing except grief and sorrow.

'The Rohingya Alan Kurdi’: Will the World Take Notice Now? 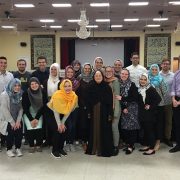 Iftar and dialogue program for Christians and Muslims in Washington

Do we have the right to ask about the Logic behind Islamic Laws? 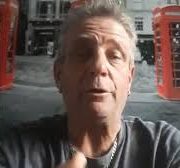