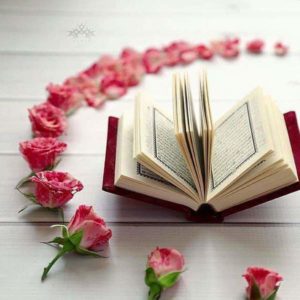 SHAFAQNA- I was born to British parents in Darussalam in Tanzania in 1964. I was educated at famous Roman Catholic Monastic School […] and went on to study history in the London University.  However, I left my education unfinished. Currently, I am working with an Islamic media company based in England and engage myself in Dawah activities [preaching] including lectures on Islam in London’s famous Hyde Park.

[…] I grew totally disillusioned with the British educational system.  It was thoroughly Eurocentric and projected world history in a way that suggested that the civilization attained its full glory and apogee in Europe.  Having lived in Egypt and seen some of the majestic ruins which only archaeologists have access to, I found the West’s interpretation of history totally fallacious.  I began a private study of histories of other peoples of the world, various religious scriptures and philosophy.  I was practicing Buddhism for nearly three years though never formally embraced it.

Study of the Holy Qur’an immediately attracted me.  Its message had a magical appeal and I grew convinced that it was a divine revelation.  I believe only Allah guided me, none else.  I don’t know what made me deserve Islam.

[…] I was dissatisfied with Christianity from the age of eight.  The concept that was taught to us through rhymes such as Hail Mary!  Was not at all acceptable to me.  While on one hand the Christians described God to be eternal and infinite they felt no compunctions in ascribing birth of God from the womb of Mary (SA).  This made me think that Mary (SA) must be greater than God.

Secondly, the Christians’ concept of trinity was puzzlesome for me.  The similitude like Canadian Maple leaf being one despite three sections appeared utterly inapplicable. The crunch came when an Egyptian started questioning me.  Despite being confused about the Christian belief I was trying to be dogmatic as most white, middle-class, English Christians do.  I was flummoxed when he led me to accept that the God died on the crucifix, thus laying bare the hollowness of the Christian claims of eternity and infinity of God.

I now came to realize that I was believing in as absurd a concept as two plus two is equal to five all through my adolescent years. The West’s prelaid, programmed life intensely repelled me.  I began to question if a person has to live a life merely to get strait-jacketed in a rigorous schedule.  I found Europeans struggling a lot to enjoy life.  They had no higher purpose in life. The West’s capacity to brainwash its people became plain to me when I discussed the Palestine issue with Egyptians and Palestinians.  […]

Egyptians were poor, suffered hardships, yet were happy.  […] But in England I found people shallow, materialistic.  They try to be happy but happiness is superficial.  Their prayers combined songs, dances, clapping but no humility, nor intimacy with God.

I realized that popular opinion in the West was totally hostage to the Zionist-controlled media.  The question of Palestine was one among these.  My conversation with Palestinians revealed as to how the West had believed in myths about Israel.  First among them was that the Jews had the right to return to their original homeland in Israel.  Secondly they conveniently described themselves Semitic while the fact was that most Jews of the world were Slavs who had later converted to Judaism.  Thirdly Israel’s economic miracle was theorized to create the economic and scientific myth.

The fact was that I never got to know the Palestinian side of the issue.  I got convinced that the people of the West were brainwashed by the media.  I found that the US was trying every trick to punish nations indulging in small violations of human rights in the third world but was itself sending death squads into Latin American nations to liquidate their leaders who refused to toe the US line.  Such hypocrisy is never criticized by the US media.

[…] The Western psyche emphasizes one’s individuality.  This is at variance with Islam.  Any sincere Muslim feels disturbed.  He or she is constantly bombarded by sex and sexuality.  Most girls lose virginity by 13 and it is normal for girls to have three to four boyfriends. The dilemma before Muslims in the West is as to how to integrate with a society so steeped in sex, drugs, drinks and sexual intimacy.  And if no integration, then how to save themselves from ghettoization.

US Muslims in Michigan, East Lansing gather to share experiences 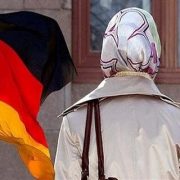